The LMP1 class is as low on numbers this year as it has ever been, but the action at the front has thus far proved just as fierce between the two factories. Toyota and Porsche have been close, despite Toyota winning at Silverstone and Spa to open the season, but this is where it really matters, this is what we’ve all been waiting for.

After Toyota and Porsche duked it out last year, with the race building up to an incredible crescendo with the change of lead on the very final lap as the lead Toyota faltered, it looks set to be another titanic battle once again between the two teams.

Can Toyota finally win its first Le Mans 24 Hours? Or will Porsche score its 19th overall win? Time will tell, and we can’t wait to find out at DSC.

Let’s take a look at the five contending P1 hybrids, and single privateer LMP1 runner set to take on the Le Mans 24 Hours:

What have Porsche got to bring to the party as they attempt a hat-trick of wins at Le Mans?

Their 2017 weapon is very much an evolution of last year’s car, measuring up against a Toyota that has taken a big step forward – is it enough for the German manufacturer when success has never been more important in a corporate environment where failure is absolutely not an option?

When these three names were announced as the full season #1 trio there were looks of approval around the room, all three are monstrously quick and effective.

Neel Jani is the reigning race and World Drivers Champion and the man most often tasked last year with adding pace when required to the Porsche attack.

Nick Tandy has developed a reputation too as an attacking driver, über fast and with astounding wet weather skills to boot.

Andre Lotterer was, unsurprisingly, snapped up by Porsche when Audi’s LMP1 team’s fate was sealed.  He’s simply a world class driver, focused, fast, smart in traffic, and eager to prove that he can do the same for his new paymasters.

If the 919 has the pace this crew will find it! 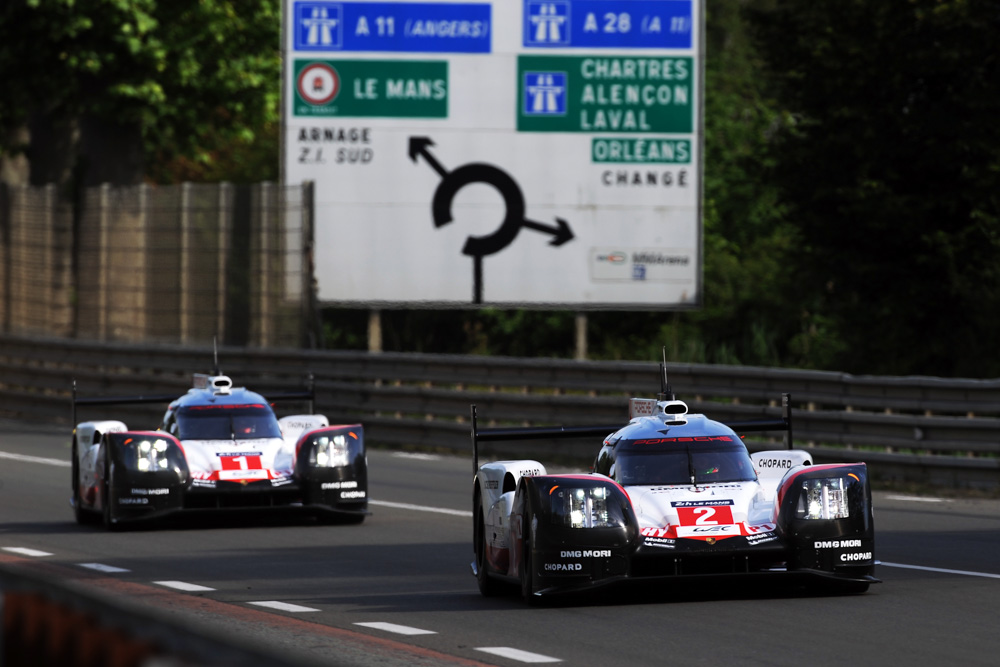 An engine change after a major oil leak at the test Day spoilt the game plan for the #2 squad and also affected the job list across to the #1 car too.

That undoubtedly meant we didn’t see the best potential pace from either with now open questions over whether the Porsches can match the speed we saw across the board from the Toyotas.

The reshuffled driver roster sees the #2 feature two young Kiwi superstars alongside the most experienced LMP driver in Porsche’s line-up.

Timo Bernhard has been a key component in building this Porsche LMP1 team, credited by both Brendon Hartley and the now departed Mark Webber with bringing together a mix of personalities to create a successful squad.  He has race winning success here with Audi, and World Championship winning form with Porsche and knows how to attack this race with LMP1 and in GT.  Is 2017 his year?

Earl Bamber is back with the LMP1 team for a full WEC attack after a 2016 season in the GT squad in the IMSA series, and as part of an ill-starred factory GT effort last year.  Prior to that of course he was part of the winning LMP1 trio in 2015, has forgotten nothing of what it took to achieve that and is hungry for more!

Brendon Hartley is the only man amongst the six Porsche factory LMP1 squad without a Le Mans win (yet) to his name.  Blindingly quick it has usually been a reliability issue that has stood between him and success here.  If the Porsche has the pace he is likely to be the one exploiting it to the max in this trio

Focus on the #1 squad might reduce just a little pressure here, and that could play very well for the #2 trio. 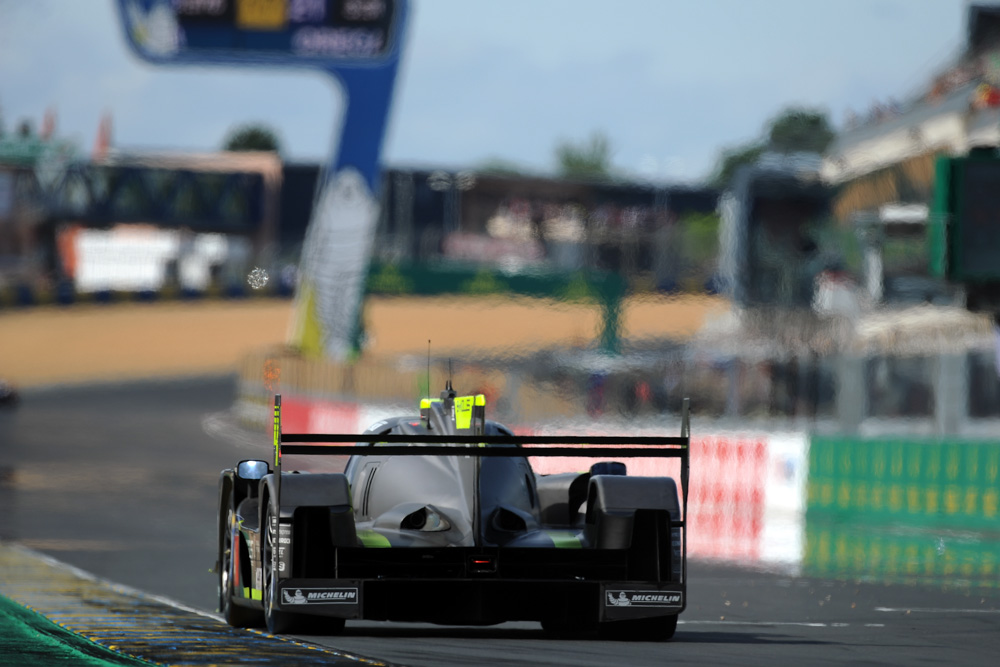 The sole privateer LMP1 this year comes from the oft-renamed ByKolles team with their newly re-engined beast.

In place of the twin turbo AER engine from 2016 comes the Cosworth-designed, NISMO badged three litre twin turbocharged V6 that last saw service at Le Mans in 2015 mounted in the front of the Nissan GTR-LM.

And it has been a successful start to the programme with the team scoring sixth position at Spa last month, finishing clear of the LMP2 field and running quickly and without trouble. That performance is going to have to be repeated over four times the distance if the feat is to be repeated this time out.

That’s a fair line-up, Bonanomi will be invaluable for the team in giving feedback and context to their performance, Webb abd Kraihamer are both capable of quick lappery too.

The clock is ticking for the effort though.  The team are set to withdraw from the WE after the next round in Germany to develop the car ahead of what is expected to be a resurgence of interest in the LMP1-P sub-class in 2018.  They’d love to do that with a real result, and lots of data, already in the bag. 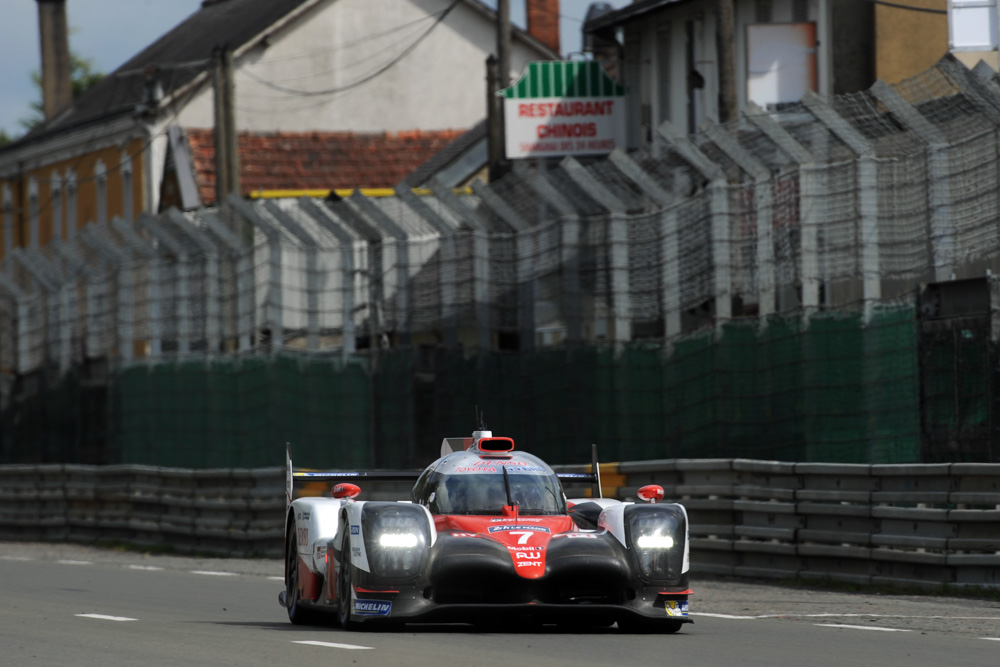 Toyota come into the 2017 Le Mans 24 Hours as hot favourites and, realistically, that favourite status will be pretty evenly spread across the #7 and #8 TS050s.

After the devastating circumstances of their race loss last year the fact that Toyota are back, and with a bigger team is something to celebrate.

The new TS050 is faster, seemingly more resilient, and there are three of them!  The pace so far this season has been good if not exceptional until we got to the Test Day when we saw something really rather special.  Both full season cars, carrying the low drag kit for the first time, put in lap times sub 3:20, and they did so, according to trackside watchers (and listeners) with a substantial lift approaching the Ford Chicane. We really could be on for all-time record pace in qualifying and in the race proper.

The early season aero controversy seems to be a distant memory and the brains trust at TMG in Cologne seem to have pulled a very impressive low drag kit out of the bag.

On the driving front all three men in the #7 are in great form:

Mike Conway has truly found his groove in the TS050 in recent months, it takes time for many drivers to adapt to the multi-tasking, systems-rich style required to get most out of the current breed of LMP1s and Conway was no different.  Now though his sting-long pace is excellent and single lap pace barely any less impressive, the Brit marking out a future for himself.

Kamui Kobayashi is another man who is finding what it takes to unlock the ideal blend of pace and efficiency, fastest overall at the Test Day his naturally aggressive style is great to watch, delivers blinding pace but needed to be tempered just slightly to exploit the strengths of his new ‘office’

Joining the full season pair for Le Mans is their 2016 team-mate Stephane Sarrazin, initially slated to anchor the third car but with the problems for Pechito Lopez, now moved over to the #7 for Le Mans only.  Sarrazin is a class act, a truly multi-disciplinary race and test driver who is long overdue an overall win here.  He’ll be an asset to this car – A win for the trio is certain to get short odds. 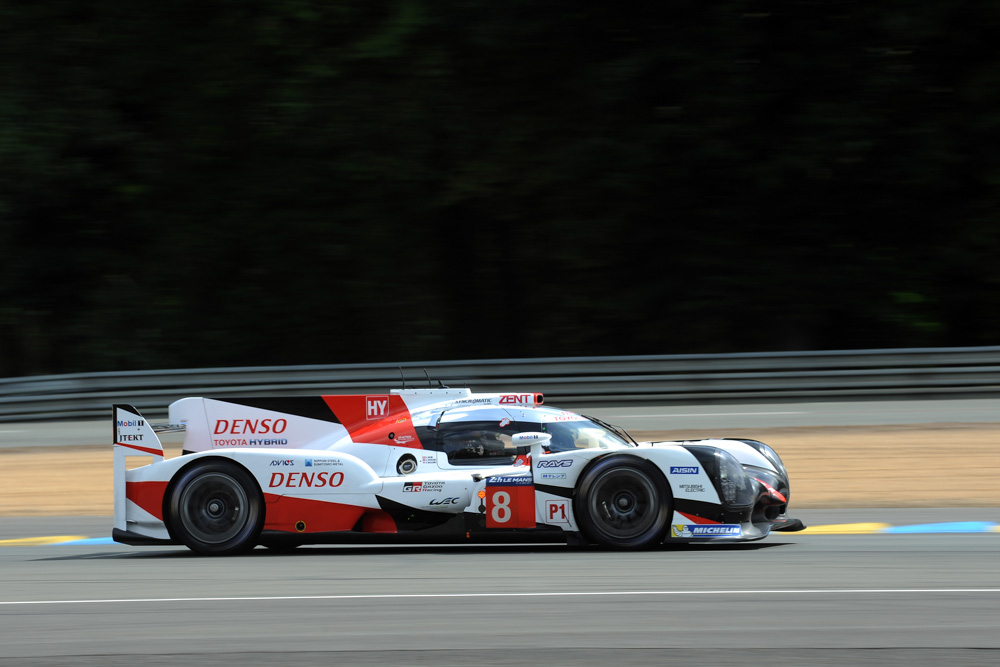 The most well established crew in LMP1, this trio has been together, with the odd race apart, since 2015.

Again all are world class, but with entirely different characters.

Davidson is born fast, feisty, and analytical, his ability to unpick the complex is a real asset to the team. He HATES to lose!

Nakajima is a racer’s racer, joyful in victory, miserable in defeat, blindingly quick – it was he that suffered the anguish of those last two laps in 2016, it could have ended the career of a lesser individual, for Nakajima it has unlocked steely determination to finis the job.

Sebastien Buemi is the inscrutable one, and possibly the fastest of all, dismissive of praise of criticism he is a driver of singular focus.

Somehow this trio works remarkably effectively – they will be in the mix throughout if circumstances allow, and what a story of the man who ground to a halt at the start of the final lap this year is on the top step of the podium 12 months later! 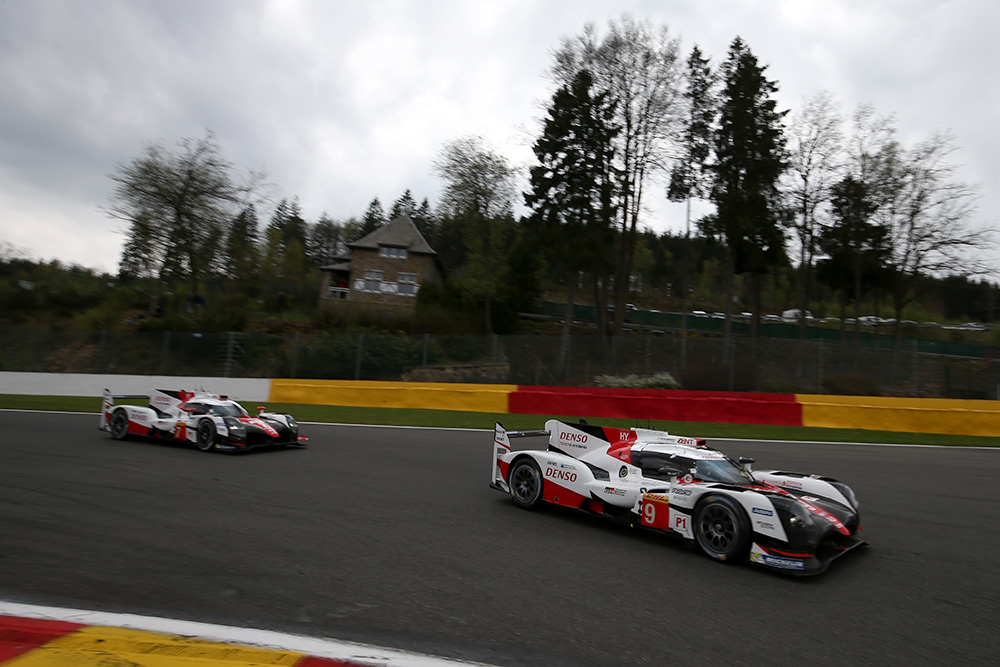 A late line-up switch around sees the #9 Toyota, the first time that the factory team have fielded a third car in the current era, number a pair of Le Mans Rookies and the return of their Prodigal Son.

Nico Lapierre returns to the team at Le Mans for the first time since 2014 after winning the LMP2 class here for the past two years.  He’s a driver of undoubted quality and character, absolutely ideal to help ground his two less experienced team-mates.  He’s also capable of playing the role either of tortoise, an effective moving blockade to allow the other pair of TS050s to get away from the Porsches, or Hare, being sent off to try to pull the 919s into pushing too hard, too soon.

Yuji Kunimoto arrives having earned his drive in testing over the presumed third man here Ryo Hirakawa. A race winner for Lexus in Super GT, he is also reigning Super Formula Champion beating Andre Lotterer and, amongst others, current McLaren F1 driver Stoffel Vandoorne, to the title.  He is though lacking meaningful time in the TS050 and his pace at the Spa FIA WEC round was worryingly off as he adapted to the very different driving style and disciplines of LMP1.  test Day though saw him unlock much more convincing pace.

Jose Maria ‘Pechito’ Lopez is a multi-Championship-winning World Touring Car Champion and makes the step up to a full season LMP1 campaign with Toyota in 2017.  It has not been an easy transition.  At the opening race of the season at Silverstone he suffered a very substantial off trying to get pace out of a car hobbled by a probem at the rear end.  That left the car badly damaged and Lopez with a back injury that was not well healed enough to allow him to race at Spa.

In turn that led to a decision to move the race rusty Argentine over to the third car and replace him for Le mans only with Stephane Sarrazin.  A further shunt in Spa in the week before Test Day after the team made a set-up error didn’t help either and it was therefore a pleasant surprise to see his pace at or around the required mark at Test Day proper.

This is clearly a car that is the third of three, but strange things can happen at the Le mans 24 Hours.  If the trio get a clean run through the week and can get away in the lead pack then watch confidence, and pace, increase!