What a month it´s been! Four weekends and for races, one taking me all the way to Thailand, with the last race of the months being THE race of the year: the 24h-Race at the infamous Nürburgring.

It all started with the second round of the Blancpain Sprint Cup. After our great opening round in Misano we aimed to put in an equally good performance, however, we suffered quite a bit of bad luck at Brands Hatch! After a tyre puncture in the qualification race, we lost so many positions that it was a tough-one to get back-up to speed in the main race. We still managed to finish in seventh position, but it was not the result we had hoped for, especially at such an amazing and old-school-track as Brands Hatch. I would have very much liked to have a better result there.

After Brands, I stayed in London for a few days of chilling, sight-seeing and simply taking in this amazing city, before heading to Silverstone for the second round of the Endurance Cup. It is always great racing in Silverstone and after our win last year, I was all geared-up to put in a good performance. And the race truly lived-up to it. Our Mercedes-AMG GT3 showed great speed right from the beginning of the weekend and Franck (Perera) qualified in P3 for the three-hour race. For those who wondered, we decided at the beginning of the season that we will always take our turns driving the fast qualifying laps. So that was the reason Franck was in the car. 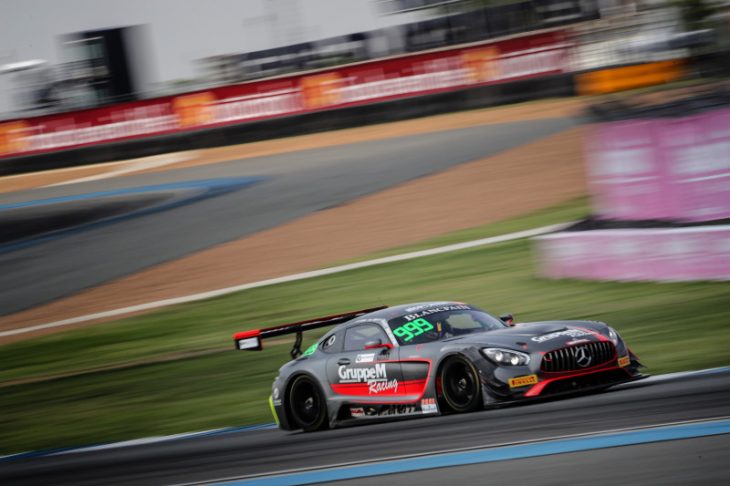 He did a great job and also had a really strong opening stint. Jimmy (Eriksson) was also doing very good and then it was down to me to go for it in the final stint. It was truly a nerve-racking and heart-stopping final few laps of the race, but it was so much fun racing against Christian Engelhart in the Lamborghini. It was such a close nose-to-tail battle, always fair, always safe, that´s what true racing is all about! We lost out on the win by 0.3 seconds, which is nothing considering you have been giving it all for three hours and in the end, it´s down to the blink of an eye. It was a proper good weekend for us at HTP Motorsport.

Not much time after that and I headed to Thailand where I was hit by humidity and very hot summer weather. I had driven in Malaysia before back in 2015, but I almost forgot how hot it gets in the car. For the two one-hour races I did at the Chang International Circuit it was ok, because for us drivers you had 30 minutes in the car per stint and that was manageable. 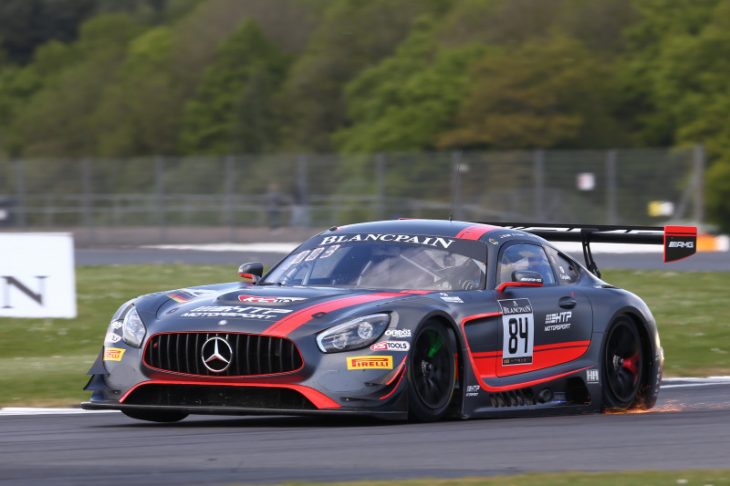 All around it was a satisfying weekend for GruppeM Racing. We came second in the first race and won the second. It´s tough out there and there are a lot of Asian drivers who have vast experience, it´s not that easy to go out there and just win a race, but we did it. 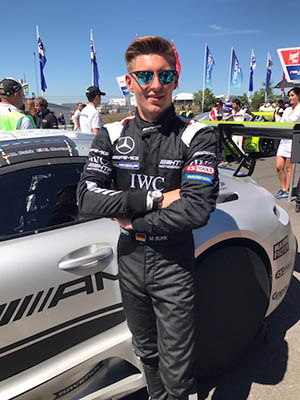 Back homebound and I managed to overcome the jetlag pretty well. On Wednesday, we headed to Nürburgring for my second participation in this amazing 24-hour-race. There really is nothing quite like it. I have driven many circuits and Bathurst in Australia, for example, comes close, but the Nordschleife is still the icing on the cake. Before we headed out on track there was a fan-event in Adenau and the turn-out was great. It was a lot of fun having all cars and drivers in one place, being greeted by a cheering crowd. Once we took to the track, we struggled a bit with the balance of the car, but the main issues were the tyres that simply weren´t made for the very hot, not Nürburgring-like temperatures. The tyres wore off quicker than normal and that made the job and the strategy even harder.

Despite that, we had a really good race, starting from 15th on the grid. I had a bit of contact in the opening round and lost some positions, but by night-time we had fought our way back up and were running in P6. It was all looking so good and we would have been really pleased with that result, but then the rain came. And since it´s Nürburgring it was not like slight drizzles and then more and more rain, no it was like somebody opened heaven and from one seconds to the next there was almost a standstill. I was completely caught off-guard and there was not much I could do. I felt so sorry for everyone in the team, we worked so hard, we always followed our goals, and then we lost out with 20 minutes to go in a 24-hour-race. There is not much more you can say to that.