The unveiling of a new small sports prototype the Pescarolo 04-LM, together with news of a new race series to accommodate the new car comes in the days before Onroak Automotive unveil their new sub-LMP3 offering during the week of the Le Mans 24 Hours.

It also raised the hackles of the man whose name the car bears, but who now has no involvement in ‘his’ brand after the collapse of Pescarolo Sport saw the assets and intellectual property of Henri Pescarolo’s team and engineering business in the hands of a number of other concerns.

The new Pescarolo 04-LM is designed to be eligible in V de V, Sprint Serie and 24H Proto Creventic, as well as in its own one make championship – ‘Pescarolo Racing Series’ with a programme to be announced soon. 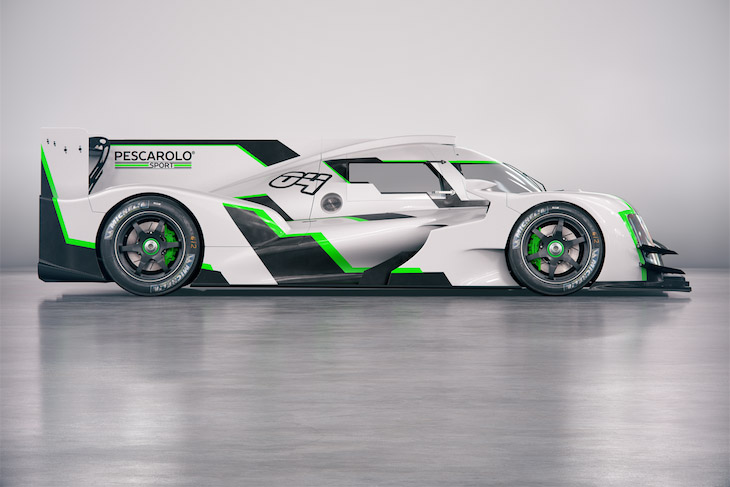 “After several intensive working months, we are very proud to introduce this new Pescarolo 04-LM. We have developed a chassis that meets the stringent constraints of high-level sport in terms of both mechanical rigidity and safety.” said project leader Jocelyn Pedrono.

“The Pescarolo 04-LM intends to position itself as a new level of the endurance pyramid, between the CN category and the LMP3. We will have various offers around this new prototype (sale / rental / arrive and drive) and complete training programmes.

“The new Pescarolo Racing Series will involve teams of 2 or 3 drivers for 7 races.”

The Pescarolo 04-LM will be also available in its version EXP (open or closed car) for driving schools with three adjustable engine mappings (200-250  250– 300  and 300–360hp) allowing beginners to progress.

A more advanced and powerful Pescarolo 05 will be revealed soon.

Vincent Capillaire and Christophe Tinseau are the two test drivers for the programme.

Whilst the press release announcing the new car specifically states that Henri Pescarolo has expressed pleasure that the revival of the brand is happening, Henri’s own comments publicly since have been rather less positive, he has not forgotten it seems what he still regards as a betrayal by his then partners when Pescarolo Sport hit trouble.