Multimatic has taken the lead role in the Riley Multimatic LMP2 programme, a potentially significant change from the beginnings of the programme where there was a shared lead, but with Riley Technologies leading the commercial aspects of the LMP2 (Gibson-engined) programme, and Multimatic on the Mazda DPI side of things.

The Riley Multimatic Mk 30 is one of the quartet of cars approved by the ACO for the new for 2017 LMP2 regulations.   The car was developed by a partnership between Riley Technologies, principally responsible for the mechanical aspects of the car, and Multimatic, principally involved in the chassis and underbody design and build with both parties having involvement in the bodywork and aero. 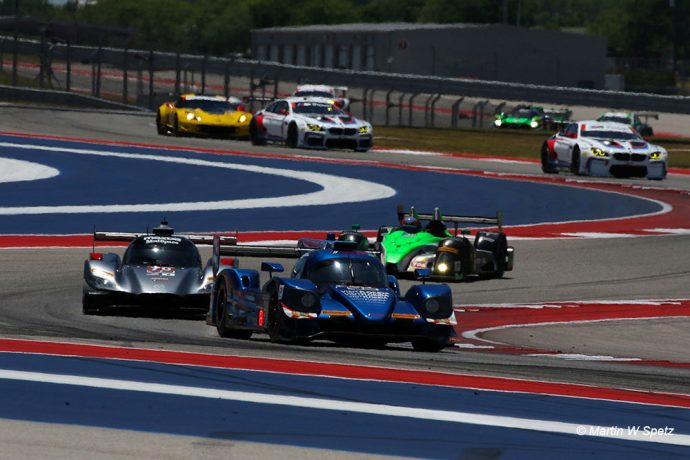 The catalyst for a change in the programme appears to have been a move from Multimatic both to secure the confidence of their Mazda factory partners, and a wish to deal in a timely fashion with some issues for the two current customers for the Gibson-engined LMP2.

“Bill and I are still great friends, always have been and I have a great respect for their company and for both Bob and Bill,” said Multimatic’s Larry Holt

“I made a commitment to Mazda that we would continue to be behind their efforts.  They were extremely happy with the support they got from us with what was, effectively, an old Lola, keeping it in the game for them.

“Mazda committed to DPi really early along with Cadillac, I wanted to do that with them but to do it you needed an LMP2 to do a DPI.  After looking at the commercial model I wasn’t that convinced with what I would need to invest.  I knew that Bill was interested in doing it, it’s their main business, and not Multimatic’s main business.  When it came down to it we knew that it was very likely that one of the four selected constructors would come from North America, effectively that came down between Multimatic and Riley.

“I sat down with Bill at Laguna Seca and suggested that we go together in partnership. That would make it possible for Bill to do what he wanted to do (develop a customer LMP2) and for me to do the things that Multimatic wanted to do (develop a Mazda DPI) and halve our level of exposure whilst virtually guaranteeing we would get the nod as the North American builder.

“All of that worked out very well but our philosophies about how we develop a car though are very different.

“We divided the car up – Multimatic did the tub and the underbody, we did the LMP2 aero together, we did all the aero ourselves for the Mazda in conjunction to the Mazda studio.  Riley meanwhile did all of the mechanical stuff. 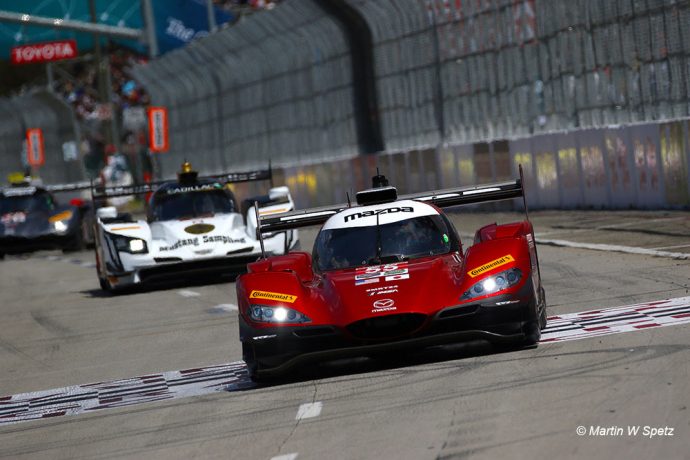 “Some of the work that Bill would have outsourced anyway we did for him (under a commercial arrangement) including the CFD work.

“The underlying car is quite competitive, we finished on the podium with the Mazda last time out and at one point, when it got red flagged in qualifying we were 1,2 and 4 with our chassis.

“Against that the Cadillac is a very fast car, the Dallara is a good car and the engine has amazing torque.  We meanwhile have had some durability issues that we shouldn’t have had, and, as they were areas that were proper to Riley, I was having to put Bill under pressure to get them fixed.

“With all of his other commitments though I think it’s fair to say that this was proving a problem.

“He has made a commitment to Keating Motorsport to run a car here which I don’t think is the right thing to do because I think there are things we need to do to make the car more competitive.  With that and other things we agreed that he has too much on the go to tackle all the other stuff that needs to be tackled from a durability point of view on the car, including some overheating issues. 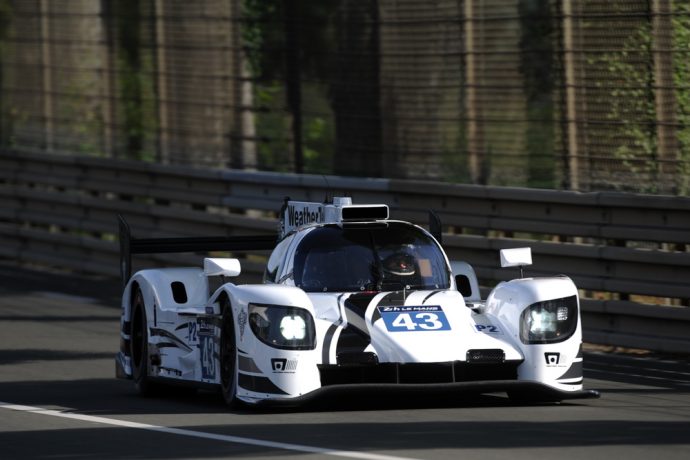 “I’m looking at what I need to do from a cooling perspective.  For sure the cars are under-ducted and that might be difficult with an homologated car but some of the things from a durability perspective I’m going to take to the FIA and see what can be done. Where that leads to in process we’ll see in good time.

“My total focus is in getting the Mazda to be a fully competitive package and that will have positive spin-offs for the LMP2 car.

“At the moment we are in the Lola wind-tunnel to see where we are before deciding what needs to be done next and where we go with that.”