After Kobayashi’s record-breaking pole lap, the mood at Toyota is one of cool confidence. More than satisfied with the team’s progress so far, there was clear expectation of a strong performance and that the disappointment of last year’s outcome could be reversed this year, even though the more experienced hands were cautious in their sense of anticipation.

Anthony Davidson: “We’ll approach the race in the same way, we’ve got to get the best out of ourselves and make no mistakes. Last year we deserved to win, but we have to treat this like any other race and try not to get too emotional. It’s going to be a hot, long and hard Le Mans, so we must keep a cool head. We know the job we have to do, we know what’s coming and what could prove a threat and make us nervous – we’ll make 500 overtakes every eight hours or so: at least one will be a bit dodgy…”

Hisatake Murata, Toyota Motorsport General Manager: “We were really surprised at Kamui’s time. The first sector was so fast – he exceeded expectations. Our objective is clear – to win.”

Kamui Kobayashi: “I made no mistakes with my lap and the track conditions were really good – all categories made records. I feel 100 percent confidence when jumping in to the car, and we just feel we’re in the best shape. If we have a smooth race with no issues, we should be 1-2-3.”

Pascal Vasselon: “We are always chasing the tyres, the best way to use them in the conditions and the best performance from the hybrid set-up. Michelin have done a good job, and we’ve developed the chassis. The aero was supposed to be a step back, but I’d say we’ve more than compensated. We’ve made a big step in our thermal efficiency, but the Sunday temperatures could be tough for some elements of our car and our drivers.”

Stephane Sarrazin: “Kamui did an amazing lap and we’re all excited – he’s flying this year. Going for pole with low fuel, new tyres and max power is a special feeling. We have an amazing car, but we mustn’t get over-excited. We know what we have to do. “

Mike Conway: “We have to feel confident – we have three cars with great pace, but we have to be careful how we execute this, doing perfect stints and being careful with our traffic management. We’ve had a great week and checked everything off the list. Lots of rubber has gone down so the track will be fast.”

Sebastien Buemi: “We’ve had a great to start to the season with two victories, especially the 1-2 in Spa, so it’s completely different to last year. We had a technical issue and hopefully that’s the last of the weekend. We wanted a good attack in qualifying which Kazuki managed. It’s always good to be on the front row, but we switched to focus on our race prep after that. We are happy and confident with the car.” 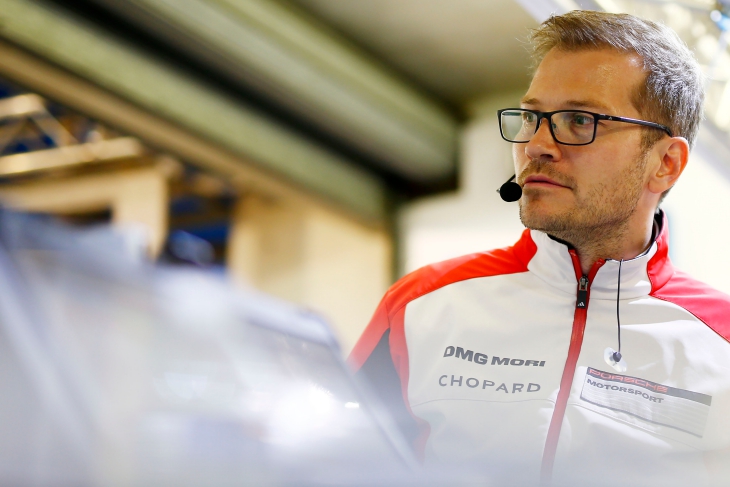 Elsewhere, commenting on Porsche’s approach to the race in light of Toyota’s apparent pace advantage, LMP1 team principal Andreas Seidl said: “For us in these conditions to match Toyota’s pace is not possible. We saw at the pre-test that they were easily doing those kind of times in those track conditions. But again the race is a different story. We’ve prepared well, had some good endurance runs, still we know that’s no guarantee of anything. We’ll fight for 24 hours, we know we have a great and consistent driver line-up and we’ll see where we end up at 3pm on Sunday afternoon.

“As regards strategy, we’ll have to see how many stints we can do on the tyres in the different conditions. It’ll be between three and four as every year and normally we try to keep the driver in for as long as the tyres last, but we’ll have to see if it’s so hot on Saturday and Sunday that we might change how we use the drivers. We’re normally able to change a driver within the refuelling time, so it shouldn’t be an issue.” 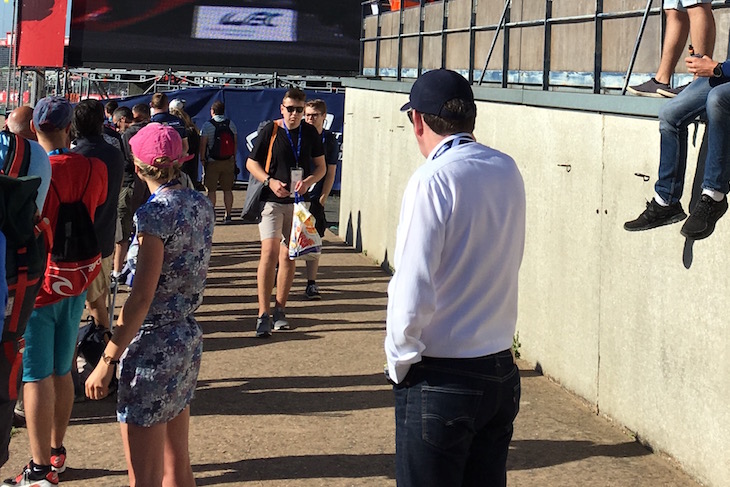 Finally, DSC went trackside during warm-up and spotted Peugeot Sport boss Bruno Famin in the tribunes opposite the start-finish line, watching the cars and conversing on the phone. PSA Group CEO Carlos Tavares (an occasional racer himself) is also present at Le Mans this weekend, Peugeot having contributed to the discussions that resulted in the 2020 LMP1 rules announced on Friday.

Porsche’s GTE Pro cars have been an eight kilo weight-break in pre-race BoP. This after the race organisers analysed Qualifying.

It is the only GTE BoP change.