The LMP2 class numbered 25 cars in total, professionally prepared and crewed by world-class driver talent. While Ligier, Dallara and Riley played their part, ultimately it was the largest representation of Oreca-built  chassis that delivered the race at the front – and what a race it was! This year’s edition of the 24 Hours will surely be recorded as one of the most memorable races ever seen in motorsport, the stuff of legend – although clearly not “mythique”. Credit is due to Gibson for providing a powerplant that proved itself bullet-proof in the kind of extreme conditions that usually test some of the world’s finest innovations in automotive technology to the point of destruction. Not a single Gibson unit failed. 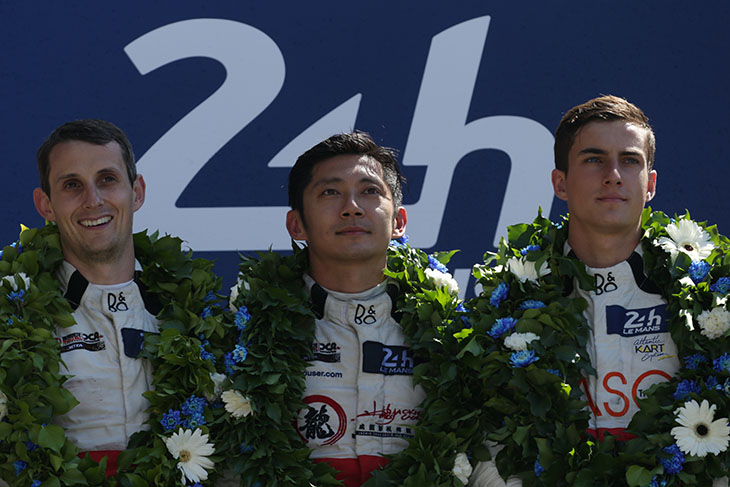 The main players were strong right from the start. Jackie Chan DC Racing, Vaillante Rebellion, Signatech Alpine and CEFC Manor TRS all ran Oreca 07 Gibsons, but it was the Jackie Chan DC outfit that delivered a historic win with their #38 car. Crewed by Ho-Pin Tung, Thomas Laurent and Oliver Jarvis, the #38 was supported by a hard fought third place from the team’s second car, the #37 driven by David Cheng, Tristan Gommendy and Alex Brundle. The JCDC cars were separated on the podium by the #13 Vaillante Rebellion entry shared by Nelson Piquet Jr., David Heinemeier Hansson and Matthias Beche; their second place the reward for a strategy and sheer driver pace that dealt with everything the heat, the competition, their own machinery and the stewards could throw at them. 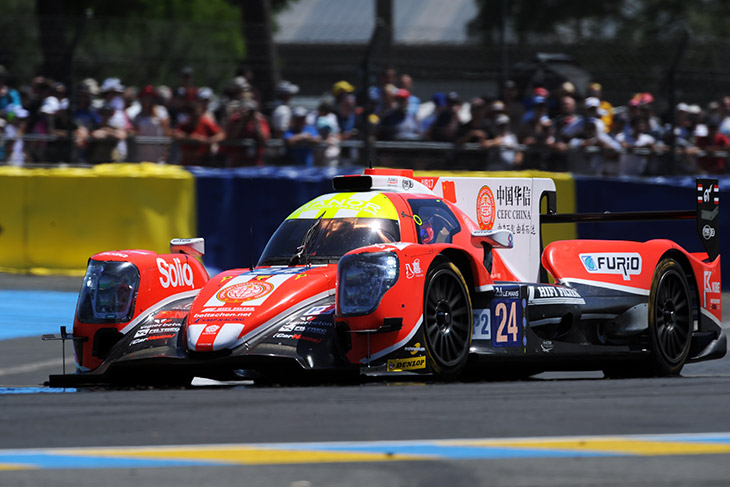 Nobody takes an easy win at Le Mans and the fight at the front of LMP2 was of truly epic proportions. The category provided the main prototype attraction in a race where the higher-profile LMP1 Hybrid class simply failed to deliver . Yes, an LMP1 hauled itself back to win overall, but once the fallout began it was the LMP2 field which took centre stage, delivering a show that all the participants can be proud of. The class-winning #38 JCDC Oreca 07 Gibson was the first LMP2 car ever to lead the Le Mans 24 Hours overall, and it did so for  a significant period of the race.

There were records broken at Le Mans this year, and statistics that will no doubt be investigated in depth elsewhere, but although Jota Sport, who ran the car, will be celebrating a second win at Le Mans, this is significantly the first time a Chinese-flagged team has taken a class victory. 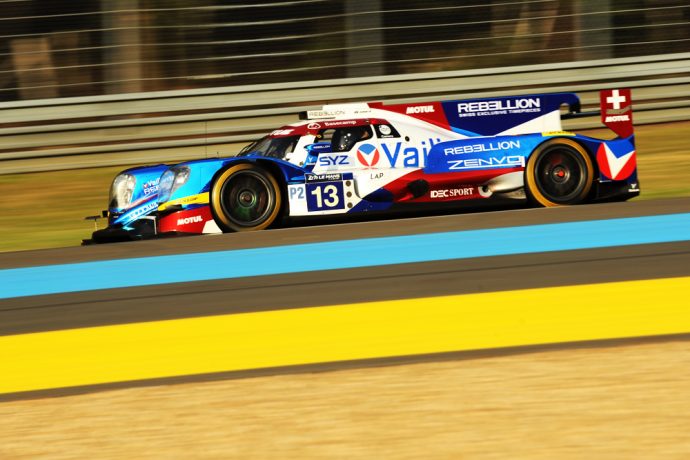 Regulars G-Drive Racing entered two cars, but despite pole position for the #26, these hit trouble early in the race, largely through mechanical issues or driver misjudgement.  After this they were never really in contention. Similarly, TDS Racing also showed early form, but their car also struggled to stay in touch. They would also draw criticism for a particularly careless move by Matthieu Vaxiviere that caused a huge accident for the Risi Competizione GTE Ferrari. Their punishment, undeniably deserved, effectively put the TDS car out of contention.

CEFC Manor threw everything they had at this race, and their ex-F1 star drivers Vitaly Petrov and Jean-Eric Vergne added excitement and raw speed to the LMP2 field. They fought hard, but only one car would make it to the flag. Signatech Alpine , defending LMP2 title-holders, gave another strong showing, especially through the night, but ultimately could deliver only fifth and eleventh places. The team’s #35 car stayed in the hunt all the way to the flag, with Nelson Panciatici, Pierre Ragues and Andre Negrao chasing the podium until their car suffered an off-track excursion.

Well prepared and delivering close racing to the very end, LMP2 has much to be proud of this week.