Lawrence Tomlinson was busy messaging the DSC Editor in the Radio Le Mans booth during the 2017 Le Mans 24 Hours, from his helicopter!

It was one of the best views in (or rather above!) the house, but neither he, nor Technical Director Ewan Baldry got to watch the dramas that were to emerge live as they made their way back to the UK, work progressing on their 2018 LMP1 car at a pace:

“We had to get back for meetings but it was a very interesting race, it shows how tough it is for the manufacturers to race as hard as they need to for as long as they need to. It cemented really the fact that we have to have three major priorities for the new car:

So where are you now in the programme?

“We’ve finished the first batch of wind tunnel testing at Williams Advanced Engineering and have four more to go in our current arrangement. 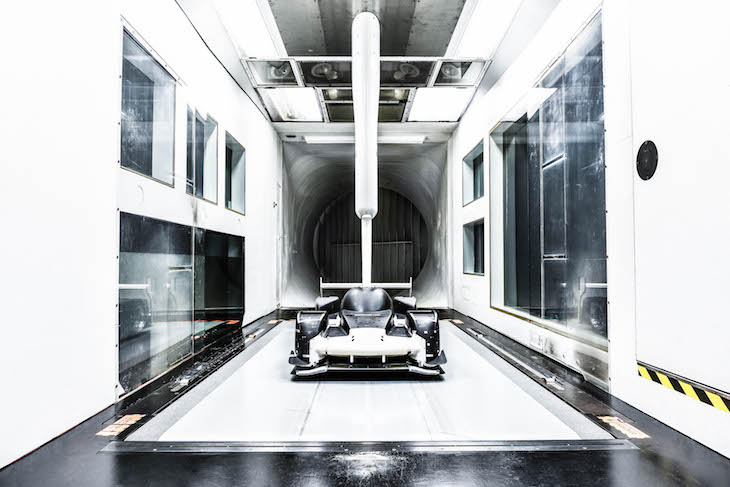 “The initial numbers are very, very good. Good enough that I’d be happy to sign it off right now, but it’s exciting to know that there’s so much more to come.

“The car is already fast enough but the aero programme has several iterations to get through with several cycles of CFD and wind-tunnel work to complete before we get to where the programme actually wants to be – and , more to the point, knows it can achieve.”

I’d be happy to sign it off right now

And when will we see the first car?

“The first tub is in manufacture right now, the engine and gearbox will be a little longer but we will have the car on track in November. There are 30 hour tests in the plan before the 2018 FIA WEC.” 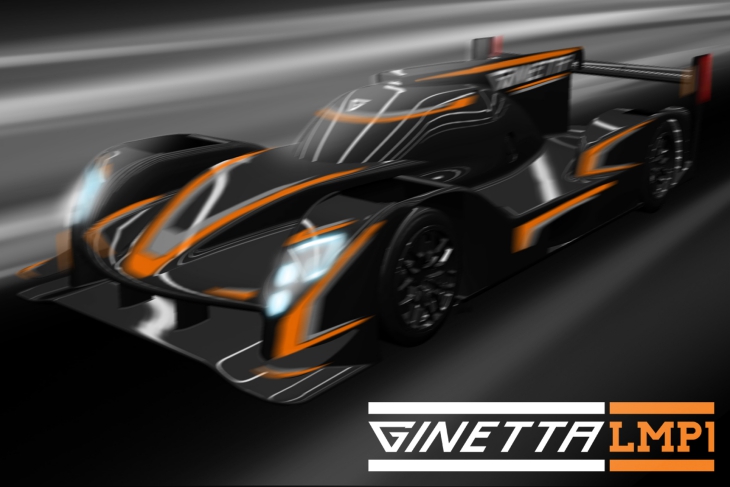 What can you tell us about potential pace?

“The engine is already well known, is already giving over 700 bhp and will get the head change to give us direct injection. That gives us the required engine efficiency as well as the power.

“We then have to find out how much fuel flow we’ll get but with already 100 hp more than an LMP2 and with more advanced aero in a car that is 100 kg lighter we know that it is going to be rather faster than 3:25 at Le Mans!

we know that it is going to be rather faster than 3:25 at Le Mans

“Mechachrome already have thousands of kilometres of running on the engine.

“We know that the rule makers want us to be slightly slower than the factory cars. After seeing what the factory cars were capable of in qualifying that leaves plenty of options for some very quick pace!!

“Of course they have some real advantages, torque vectoring, hybrid punch out of the corners. But we have some pluses too, including better weight distribution (no powered front axle) and I think we have some surprises up our sleeve on the aero front.”

So you are confident that your car will be able to run well ahead of what are proving to be very fast LMP2s?

“Look at it this way. The leading lot of LMP2 cars that were in contention came down to around five or six with Deanny (Richard Dean’s United Autosports Ligier) the last of those. They either didn’t have the ultimate pace to defend from the Porsche or had some significant problems in the latter part of the race. Whilst they looked close together the reality was that the spread was around five laps, or around 20 minutes.

“If the cars that Porsche had been trying to chase in this year’s race had been 5-7 seconds per lap faster and more reliable then you wouldn’t just have won, you’d have swept the podium!”

You’ve been at Le Mans with meetings with potential customers, and there are more to come?

“At the moment we have more serious interest than we will have cars available. The plan is for 10 chassis: A development car, we hope three teams of two race cars each and a spare tub for each of those teams.

“Obviously I’m not going to name names but there are some serious players involved in those conversations. I am confident that we’ll have some news in due course that will be pleasantly surprising!”