Driving a highly-modified, bespoke Norma MXX RD Limited prototype, Dumas managed a 9:05.672 run. It wasn’t quite as quick as his 8:51.445 in last year’s hill climb, after broken spark plugs early in the run cost him valuable time. But the victory is still nevertheless an incredible achievement from the Frenchman, and made for thrilling viewing (below).

“It’s difficult to put words to this victory,” Dumas said. “The primary objective was to win, which is what we did and it’s never easy here. Never. I even questioned whether I’d get to the summit. The second objective was to get closer to the outright record. After the practice days, we had a decent idea of what kind of overall time was possible.

“But unfortunately, this will remain a hypothetical time after the broken spark plugs, and that’s disappointing. We got first place but we wanted so much more that I’m unable to feel completely satisfied today.

“The overall time shouldn’t overshadow the hard work from everyone involved,” he added. “With Norma and all the RD Limited team members we’ve never prepared so well for this race and we had everything going for us.

“I’m really proud of these guys and I’d like to thank our partners and everyone who supported us and believed in us, and who made this project possible. Who knows what the future holds, but whatever challenges lie ahead, we’re going to learn from this and be even stronger.”

Dumas’ time was 28 seconds faster than the competition. Second overall was PWC regular Peter Cunningham, who tackled Pikes Peak for Acura Motorsports in a modified RealTime Racing-run, all-wheel-drive Acura TLX GT – used by the team in the team’s 2014 and 2015 PWC campaigns. 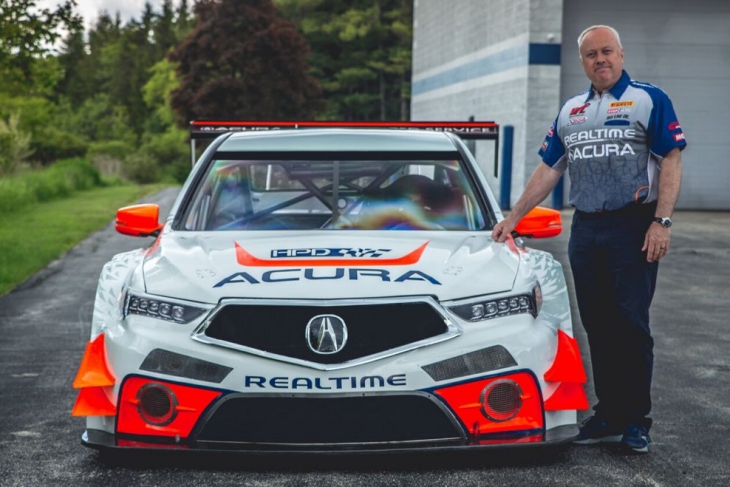 The American – a rookie in the event – set a 9:33.797 on the 12.4-mile course, to win the Pikes Peak Open category and set the all-time record for the class. It earned him the 2017 Pikes Peak Rookie of the Year award.