Since my last column, it’s been flat out, for the two biggest events of my season – the Nürburgring 24 Hours and Le Mans 24 Hours. Both are now over, and the summer has begun.

Neither race produced the results I’d hoped for, but the experience was phenomenal, and my performances were both notable.

Let’s start with the ‘Ring 24, which was a real baptism of fire, as my first 24-hour race.

Even with my two VLN appearances and the N24 Qualification Race under my belt heading into the N24, the main event was a different animal. It’s an incredible event, with such a unique atmosphere, there really is nothing else like it in motorsport. And to be able to share my first run in the event with Schnitzer, which holds the record for most overall wins in the race, was a real privilege.

It was never going to be easy, me and my teammates Augusto Farfus, Timo Scheider and Antonio Felix da Costa hadn’t driven as a quartet prior to the race. But we worked together perfectly, and felt like a brotherhood by the start of the race. In fact, the entire atmosphere within the BMW camp was close knit, we all bonded together well and that made the experience far easier as a rookie. 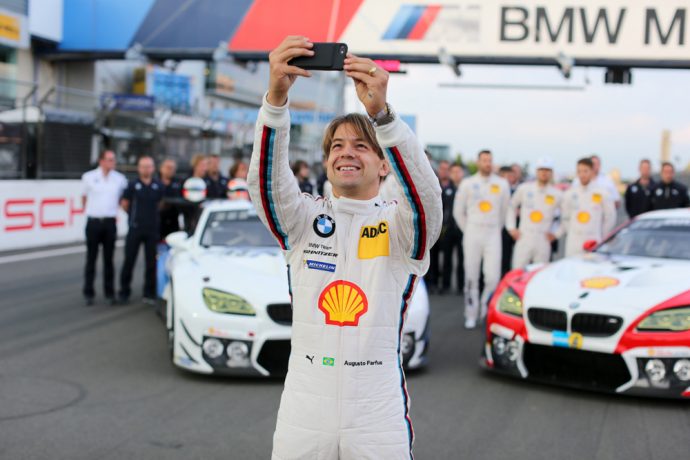 The car itself did too, the M6 GT3 is a stunning car to drive, and when you’re pushing it around the Nordschleife, it responds incredibly well to the surface changes and undulations. We knew we’d be competitive in the race, and have a chance at the win.

In the race we ran incredibly well, the first half was all about surviving until the morning and keeping within striking distance, and we did just that. I got in for a triple stint in the night, and it was one of the best experiences I’ve ever had in a car, the conditions were perfect and I was on the limit every single lap.

The M6 GT3 is a stunning car to drive, and when you’re pushing it around the Nordschleife, it responds incredibly well to the surface changes and undulations

Getting through the traffic was so difficult though, as the visibility around the circuit is so poor in places. The closing speeds are so different to racing in a prototype and coming up to a GTE too, so you really had to be concentrate and trust your instincts.

By that point in the race, myself and teammates had really got in the groove, to the point where every pit stop would end with the driver getting out aggressively fist-bumping the driver getting in and shouting “Send it!”. I’ll never forget the camaraderie we had. 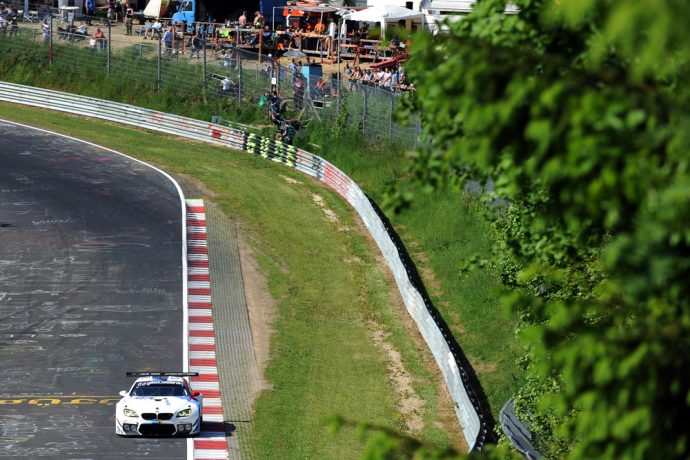 As the race began to draw to a close, and the morning wore on, we were in with a shot, chasing down the second-place car, and with just five hours to go, we felt challenging for the win was a real possibility. But as Antonio and I were eating breakfast, we heard the news that Augusto had been forced to retire the car after he was hit by a slower car. The deflating feeling was unlike anything I’ve ever experienced, to come that far, and do that well, only to retire in the final run to the flag was a real shame.

To make matters worse, when the rain came and mixed it all up, I felt sure that we would have had a real chance. But there’s so many ifs and buts with motorsport, and in the end we didn’t make the finish; instead we were pleased that Augusto was unharmed, and proceeded to cheer on the ROWE guys, who in the end finished second.

I’ll definitely be aiming to go back in years to come though, and challenge for the win, the experience as a whole was incredible.

My run in the Le Mans 24 Hours was much the same story as at the ‘Ring, with a ton of potential, but no hardware to show for it.

Le Mans race-week is all about conserving energy, as my manager Alex Wurz explained: “If you can walk, walk and don’t run, eat when possible, and sleep as much as you can, because you’ll need it.” And I did just that, it’s just that in the end, I didn’t need it.

I was able to showcase my ability though, in Qualifying. The night Qualifying on Thursday was incredible, the conditions were perfect, as was our G-Drive Racing ORECA. When Vitaly Petrov set the 3:25.5 to put Manor on provisional Pole, I knew that was a benchmark, but also beatable. 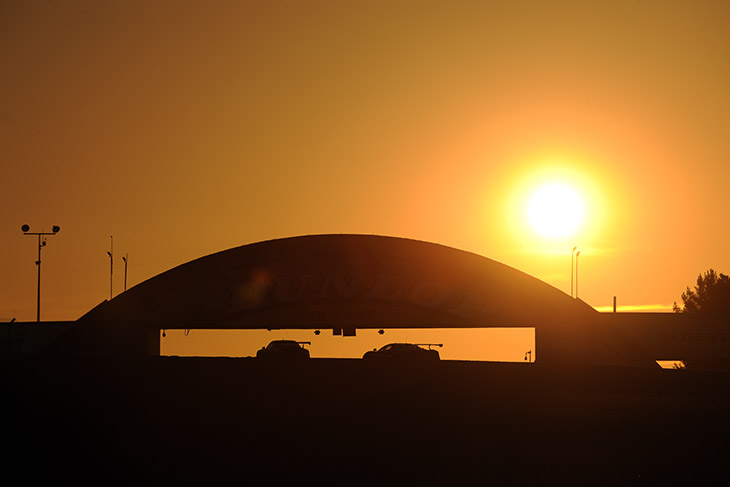 So I went out for a one lap dash to try and take Pole and in the process break the LMP2 lap record. In the end I was gifted a clear lap, with only one bit of traffic, as the light began to fade. I knew it was on halfway through the lap, and consequently had a perfect run through the Porsche Curves to seal it with a 3:25.352. After that, I sat back, and watched everyone else try and match me, throwing tyres at their car and pushing.

In the end that was the achievement, a great feeling, it was the fastest night in Le Mans history, and in my first start, to be able to come away with a record was just incredible, a real privilege and a testament to how hard the G-Drive team works.

The race though, didn’t bring the same fortune, as Roman started the car and had an off, retiring the car before I had the chance to get in.

The night Qualifying on Thursday was incredible, the conditions were perfect, as was our G-Drive Racing ORECA

But that’s racing, it happens, and I’ll be back next year with the same ambition.

I was however, able to sit back and take a look at the state of LMP2 during the race week. There’s a disparity between the chassis manufacturers, and ORECA clearly has it right with its low-drag package. But the class will evolve in the four-year cycle, and the other manufacturers will come back stronger, and with upgrades, they’ll be pushing the boundary, and that’s what you want to see in LMP2. 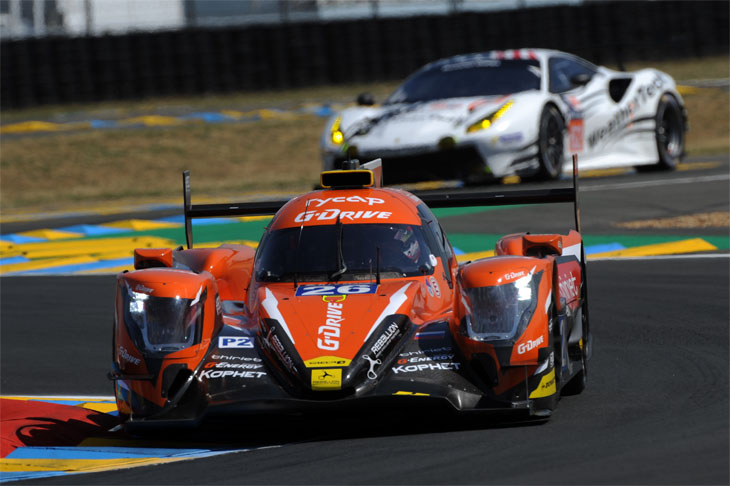 Next up on my sportscar racing calendar is the 6 Hours of Mexico. I’m not racing at the Nürburgring, as instead, I’ll be making my debut in Formula E with DS Virgin Racing.

I wish the G-Drive guys the best of luck though; I hope they keep the seat warm for me, as by the time we head to North America, I’ll be chomping at the bit to get back in the car.