The final European FIA WEC round is upon us, with the teams and drivers travelling to the Eifel Forest for the 6 Hours of Nürburgring.

Here’s an overview of the GTE classes and what you should look out for this weekend:

After arguably the best race in GTE Pro history last month in France, the GTE Pro class is back in action, and the entry list features almost no changes,

There’s no new teams, and nobody missing either. The only real difference between the GTE Pro field for the 6H Nürburgring and Le Mans – aside from the additions of the IMSA runners – is the driver lineups, with all but one of the teams reverting back to two-driver lineups and one driver swap.

The #97 Aston Martin will continue with a three-driver crew after Daniel Serra impressed mightily at Le Mans, winning the class with Jonny Adam and Darren Turner. The #71 AF Corse Ferrari meanwhile, will see Toni Vilander partner up with Davide Rigon in place of Formula E-tied Sam Bird. 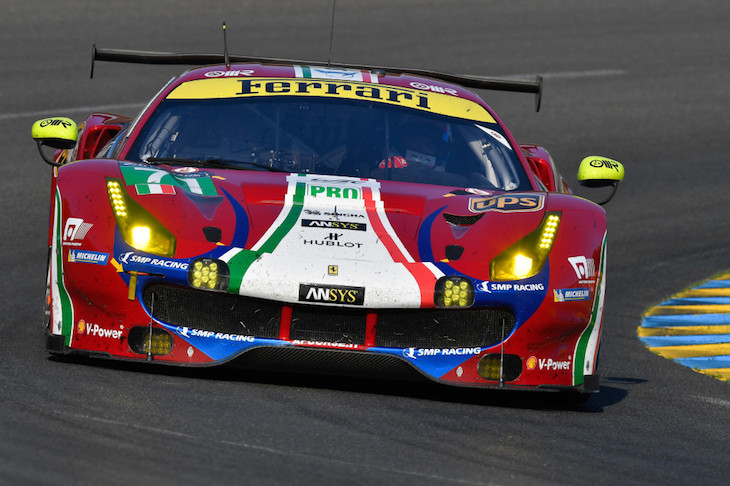 It’s good to see Vilander back, after over a year away from the WEC. With his extensive experience racing in the 488 with Risi Competizione over in IMSA, he should fit right back into the AF Corse camp.

GTE Pro’s title fight looks set to be the best of the bunch following Le Mans. As it stands the #67 Ford leads the way, after Harry Tincknell, Andy Priaulx and Pipo Derani (who as it stands will not race as the third driver going forward) finished second at Le Mans, and by just 11 points over the #97 Aston Martin.

Last year, after a pit fire the #67 had a rough time at the ‘Ring, so Tincknell and Priaulx will be looking to get a positive result and hopefully extend their championship lead. 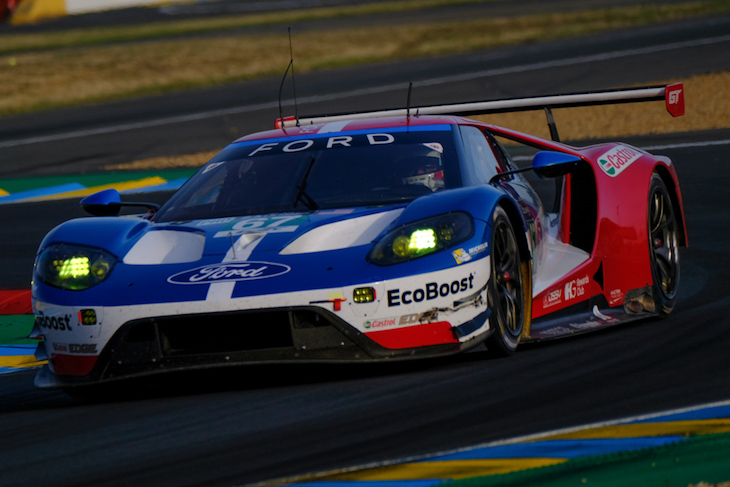 It has the potential to be a lot closer between the GTE Pro teams though, with the new ‘automated’ BoP coming into effect for the first time.

The changes of course, are not based on the form at Le Mans (which had its own separate system), and instead, how it panned out at Silverstone and Spa, so it should come as no surprise that the most notable change concerns Aston Martin. Its Vantages have been given a weight break and larger restrictor for Round 4 after struggling for outright pace in the UK and Belgium.

It could give the British team the boost it needs to keep the #97 in the title fight all the way to the finale. 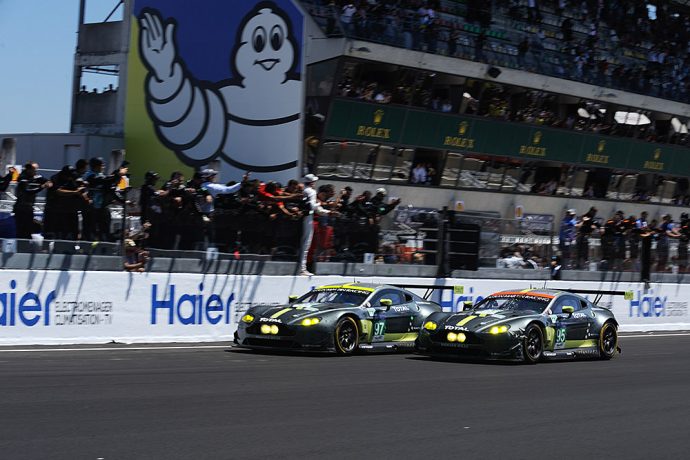 While the #97 Aston and #67 Ford are firmly in the title race, their sister cars – the #95 Vantage of Nicki Thiim and Marco Sorensen and #66 GT of Stefan Mucke and Oliver Pla – will be aiming to score valuable manufacturers points, after leaving La Sarthe far back in the title fight. Ford leads by nine points over Ferrari, 22 over Aston and 45 over Porsche.

As it stands only Porsche is yet to win a race this season, after Ford won at Silverstone, Ferrari won at Spa and Aston won at Le Mans

Speaking of Ferrari and Porsche, both teams will be looking to compete for an important win before the flyaway to aid their championship chances. As it stands only Porsche is yet to win a race this season, after Ford won at Silverstone, Ferrari won at Spa and Aston won at Le Mans.

The 2017 Porsche 911 RSR has yet to have its true potential unlocked, that’s clear, so to score a big result on home soil would be mean a lot to the team. 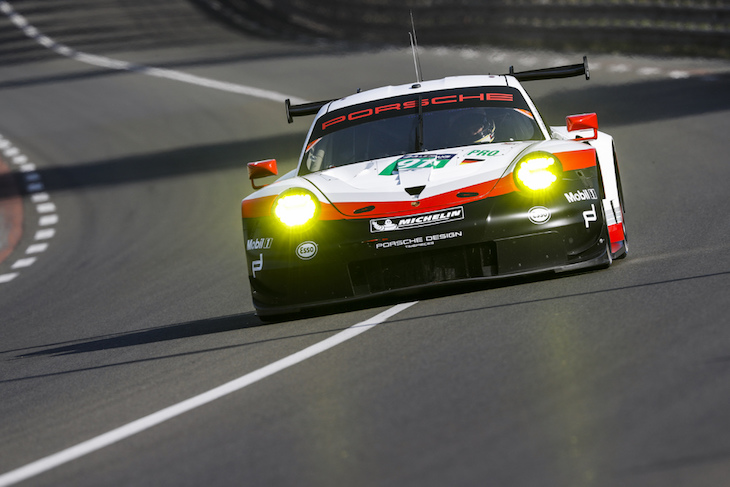 Will the Nürburgring mark the turning point for the Weissach-based team?

Like GTE Pro, the Am field remains unchanged in terms of numbers, and in this instance, there’s no difference in the driver crews either.

The Driver’s Championship title race is crucial though, and at the top is tight between the top three. The #61 Clearwater Ferrari of Keita Sawa, Matt Griffin and Mok Weng Sun have 76 points, just six more than the #98 Aston Martin crew and 13 over the Proton Porsche of Christian Ried, Marvin Dienst and Matteo Cairoli. 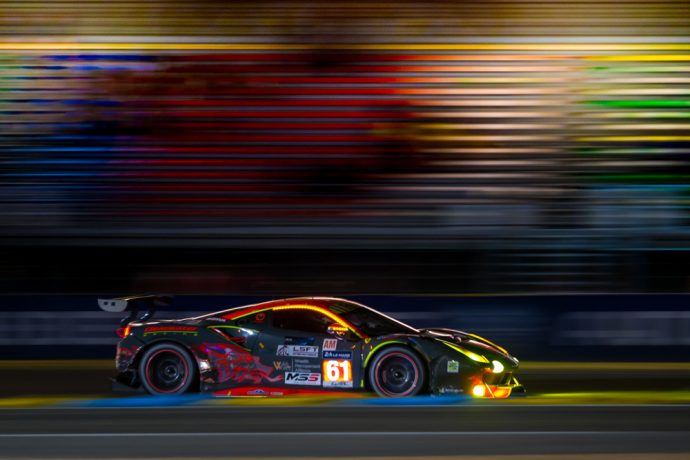 At Le Mans, the 50 points went to the Sprit of Race trio of Aaron Scott, Duncan Cameron and Marco Cioci after their great performance at Le Mans. As entered WEC drivers, they’re eligible for points, but the team isn’t, so it denied Clearwater’s trio of a win despite being the first of the WEC full season crews to take the chequered flag.

In the Teams championship meanwhile, it’s meant that it’s a bit of a different story. The Clearwater team scored 50 points at Le Mans as the highest placed WEC team, and now lead by 14 points over the #98 Aston Martin. It’s by no means a dominant lead, but it’s a little more healthy.

Clearwater is searching for its second win of the season, while the chasers will be hoping to claw back the gap

The race in Germany will therefore be a big one for all the competing teams, Clearwater is searching for its second win of the season, while the chasers will be hoping to claw back the gap.

The only BoP change (which for GTE Am is the old system) is a 0.2mm smaller restrictor for the Aston Martin, which will aid the team in trying to score its second victory of the season, after Paul Dalla Lana, Pedro Lamy and Mathias Lauda’s great performance at Spa.

They’ll be looking to leave the result at Le Mans behind them, in which once again they failed to win the class after leading it during the race. 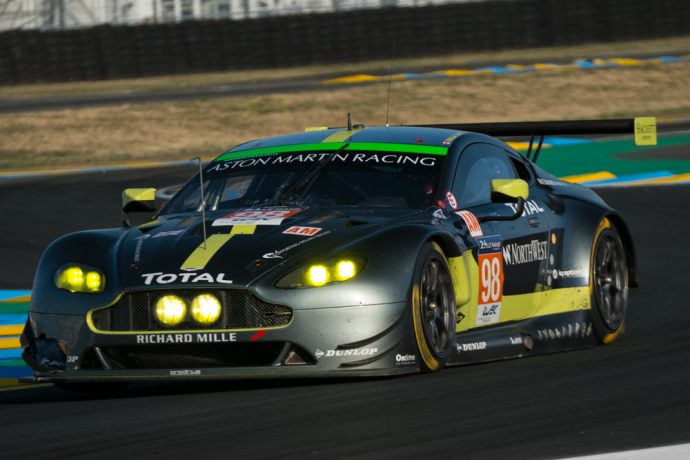 The fifth and final team on the entry is of course Gulf Racing, which had another strong run to the finish at Le Mans, which will cost the confidence of Mike Wainwright, Nick Foster and Ben Barker. The older Porsche may not be the quickest in the class, but Foster and Barker are proving to be an extremely strong Pro pairing in the Am class.

A podium finish at the ‘Ring would go a long way.