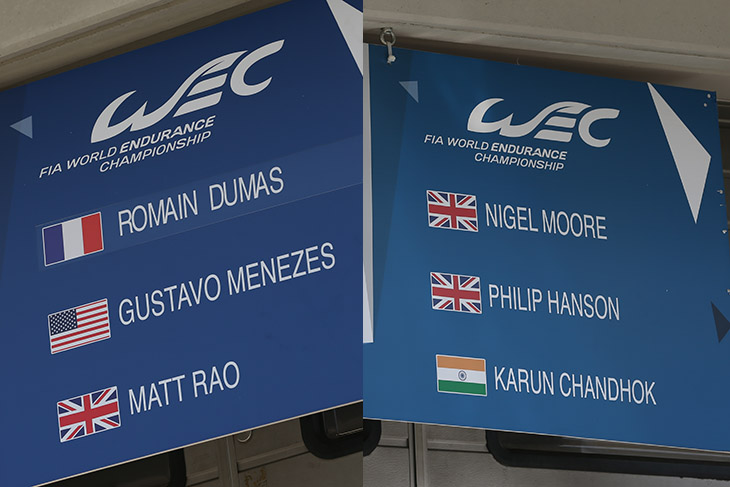 There are plenty of driver changes for this year’s 6H Nürburgring, with many of the driver boards in pit lane still not up to date with the new faces or absentees.

Ford will not race with either Billy Johnson or Pipo Derani (who’s driving here with Rebellion) this weekend, Toni Vilander’s name is on the #71 AF Corse Ferrari, Karun Chandhok is not racing with Tockwith in LMP2, Nicolas Lapierre is back with Alpine and ByKolles’ third seat is still taken by Marco Bonanomi. Filipe Albuquerque is the other Rebellion superb as the clash with Formula E’s New York docks street race makes an impact with Roberto Mehri making a one-off return replacing Jean Eric Vergne in the #24 Manor Oreca, Ben Hanley replacing Alex Lynn in the #26 G-Drive car (Lynn in turn taking Pechito Lopez’s seat in Formula E!)

As planned Miguel Molina reverts to his full season GTE Am gig in the #54 Ferrari after racing in the #71 GTE Pro car at Le Mans and Daniel Serra makes the #97 Aston Martin the sole triple crewed GTE Pro after having his deal extended following the team’s Le Mans race win last month. 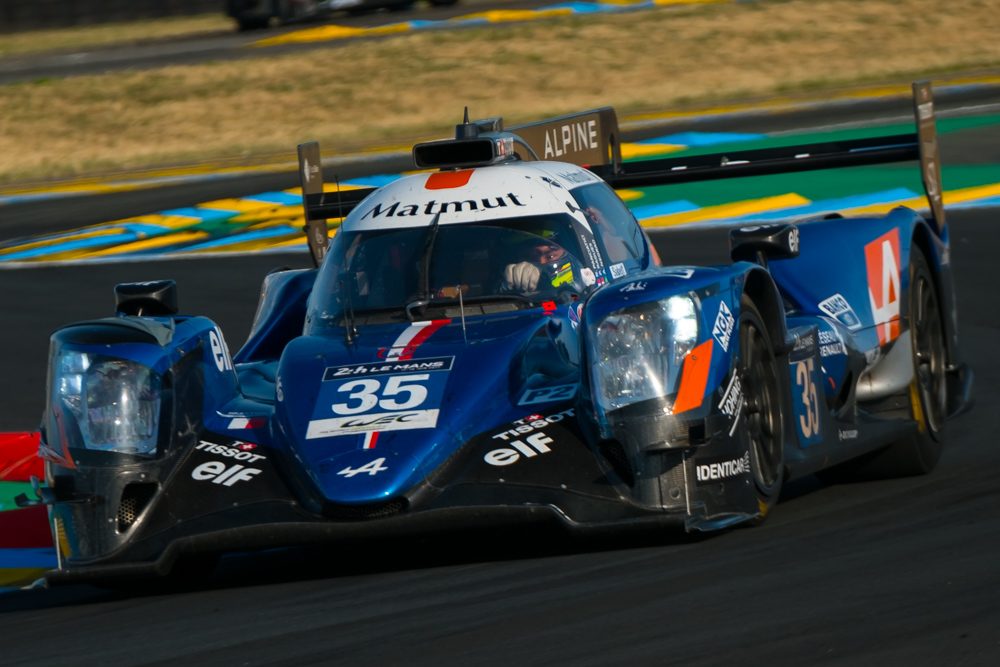 As per the entry list, the #35 Signatech Alpine of Andre Negrao, Nelson Panciatici and Pierre Ragues is here and ready to race.

The team’s second entry – which was not entered for in the round at Silverstone – is not a full-season car eligible for points in the WEC LMP2 Teams’ Championship, and was not initially expected to race after its Spa and Le Mans appearances. But good performances by the trio earned them another race in the WEC. 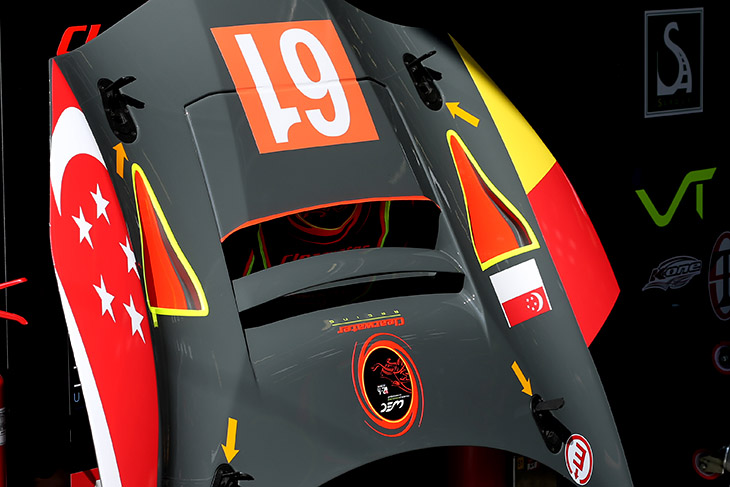 At Tockwith Motorsport, it’s Ligier JS P217 will be racing for the second time in a standard WEC round, but the first with Gulf colours. This weekend the team is racing with just two drivers, Phil Hanson and Nigel Moore, Karun Chandhok not signed with the team past Le Mans.

Further down pit lane, Clearwater’s livery has been tweaked for this round. The team has been sporting the national flag of each race, and for 6H Nürburgring has German colours on its Ferrari 488 GTE’s bonnet.

Rebellion looking back and planning ahead 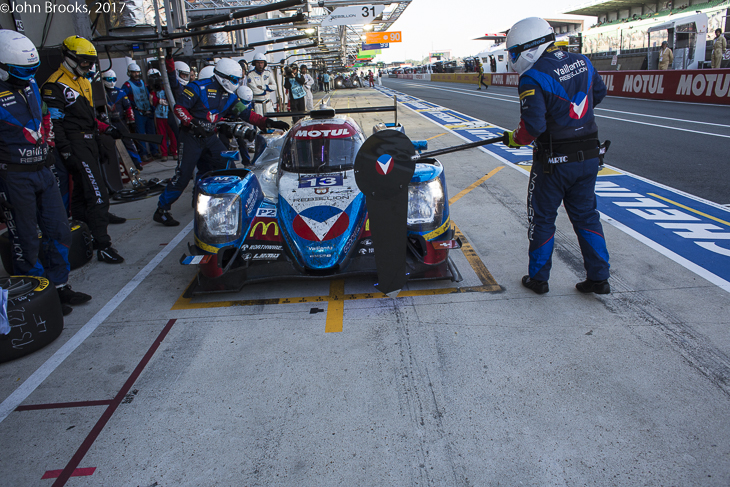 Vaillante Rebellion is here in force with its two cars after the disappointment of exclusion from the Le Mans 24 Hours. Two team members have been suspended for this race meeting as a result of the events leading up to that eventual exclusion.

The team has its spare ORECA 07 chassis here too, it will be sent back to Rebellion’s UK base to be built up for its planned single car Petit Le Mans entry, while the two regular season cars are immediately packed up together with the rest of the grid for despatch to Mexico City.