The prototype ranks at Le Mans threw up plenty of surprises, with Porsche winning a race of attrition that almost saw an LMP2 car take the win outright.

There’s plenty of talking points as the WEC heads to Germany, here’s a look at what to expect from the prototype ranks:

After the shock and awe of the 2017 Le Mans 24 Hours, it’s time for Toyota and Porsche to reconvene in Germany for one last race in Europe in 2017. With the title race now very much in full swing, and a close fight expected between the two factories, it’s set to be another thriller in the Eifel Forest.

In the Porsche camp, after the #2 919 of Timo Bernhard, Earl Bamber and Brendon Hartley took the Le Mans victory, they hold a firm lead in the Driver’s Championship race, and will therefore be the ‘number 1’ crew going forward. The #2 will likely focus on scoring points for the Manufacturers title, which the team leads by 32.5 points. 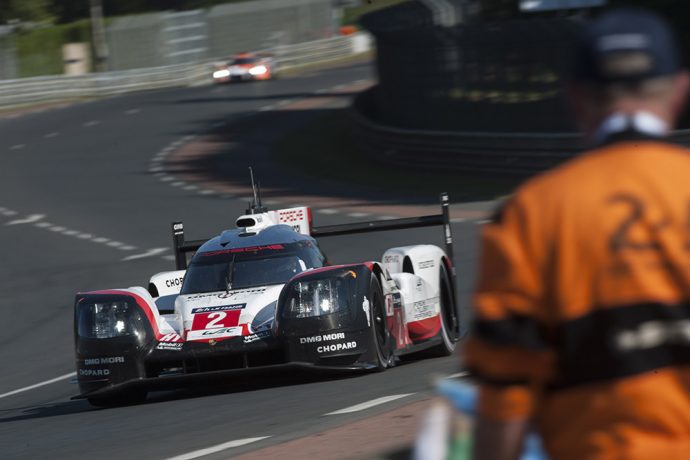 Heading into the weekend, they have 83 points, 17 points ahead of the #8 Toyota crew of Sebastien Buemi, Anthony Davidson and Kazuki Nakajima, Buemi opting to push for WEC points rather than defend his Formula E position in New York.

The sister Porsche meanwhile, after failing to score a single point at Le Mans – by retiring – has just 28 points, and its drivers are fifth in the Drivers’ Championship title race, behind the triumphant Jackie Chan DC Racing ORECAs that scored 36 and 30 points at Le Mans by completing the overall podium.

If it’s a great aero kit, there’s every chance that Porsche could pull away with the championship like it did back in 2015 when its final aero upgrade proved untouchable

If Toyota Gazoo Racing is to mount a challenge for either the Drivers’ or Manufacturers’ titles, it needs to score a good result in Germany. It’s down on numbers now too, with the third TS050 not set to take part in any post-Le Mans rounds.

This means that Stephane Sarrazin, Nicolas Lapierre (who will rejoin Alpine) and Yuji Kunimoto’s duty is done for the season in LMP1, while Jose-Maria Lopez will move back to the #7 from the #9, sitting out the Formula E round in New York.

What will be interesting though, is seeing how Porsche’s 2017 high-downforce kit (pictured below) stacks up. So far this year, the German factory has opted to race with its Le Mans kit, aiding its development, while Toyota raced in high-downforce spec (below) at Silverstone and Spa (with two of its three TS050s). 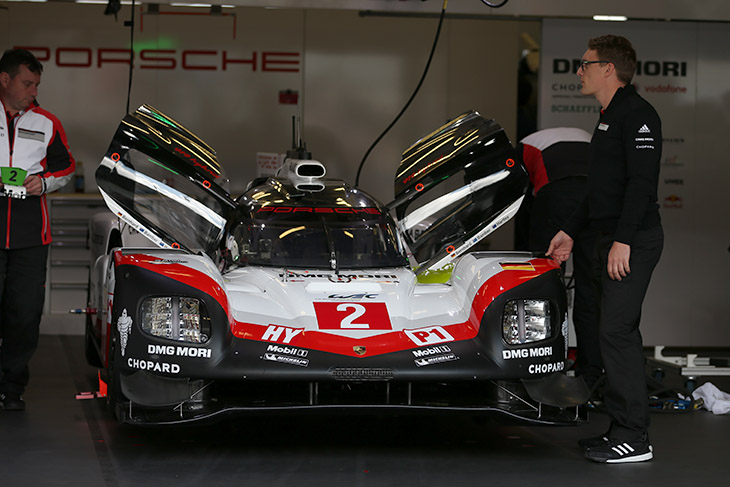 If it’s a great aero kit, there’s every chance that Porsche could pull away with the championship like it did back in 2015 when its final aero upgrade proved untouchable. We’ve seen what Toyota has to offer, now it’s Porsche’s turn to show off what its 2017 high-drag package can do. 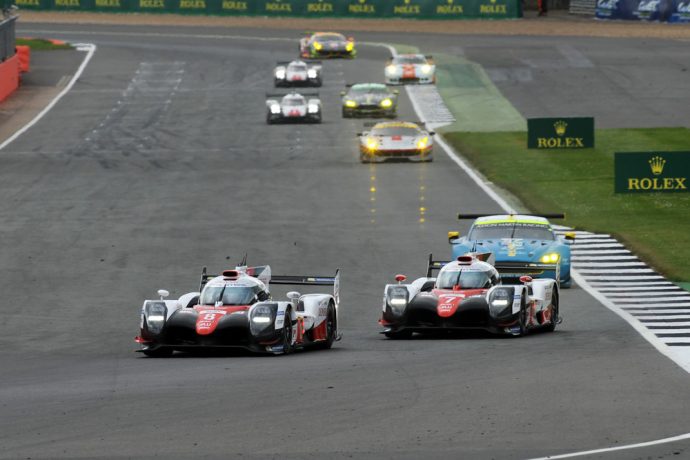 There’s a fifth entry for Nürburgring of course, with ByKolles Racing still the sole privateer effort. This though, is likely its final appearance of 2017, as it shifts its focus on developing its 2018 car while the rest of the series heads further afield for the fly-away rounds.

The Austrian team will be looking to bounce back from its disastrous Le Mans in which it retired soon after the start, and head into its extended off-season with confidence. Driver wise, Oliver Webb will again join Dominik Kraihamer and Marco Bonanomi.

Last time out, the LMP2 class was enormous, with 25 cars racing at Le Mans, adding to the quality entry from the FIA WEC. Now, it’s back to near normality for the 2017 LMP2 class, with 11 cars.

For the 6H Nürburgring, the nine full-season runners are joined by the second Signatech Alpine A470 of Andre Negrao, Nelson Panciatici and Pierre Ragues, and the Tockwith Motorsports Ligier JS P217 (again the only non-Oreca in the field) of Phil Hanson and Nigel Moore – Karun Chandhok not part of the team from here on in. 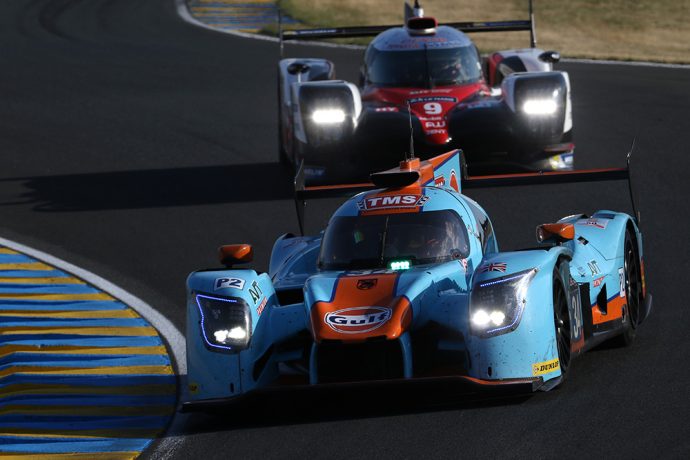 The second Alpine is back after its trio impressed at Spa and Le Mans, scoring a podium at the latter race, so another good showing could go a long way in earning the trio extra rounds later this season. Meanwhile Tockwith is continuing its learning experience prototype racing, fresh from its Le Mans debut and races no, of course, in the Gulf Oils colours that debuted at Le Mans with the team.

It’s set to be a big round for Rebellion, after its #13 finished on the Le Mans podium, only to be disqualified

Outside of those two extra runners in the class, there’s plenty of driver changes in the order due to the aforementioned Formula E round in New York.

The main ones are in the Vaillante Rebellion team. Nelson Piquet Jr. will be absent from the #13 Oreca 07 Gibson and replaced by fellow Brazilian Pipo Derani, who finished second in LMGTE Pro at Le Mans with Ford Chip Ganassi Team UK last month; his third-driver deal only for three races.

Nico Prost in the sister #31 car will also head to the east coast of America, with WEC returnee Filipe Albuquerque – who’s often the fastest driver on track, whatever he’s driving, stepping in for the Frenchman. 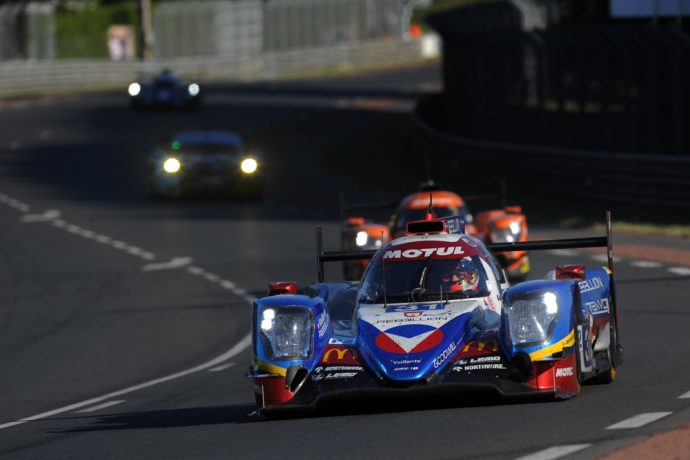 It’s set to be a big round for Rebellion, after its #13 finished on the Le Mans podium, only to be disqualified, it’s dropped the trio of David Heinemeier Hansson, Mathias Beche and Piquet Jnr (who now will trail his teammates after missing a round if they score points) to last in the standings.

Thankfully, the sister #31 car, is still flying high after its second place finishes at Silverstone and Spa, leaving the trio second in the title race, but 38 points back from the #38 Jackie Chan DC Racing Oreca after a sixth place finish at Le Mans.

Another change comes in the form of ex-F1 driver Roberto Merhi re-joining CEFC Manor TRS Racing after competing with the team last year. He’s driving in place of another former F1 racer Jean-Eric Vergne who, like his fellow Formula E counterparts, is aiming to take advantage of Formula E points leader Buemi’s absence from New York to climb the Formula E points standings.

He’ll share the #24 car with Jonathan Hirschi and Tor Graves, and has a real chance to shine, after showing great pace in his debut WEC season. 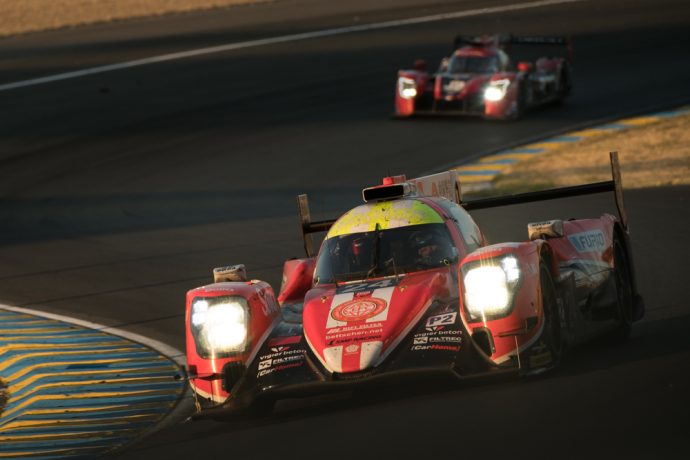 G-Drive Racing’s Alex Lynn will also race over in the states, in Lopez’s DS Virgin Racing seat. He’ll be replaced by DragonSpeed driver Ben Hanley, who has impressed mightily this year in the ELMS; after deals with John Martin and Laurens Vanthoor didn’t come to fruition.

Hanley’s WEC debut with the team alongside Roman Rusinov and Pierre Thiriet will be a tough one though, as the team will have to serve a three-minute stop-go penalty in the race after Rusinov’s incident at Le Mans that took both the #26, and the #88 GTE Am Porsche out of the race in the early stages, Rusinov adjudged the guilty party by Race Stewards.

And finally, Romain Dumas will depart Signatech Alpine’s main car, after stepping in for Toyota-tied Nicolas Lapierre at Spa and Le Mans.

A team that’s got no changes to its lineup is the DC Racing crew, which will be aiming to continue its Tour De Force after almost winning Le Mans.

In the points, the #38 of Ho Pin Tung, Oliver Jarvis and Thomas Laurent currently has a massive 38-point lead, ahead of the #13 Rebellion, with the sister #37 of David Cheng, Alex Brundle, Tristan Gommendy car in fourth after a second place finish at Le Mans, leaving them just 11 points off second place in the tally. 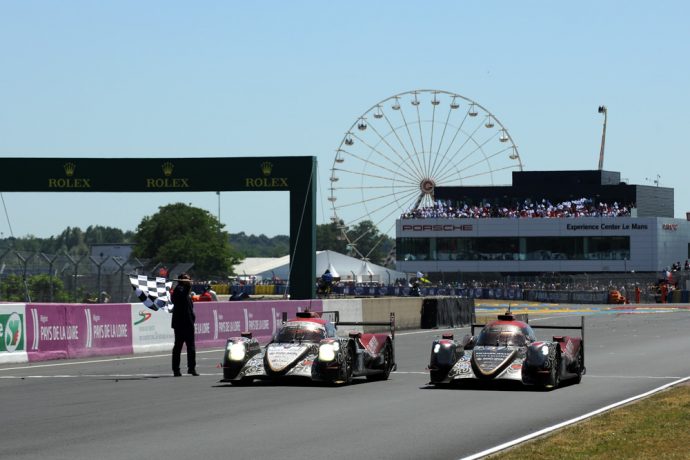 It should be a fierce battle, despite the #38 DC Racing Oreca having a big lead in the standings. Will a challenger emerge?