Aston Martin Racing driver Daniel Serra is set to continue driving the #97 Aston Martin Vantage with the team in the WEC until at least the 6 Hours of Circuit of The Americas in September.

The 2017 Le Mans GTE Pro class winner, was originally supposed to compete in the car with Jonny Adam and Darren Turner at Silverstone, Spa and Le Mans, before the team reverted to a two-driver lineup again for the remaining races of the season.

But the potential for the team to gain advantage with him in the car, as well as his exceptional performance at Le Mans, prompted the team to extend his deal.

“We’re looking to take him to the next two races, he strengthens our championship prospects having him in that car,” AMR team principal Howarth told DSC. “He’ll come along to Mexico and CoTA and we’ll review after that. He can’t do all the races, we know he can’t make Bahrain at the end of the season.

“We’ve got a heavy test programme going on, and lots of work behind the scenes so he’s a pivotal part of the team at the moment.

“His first Le Mans, was remarkable, just remarkable, because it’s not just about the race, it’s about the pressure of being in the team. He had a busy schedule up to Le Mans, and that was hard, because of his stock car championship. 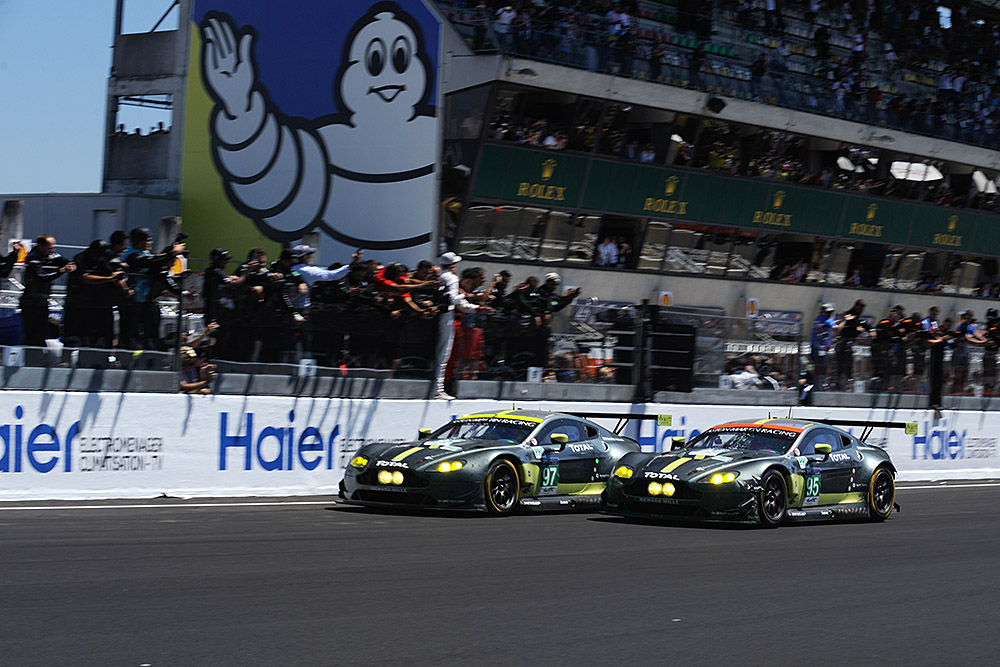 “But how he delivered and approached it, the calmness and the execution, was to the highest level I’ve seen from any driver in any sport. He deserved the outcome.

“(The extension of his deal is) Not just because of his performance though,” Howarth continued. “I think personally, it will be interesting to see if the weather is harsh in places like CoTA, then having three drivers can give us a gain in driver performance.

“They’re all professional drivers, but it’s important to give him a look at the other tracks as well. I want to try it, especially for Mexico and CoTA, with the heat and in Mexico the altitude.”

The move to keep Serra in the car has left the #97 Vantage as the only car in the GTE Pro class with three drivers. In the sister #95 Aston, Richie Stanaway will take no further part in the season, and instead will focus his attention on racing in the Pirtek Enduro Cup.