Josh Caygill – #3 Belgian Audi Club Team WRT
(sharing with Richard Lyons, Niki Mayr-Meinhof and Jon Venter)
Yorkshireman Josh has been doing the Audi Sport TT Cup for the last two years, so moving up to drive the WRT Audi R8 LMS is a big step. “Yes, it will be my first time driving an R8 LMS and first time driving a rear-wheel-drive car, so it’s definitely been something of an eye-opener!” he says. “There’s still a lot for me to learn, to drive with finesse. I’ve never had aero grip, so it’s taking me some time to get used to that, especially in the fast corners like Eau Rouge or Blanchimont, because you’re going so fast, you brain is telling you that you can’t do it, but you can.”

Night driving is not so much of an issue for the 28-year-old, who has twice participated in the Dubai 24 hours. “I don’t mind the driving in the dark, but it’s when other cars flash their lights, it’s difficult to gauge where they are, if they’re behind you. Then you have to make sure your lap times don’t get compromised.” Josh is clearly relishing the prospect of 24 hours of racing. “It was quality… everyone was trying really hard in qualifying last night. But it was definitely pretty dark, compared to Dubai or Paul Ricard. Plus, you had the whiff of barbecue smoke as well in the forest, that made it pretty special.”

Jake Dennis – #17 Belgian Audi Club Team WRT
(sharing with Jamie Green and Stuart Leonard)
The 22-year-old Jake used to be part of the BRDC Superstars programme and has benefited as well from the Racing Steps Foundation. He’s been racing for Carlin in Formula 3 this year, but is focusing the remainder of his season on racing GT3s in the Blancpain series.

“The endurance-racing culture is quite different from what I’ve been used to. We’re quite fortunate in that Jamie, Stuart and myself like the car to be set up pretty much the same, so that helps. But with the way that the races evolve here, it’s good, because you have to learn to drive round any issue that crops up.”

“You’re still judged according to how you drive the car, so it is still pretty competitive, sometimes the car is just not quick enough though. Having said that, I do think the Audi this weekend is quick enough to win the race.”

“Track limits shouldn’t be too much of an issue, Blanchimont is pretty easy flat, without going over. Eau Rouge, you need to use all the track… but you only really go over if you make a mistake. So we’ll just have to make sure we don’t make mistakes!” 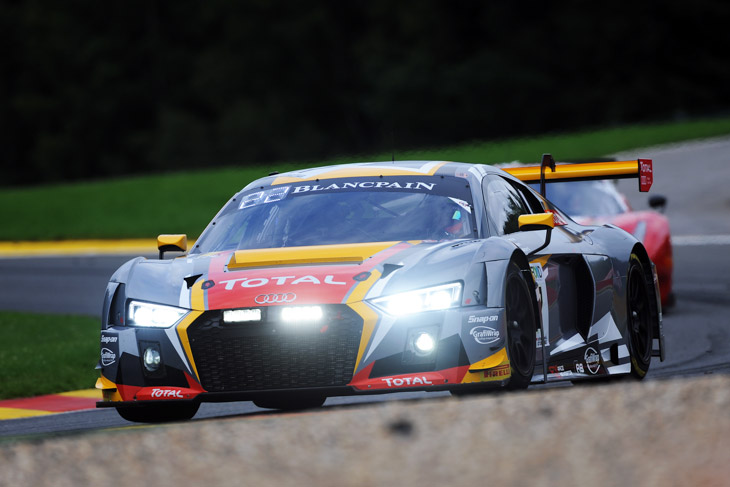 Jamie Green – #17 Belgian Audi Club Team WRT
(sharing with Jake Dennis and Stuart Leonard)
Although his nine years of DTM experience and F1 testing work mean Jamie is graded as a Platinum driver, he has never competed at a 24-hour race before. In fact, the whole prospect of endurance racing and sharing a car is a major shift in culture for the 37-year-old former McLaren Autosport award winner.

“It’s definitely quite a learning experience. I’ve done a couple of Blancpain races now and a couple of tests. I did Silverstone, which was three hours, then Paul Ricard, which was a six, so I’m building myself up nicely for this one. It’s true that it’s a very different experience, though: the mechanics here are really good, very fast. You see them practice and you see how competitive they are, that really helps motivate you as well. But at Ricard, I did a double stint, that was the first time I had been two hours in the car without getting out!”

“Tyres could be an issue, the Pirelli does seem to be a little fragile. I had punctures both at Ricard and at Misano, so I think we’ll have to be careful. There’s a lot of debris on the circuit over the course of the race and you have to make sure you steer clear of as much of that as possible.”

“Being a sprint driver, like I have always been, you get used to always battling for yourself, but in endurance racing you have to learn that it’s for the team and that has taken a bit of getting used to, to be honest. I quite like it, it’s a nice change.”

Connor de Phillippi – #2 Audi Sport Team WRT
(sharing with Christopher Mies and Frederic Vervisch)
The 24-year-old Californian has burst onto the endurance racing scene over the past couple of seasons, winning the ADAC GT Masters championship last year, finishing second in the GTD class at the Daytona 24 hours and then being in the winning Land Motorsport Audi R8 LMS in the nail-biting finish in this year’s Nürburgring 24 hours.

“I think endurance fits my driving style. You have to do so many things properly in endurance racing, you have to realise that you always have to try your best and if you have confidence in the car you can go a long way.”

Without showing any signs of arrogance, he reflects on why this might be. “I’ve always looked at myself as one of the more intelligent drivers on the grid,” he says. “I have had a lot of good advice from guys like Christopher Mies, Timo Scheider and Mike Rockenfeller, but I’ve always tried to figure things out and climb the learning curve to become a well regarded endurance racing driver in a short amount of time.” 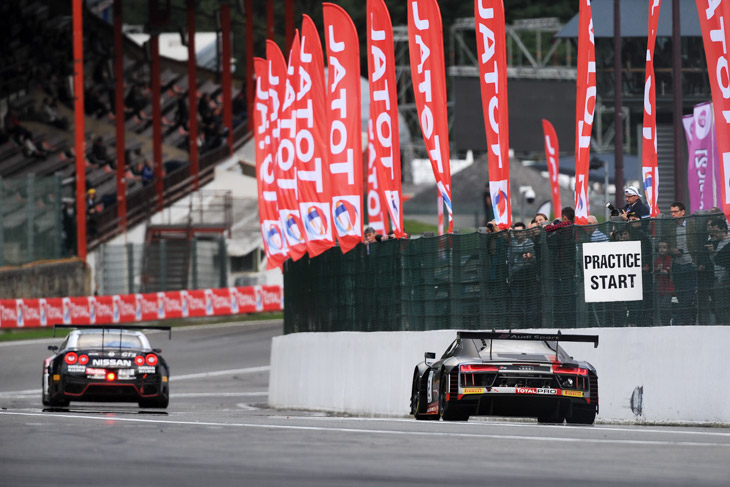 Connor isn’t happy just to drive the car, though. “I want to understand why we’re doing things, I want to have my input into the strategy decisions and the good thing here at WRT is that the team allows me to do that, even though they’re all hugely experienced and good at what they do.”

This may lead to Connor not being in the car, for example, if the weather forecast suggests that it might rain during one of Connor’s stints. “Both Freddy (Vervisch) and Christopher (Mies) are experienced in the wet. I have no problem driving in the rain, but it’ll take me a few laps to get down to the optimum time in the conditions. In this kind of race, you can’t afford to lose any time while one driver gets used to the conditions.”

The American is likely to be around the endurance racing scene for a while yet. “The aim at the moment is to try and fix a contract with a manufacturer or customer racing team in GT racing,” he confirms. “There’s a lot of stability in GT3 racing and there are some great races and some great drivers to be involved with. That’s what I want to do.”