In GT4, victory went the way of the Macmillan Aston Martin crew of Will Phillips and Jan Jonck – their first in the series – but a podium for HHC Motorsport and misfortune for Lanan Racing handed the championship advantage to the former’s driver pairing of Will Tregurtha and Stuart Middleton heading into the season finale at Donington next month.

GT3
After the first couple of laps, polesitter Minshaw led James Littlejohn in the #24 Macmillan Aston Martin, Mark Farmer in the #11 TF Sport Vantage and Liam Griffin in the #6 Barwell Lamborghini, with Parfitt initially sitting fifth ahead of reigning champion Derek Johnston in the other TF Sport car. 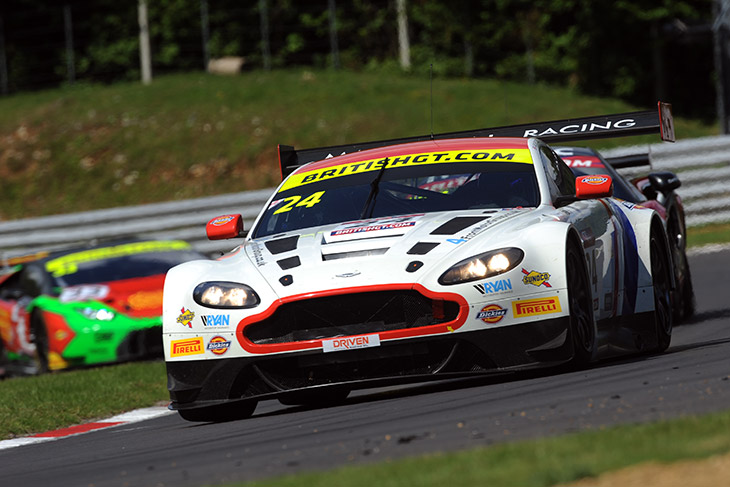 It stayed more or less like that until lap 10, when Minshaw was baulked by a GT4 runner through Graham Hill Bend, allowing Littlejohn (above) past into the lead, while at almost the same time Griffin nabbed fourth from Farmer with a confident dive down the inside into Clearways.

No-one had an answer for an on-form Parfitt, however; by lap 15, he had passed Griffin, Farmer and his championship rival to sit second when the safety car came out due to a stranded GT4 car at Stirlings. The green flags flew for some racing ahead of the pit window opening, by which point the order was Littlejohn from Parfitt, Farmer, Minshaw, Griffin and Johnston. 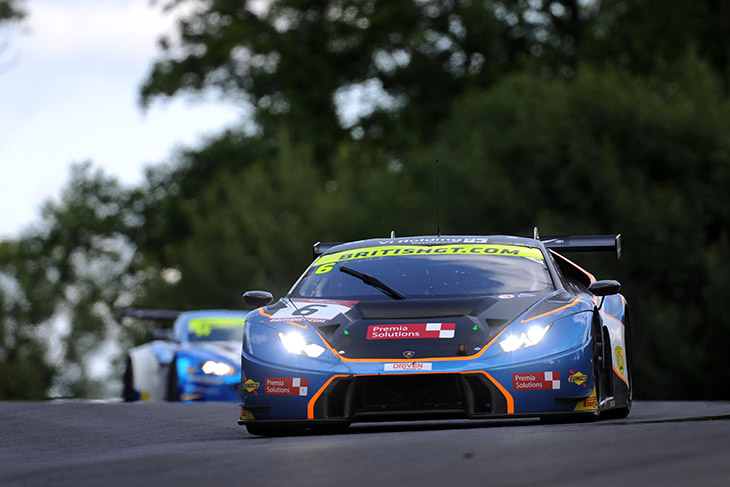 The pitstops spelled the end of the #24 Aston’s challenge, however, with Littlejohn having to take the car into the garage due to a stuck throttle. Once everyone had completed their stops, Morris had emerged with a 25-second lead on Sam Tordoff (above), who’d taken over the #6 Lamborghini from Griffin and was just ahead of Jon Barnes in the #11 Aston started by Mark Farmer. That’s how it finished after the final stint, with Johnny Adam fourth and Keen fifth respectively in the cars started by Johnston and Minshaw.

Adam Christodoulou and Matt Griffin came home sixth and seventh in the Abba/Rollcentre Mercedes and Spirit Of Race Ferrari, while Calum MacLeod brought the #7 Team Parker Bentley across the line eighth after the car was penalised for safety-car infringement and pitlane speeding. The last classified GT3 finisher was the Matt Manderson/Mike Brown #26 Aston Martin in ninth. 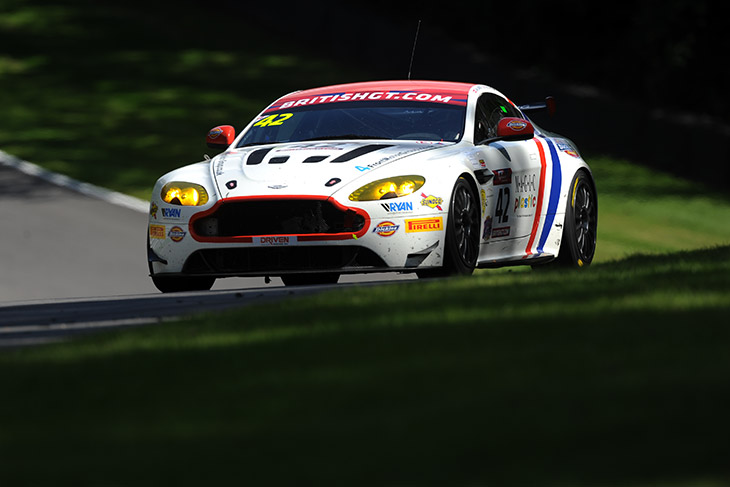 GT4
Mitchell in the #100 McLaren got ahead of polesitter Moore in the Academy Aston on lap two, but behind them a furious three-way scrap for third erupted between the #43 Century, #55 HHC and #51 Lanan Ginettas driven by Murray, Middleton and Pittard respectively.

Murray ran wide at Paddock Hill Bend and dropped to sixth on lap six, allowing Pittard and Middleton into third and fourth. That swiftly became second and third when polesitter Will Moore suffered a cruel mechanical retirement in the #62 Academy Aston, bringing out the safety cat for a couple of laps while the car was removed to safety. 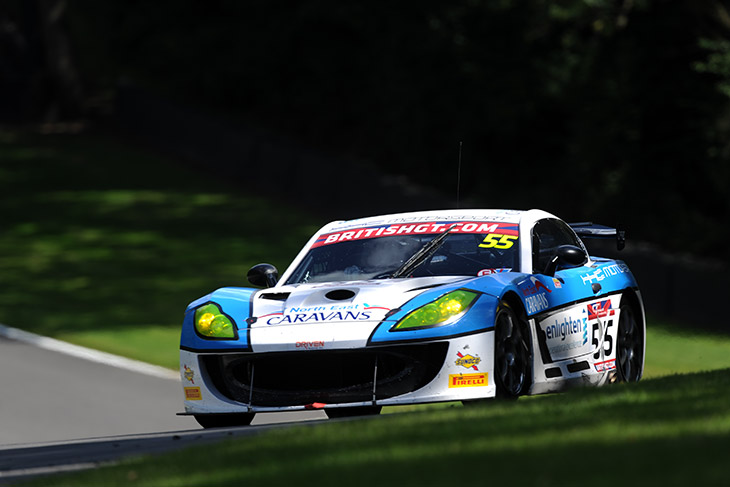 Once the safety car pulled in, 10th-place starter Phillips was able to resume the charge that would prove instrumental to his and Jonck’s eventual victory, passing both Murray and Middleton (above) to go third, which then became second when the Lanan Racing car’s steering issue first manifested itself.

Ciaran Haggerty took over from Mitchell at the stops and initially retained the lead ahead of Jonck, but as the second half ticked by, the McLaren appeared to be increasingly struggling for grip and Jonck was able to find a way past with 15 minutes remaining, continuing unabated to fine debut British GT victory for himself and Moore. 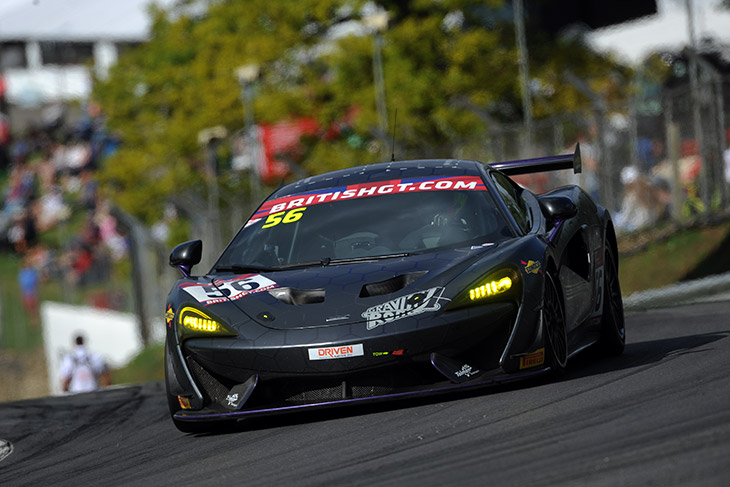 Things then went from bad to worse for Haggerty, as he was passed by a charging Joe Osborne in the Tolman McLaren (above, driven by David Pattison in the opening stint) and then had to cede third to Middleton’s co-driver Tregurtha on the penultimate lap. Going through Paddock Hill Bend on the final lap, the McLaren left the track and struck the barriers on the outside of the gravel trap, leaving Haggerty with nothing to show for his efforts.

Behind the podium finishers came the Track-Club McLaren of Balon and Mackay in fourth, ahead of the fifth-place Porsche Cayman of Malvern and Jones, the Team Parker duo’s best result to date in 2017, and debuting Ginetta of Rob Boston Racing entry of Adam Gore and Jason Baker.