Ford Chip Ganassi Team UK was out testing at Snetterton in the UK last week, to trial 2018 parts for its GT GTE/GTLM.

The car used for the run last Wednesday was the original Ford GT test car, while the other two GTs head to Mexico City for the next round of the WEC. Driving were full-season FIA WEC drivers Stefan Mücke and Olivier Pla, assisted by staff from the WEC programme and Multimatic. 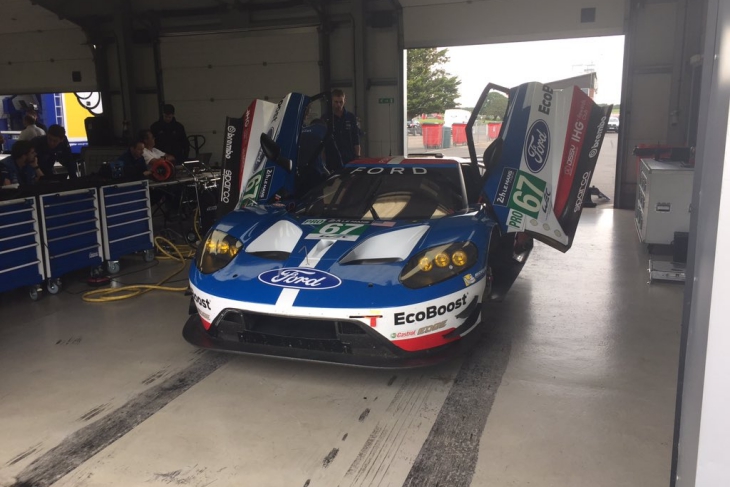 Ford confirmed to DSC that it was “a general FCGR development test” and that it the information would be shared with the IMSA programme.

DSC understands that Ford was working on electronic and hydraulic system upgrades as part of its running at the Norfolk-based circuit, in which the single GT completed over 500km.