A couple of wee snippets from last weekend’s Supercar Challenge meeting, the Gamma Race Days at Assen in the Netherlands.

Our good friends Inter Europol from Poland had a mixed weekend, it started badly as the pic above  from www.raceplaatjes.nl shows, their Ligier JS P3 blowing up its Nissan V8 in utterly spectacular fashion in race one!

The 2016 VdeV Champions though bounced back on the following day the re-engined car taking a race win for the Smiechowski-Dreyspring pairing.

Another LMP3 chassis made history over the same weekend as the somewhat delayed project from the Forze Delft team of engineering students to bring a hydrogen-electric, zero emissions version of the Adess 03 chassis to the track finally came to fruition. 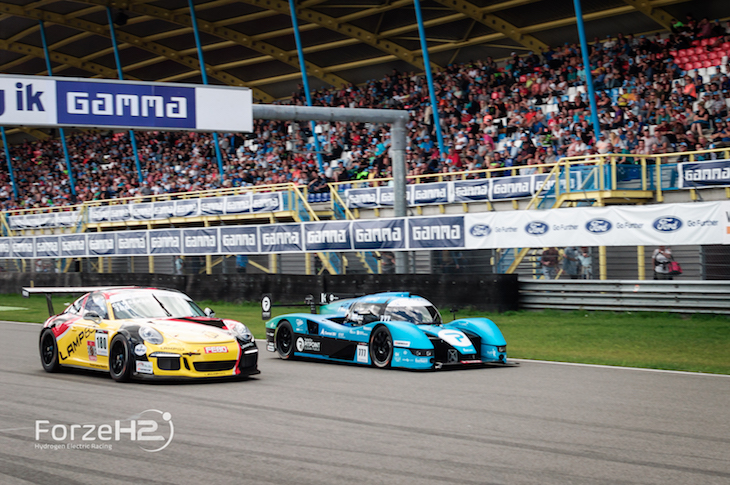 The car, developing some 280 bhp competed in the main GT race rather than against the higher powered prototypes and was somewhat off the pace (20 seconds off the best lap of the fastest LMP3 of the weekend), but it ran, and progress is being made.

LMP3 chassis are proving to be very adaptable, Ginetta’s Chevy engined G57  plus the Roborace prototype cars were all based on the carbon tub and steel rollcaged LMP3 car.

Ligier meanwhile are developing a range of lower powered club racing cars on the basis of the JSP3.