The #1 WIN Motorsport Ligier JSP3 led the way in both sessions, a best time of 2:00.905 coming in the afternoon session on a fully dry circuit. Australian driver Scott Andrews joins team owner William Lok for the double header of one hour races on Saturday and Sunday.

LMP3 has turned into a battle of the brands with the #27 Adess 03 of Infinity Racing Engineering (driven by Douglas Khoo and Dominic Ang) proving quicker today than the TKS entered #99 Ginetta, again with Shinyo Sano entered as a solo driver. 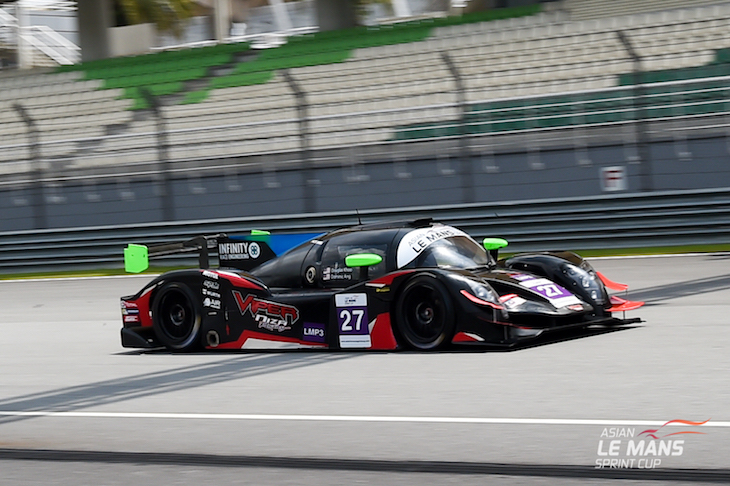 After a problem in the morning session the #92 Team AAI BMW Z4 GT3 of Chi Huang and Ollie Milroy set the fastest GT class time of the day (2:06.035) but the #98 Arrows Racing Lamborghini Gallardo GT3 of Marco Jacoboni and Michael Choi wasn’t too far back, the Lamborgini duo improving across the two sessions too. 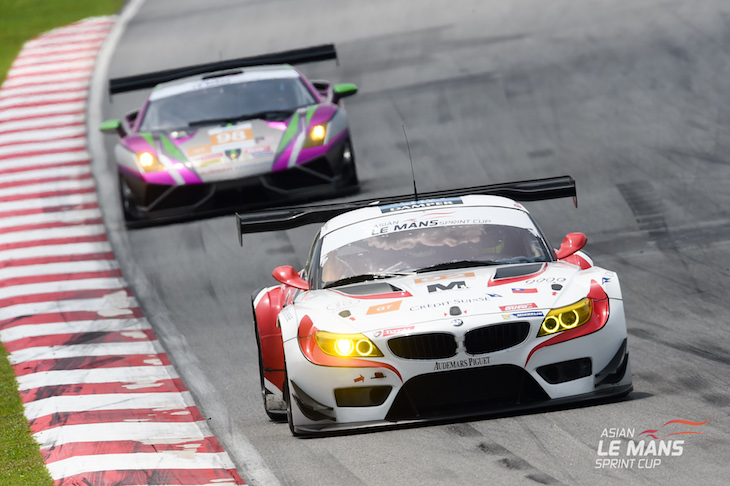 GT Cup saw the fastest time of the day set in the morning session, Team NZ’s #77 Porsche 911 GT3 Cup posting a 2:14.135 in the hands of regular team duo Graeme Dowsett and John Curran, the team sitting out the afternoon session but with the #15 PAS Macau Racing duo of Wong Kian Kuan and Eurico de Jesus unable to better their rival’s morning session time. 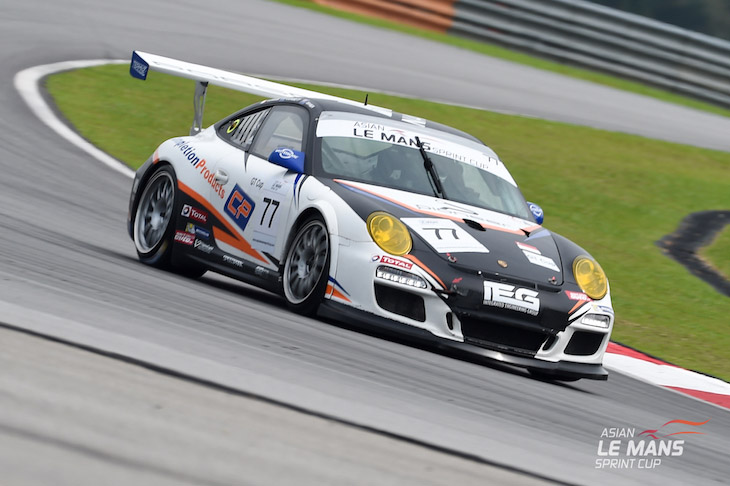 Qualifying gets underway on Saturday from 10:45 am local time with the two 60 minute races starting at 15:10 on Saturday and 10:55 on Sunday.