We’ve already reported on the second round of the new for 2017 FRD LMP3 Series from China – the Championship attracting a number of the prominent Asian teams to LMP3 competition, renting the fleet of Ligier JS P3s obtained by Championship owners and organisers FRD.

It’s another ACO-licensed Series, part of the growing family of LMP3 outlets, 11 cars starting the season with 12 looking likely for the next round and talk already of an expansion in year 2.

As Championship leader James Winslow reports, “The championship has some very strong drivers.” It does indeed with Winslow sharing the led Craft Bamboo Ligier with WEC driver Mathias Beche, the pair taking another win in Shanghai to consolidate their points advantage. 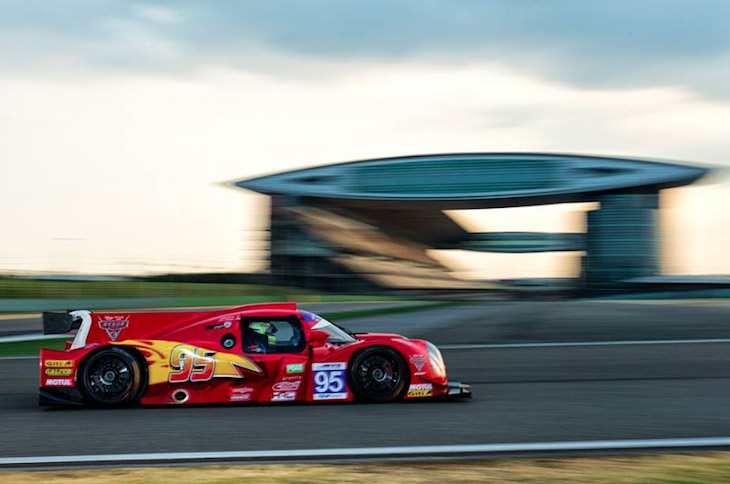 That win (plus a second place in the other race of the meeting, came after a double pole-setting performance in qualifying, with slicks on a wet but drying track.

It’s no walkover though, the Series imposing pit-stop penalties for the higher ranked squads making the racing across the full race distance tougher.

“It’s extremely hard for drivers with our experience to win races,” continued Winslow. “This is the most competitive LMP3 series in the world, without question, it’s the only LMP3 series where it’s not compulsory to have a Bronze driver, there’s a lot of super silvers and Gold drivers, with a couple of Platinum drivers also, and only 2-3 bronze drivers.”

The Craft Bamboo team have been making headlines meanwhile not only with their performances on track, but also via their Disney Pixar liveried cars, the Winslow/ Beche #95 car sporting the instantly recognisable colours of ‘Lightning McQueen from the new film Cars 3. 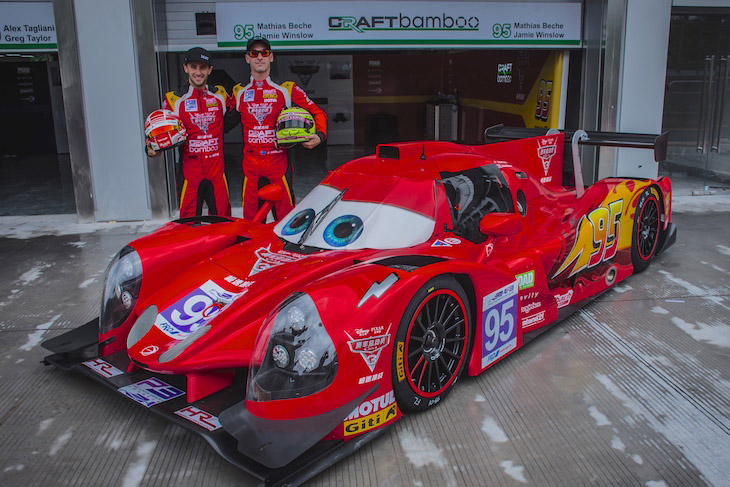 And with another bonus for the eventual Champions, the winner of the championship wins a Liger LMP2 car for the 2017/2018 Asian Le Mans Series, and if the FRD champion wins Asian Le Mans in that same prize winning car they will win a fully funded Liger Onroak LMP2 drive in the 2018 Le Mans 24 hours.

Beche and Winslow will be working just as hard to defend their current 12 point Championship lead as their competition will be to chip away at the deficit!