A double pole position for the Championship leading #1 WIN Racing Ligier JSP3 made the qualifying headlines ahead of the double-header of 60 minute races on Saturday and Sunday for the final weekend of the 2017 Asian Le Mans Sprint Cup.

Australian Scott Andrews scored pole position for race one with the fastest lap of either session 2:00.098, enough to beat off the challenge from title rivals Infinity Racing Engineering and TKS in the first 15 minute session.

That scored the WIN Racing team an additional point in their quest to secure the title.

The front row for the race today will be completed by the #27 Infinity Racing Engineering Adess 03 after Dominic Ang recovered from losing his fastest lap for a track limits infringement to go second fastest in the session with a 2:04.289. 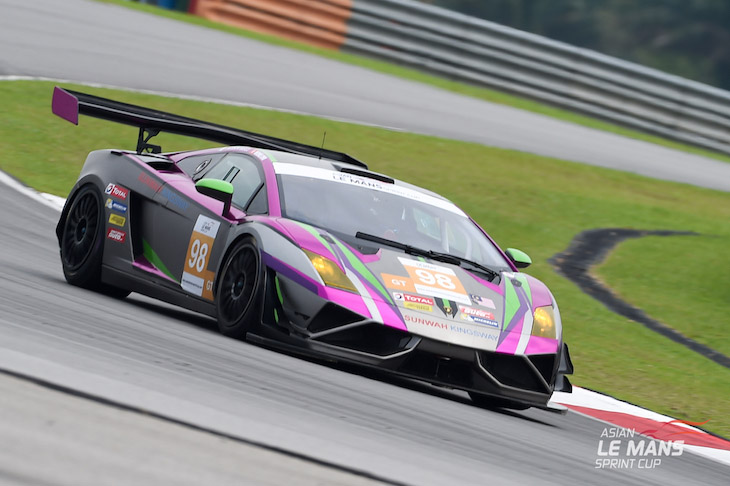 There was trouble at the end of the session though for overall title contender TKS and their Ginetta LMP3, solo driver Shinyo Sano pitting and driving the car straight into the garage for a tyre change. That infringement saw all of the #99 car’s lap times in the session cancelled, the Ginetta will start from the back of the grid for Race 1.

Session 2 to set the grid for Sunday’s race saw WIN Racing team owner William Lok repeating the feat of his team-mate setting pole position with a lap of 2:04.195.

Alongside him though was not another LMP3 car, there were dramas early in the session for the #27 Adess, now with Douglas Khoo aboard, the car into the barriers at turn one, red flags stopping the session but the session clock stopped with under 10 minutes to go.

That interrupted the plans for all of the remaining cars but there was time enough for Ollie Millroy to put the #92 Team AAI BMW Z4 GT3 second on the grid alongside the polesetting Ligier LMP3 and pole in the GT class with a time of 2:04.652. 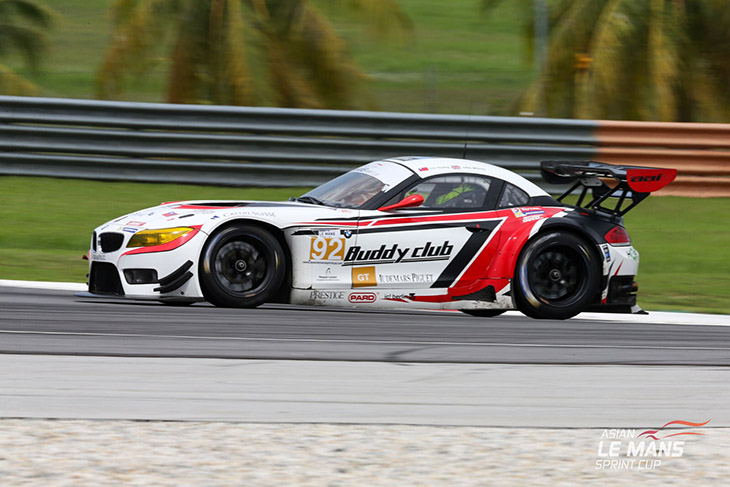 The GT Cup class was again a close run affair, the class pole changing hands again during the session, John Curran spinning as he pushed harder still to better the time of the #15 PAS Macau Racing Porsche, Erico de Jesus scoring a deserved class pole with a best lap of 2:13.991, but with all the drivers in class scoring a best time within a second of each other, a title battle looks to be in prospect.