The 2018 Bathurst 12 Hour entry list is already beginning to take shape, with three teams announcing plans for the next edition of the Australian endurance classic.

The first is Brookspeed (above), the British team entering a pair of Porsche Cayman GT4 MRs again in the race to take on the budding GT4 class. In this year’s race the team ended up finishing with both its cars on the class podium.

“They will be heading to Bathurst after the COTA 24 (Circuit of the Americas 24 Hour race) and Dubai 24.

“The 2 cars covered 42,000 kilometers in the container last year, going from the UK to Abu Dhabi, then to Bathurst, Misano and back to the UK.

“We don’t have drivers confirmed as yet and will probably be looking for a full line up of six drivers, three drivers per car.”

Another entry comes from Australian GT Trophy Series racer Richard Gartner, who will enter a Lamborghini Gallardo GT3 in the race. 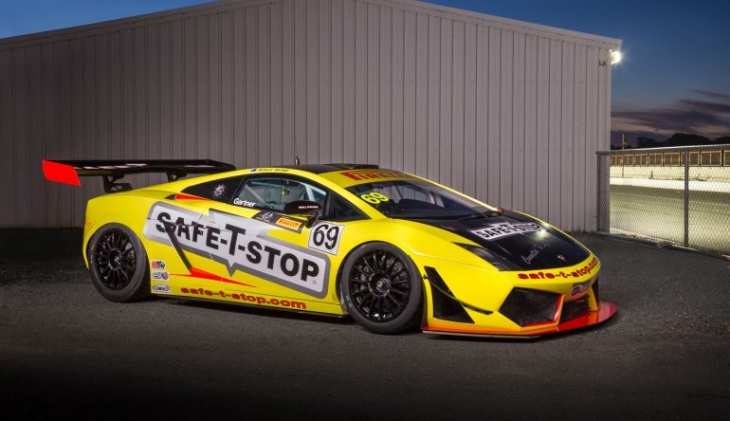 The Sydney-based driver upgraded to the Lamborghini from a Porsche GT3 Cup Car that he raced in the 2017 event, where he finished fourth in class. He also finished on the class podium the previous year and also recorded several class wins during the race’s period as a Production Car-based enduro.

Gartner won the most recent round of the Australian GT Trophy Series presented by Pirelli at Queensland Raceway and currently sits third in the championship, with two rounds to go.

“I couldn’t be happier with how it’s going. I wasn’t sure how I would enjoy driving a car with traction control and ABS because it was all just new to me, I’d never done it before. But I love the car and I think it will be very competitive at Bathurst.

“We’ve had a look at the BoP (Balance of Performance) and even with our car being older, a 2011-specification car, we think the car will be very competitive.

“Bathurst is all about being fast up and down the hill and that suits the car and similar model Lamborghini’s to mine have been very fast there before.”

And finally, former class winner Grove Racing is planning an assault on the race next year, with a father and son combination (Stephen and Brenton Grove) behind the wheel in its Porsche GT3 Cup car. 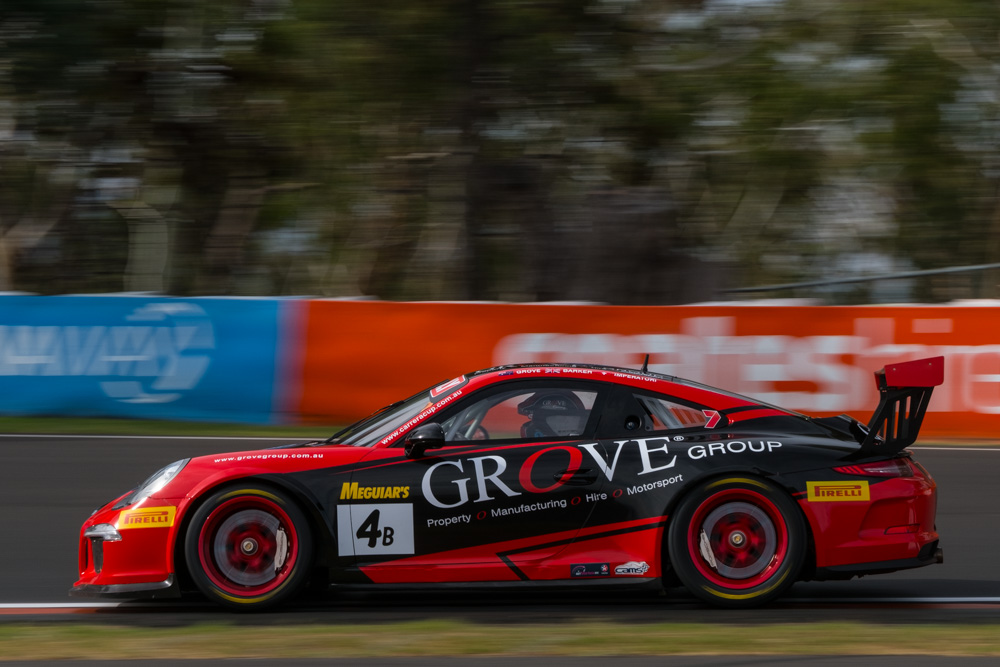 “There are plans for us to do the Bathurst 12 Hour next year and Stephen and I will perhaps share a car, so that will be cool,” the younger Grove told Paddock Pass media in a recent interview.

“We will be using the current-era 991 that’s in Carrera Cup and hopefully we will get a big name Pro driver to come do the round with us. We haven’t quite worked out who yet, but if you look at the history of drivers that have driven with us, we are always sure we have world-class professionals and next year will be no different.”

Grove Racing has an enviable record at Mount Panorama since making its Bathurst 12 Hour debut in 2013.

After finishing second in Class B that year, the team won the class by two laps in 2014 with Grove sharing the driving duties with Brit Ben Barker and would-be LeMans winner, Earl Bamber.