We knew going into Mexico it would be a tough for the long wheelbase Ford GT on such a tight and twisty circuit with big kerbs. But we didn’t realise it would be so tough to actually get to the capital city however! Flash floods at the airport as we we’re coming into land ultimately ended in us being diverted 1000 miles away to the capital of spring break, Cancun! Along with members of Porsche, Aston Martin and LMP2 teams, it was certainly a surprise to wake up to a sea view!

With no sign of the flight being rescheduled before the early hours of Friday morning, we returned to the airport to catch a local Air Mexico flight and arrived at the circuit a day late but overall, in good spirits! (Here’s Harry with Andy Priaulx and Team Principal George Howard-Chappell, who looks delighted to be seated next to them!) With rain on everyone’s minds however, talk around the paddock was if weather conditions would be good enough for the race to even take place. 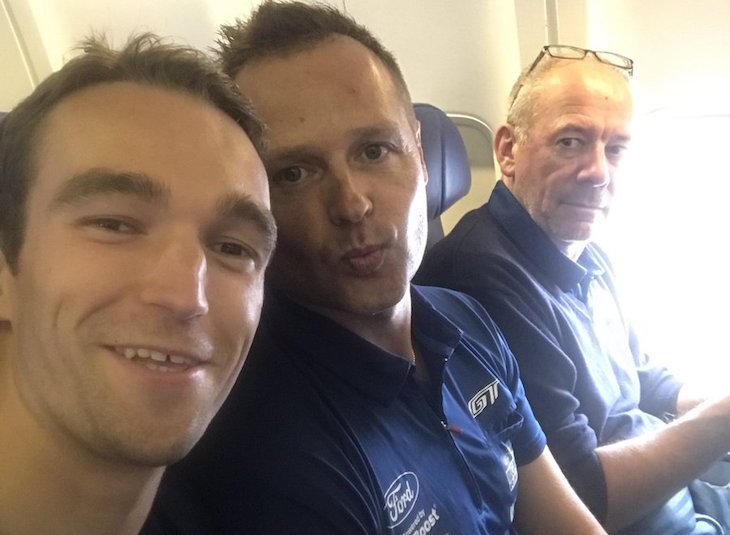 Down to business on Friday and it was a solid FP1 for the team as we adjusted to the altitude of Mexico City. Being not far off twice the height of the tallest mountain in the UK, you really feel the extra strain on your body as the air is so much thinner. It’s races like this that all my training with the guys at Pro Performance pay off and Ford’s on track physio Jon Camilleri is absolutely vital.

Saturday saw refinements in the set ups of the Ford GT’s before qualifying and it looked like it might be a case of banking dry laps as quickly as possible as the skies darkened. Thankfully the rain stayed away as Andy Priaulx and myself qualified the #67 car an excellent P3 on the grid. If everything had gone perfectly, we might have even sneaked onto the front row but we were delighted with the effort.

The forecast for Sunday told us it would be a dry start with rain increasing from about halfway, so with that in mind, new slick tyres were the order of the day. We were about 5kph down on top speed throughout the weekend so I was delighted to maintain position down the long start finish straight and out of the first corner. My plan was to build into the race over the first few laps and then see where were on race pace. But that all went out the window at the start of the second lap when the front tyres immediately locked into turn one sending me across the grass but luckily I gathered everything up and rejoined in the same position. Something clearly wasn’t right as we’ve never had this before and I managed to steady the ship over the next few laps with advice on adjustments coming in over the radio. 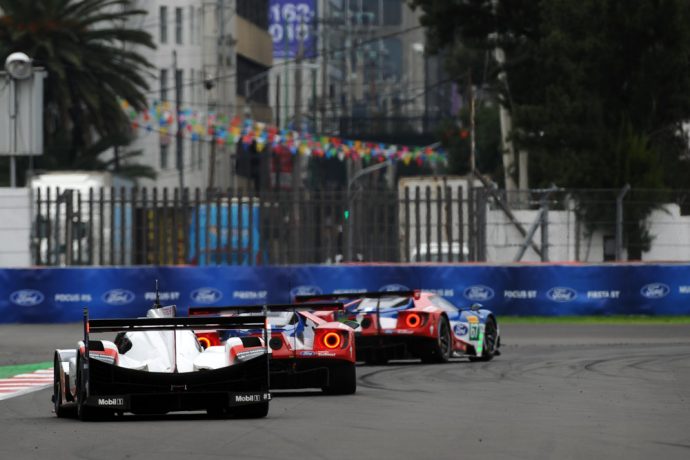 I handed over to Andy at the end of my extended first stint of 1 hour 15 minutes (high altitude means less air into the engine therefore better fuel economy) from 3rd place. An unfortunate clash between our sister car and the #51 Ferrari sent both to the pits for repairs but we couldn’t quite keep the #91 Porsche behind and I got back in the car in 4th place. I had a really consistent second stint trying to keep the lead Porsche in my sights while I steadily managed to pull away from their second car who was 15 seconds or so back. My main moments were staying out of trouble with fighting P2s coming through and very narrowly missing a spinning Aston Martin at the final corner. I have to admit there was no talent involved in that, it was pure instinct and luck and we were millimetres from disaster! 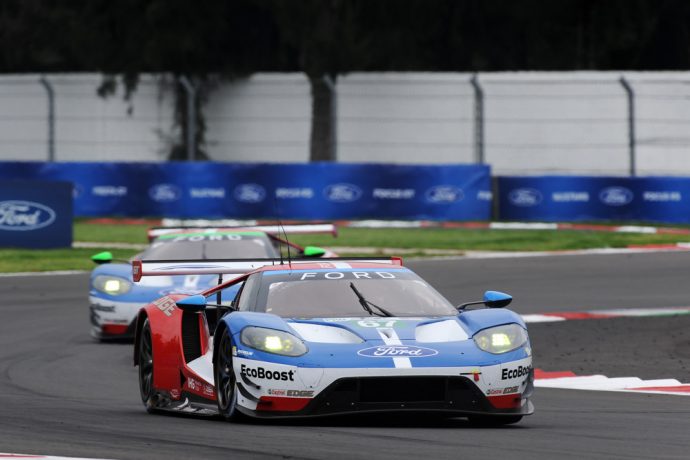 As Andy jumped in for the final stint and a half, the predicted rain still hadn’t come and he delivered a masterpiece in traffic management and defending as the second Porsche short filled during their penultimate pit stop to put them right on our tail. After a full course yellow for debris, Andy started to pull away at rate of knots and by the time we had to pit for the final time the rain threat had started to retreat and with it, any chance of us climbing onto the podium.

Overall though, we were very happy with the weekend. On paper it was our least suited circuit so to have a strong, mistake free run to 4th and maintain our lead in the Championship before some higher speed circuits coming up was certainly positive. Rain might have spiced the race up and it would have been interesting to see how differently things would have played out differently. Blame it on the weatherman as B*Witched used to say!