The fourth round of the GT4 European Series Southern Cup took place in Magny-Cours this past weekend.

The #31 CD Sport Porsche Cayman Clubsport shared by David Halliday and Morgan Moullin-Trafford had an accident during qualifying. Although the car’s exhaust and cooling systems were repaired in time for the race, this car as well as the #29 L’Espace Bienvenue BMW M3 started from the pits.

When the lights turned green (above), pole-sitter Johais was immediately overtaken by Consani’s Ginetta, but he was able to regain the lead in that same lap. “At the start, I was aware that I could come under attack through the Estoril curve, given that the Ginettas were better than us in that sector. I did not do anything foolish, knowing my engine would allow me to strike back on the following straight,” he said at the end of the race.

Johais delivered a strong opening stint. He had no trouble creating a gap of two to three seconds on Consani and ten to twelve seconds on Tribaudini in the #111 CMR Ginetta G55. 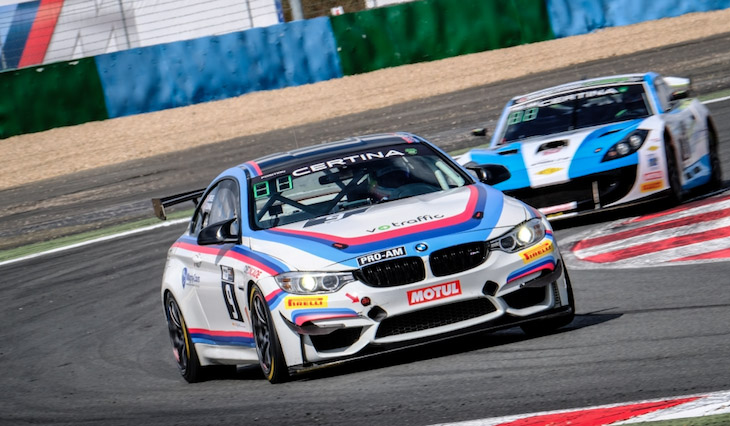 After the mid-race driver change, the top two positions remained unchanged. The #111’s pit stop took ten seconds longer than planned. This allowed Soheil Ayari driving the #26 CMR Ginetta G55 in fourth place to close the gap and to easily take third position. A full-course yellow episode resulting from a dislodged concrete drain cover occurred as he was catching up on Julien Piguet in the #9 and Benjamin Lariche in the #8. As the cover could not be sealed quick enough, the race was permanently stopped and the positions were frozen. 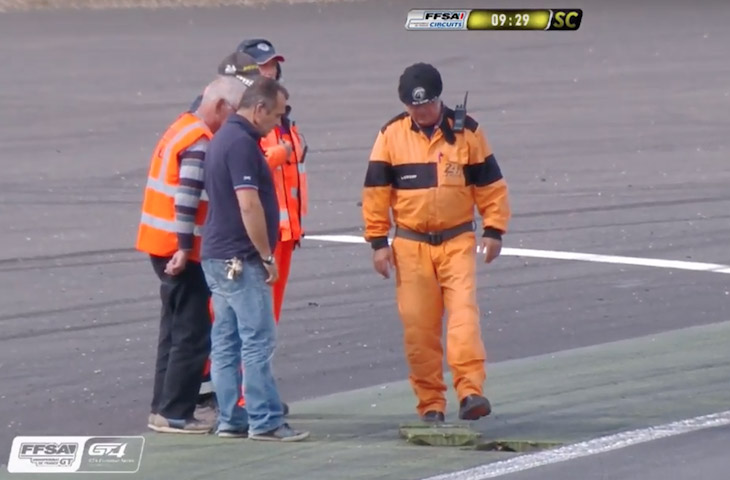 The #4 Energy By ART Porsche Cayman Clubsport driven by Gregoire Demoustier and Alain Ferté finished fourth, ahead of the #64 Vic’Team Porsche Cayman Clubsport shared by Eric Tremoulet and Olivier Jouffret. The #3 Energy By ART McLaren 570S GT was sixth throughout most of the second half of the race, but it had to take a stop-and-go penalty for speeding up in the pits. It finished in 21st position. 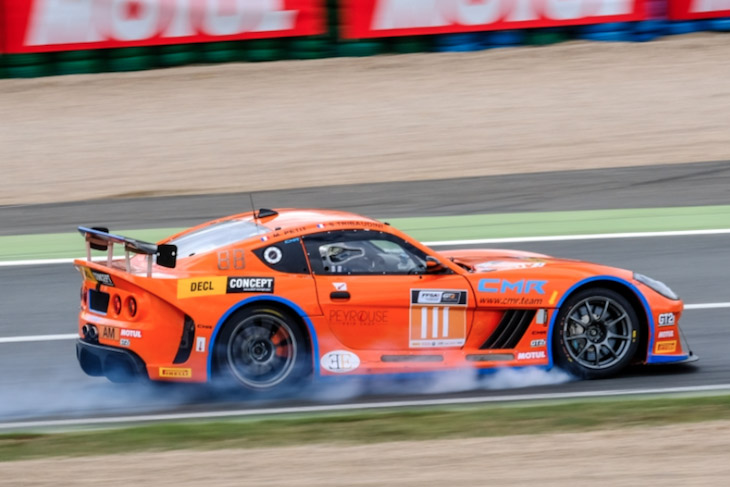 In the AM category, Tribaudini and teammate Mike Petit won the race in the #111 CMR Ginetta G55. They finished seventh overall, while championship leaders Paul and Jean-Philippe Lamic were collateral victims of an accident caused by Olivier Esteves in the #22 Martinet By Almeras Porsche Cayman Clubsport.

Race 2: Second Consecutive Victories for BMW Team France in Pro-Am and for CMR in Am

The BMW Team France again took pole position (1:47.412), ahead of a Ginetta G55 (the #26 CMR driven by Nicolas Tardif and Soheil Ayari) and an Aston Martin Vantage (the #44 Generation AMR Super Racing shared by James Holder and Matthew George). 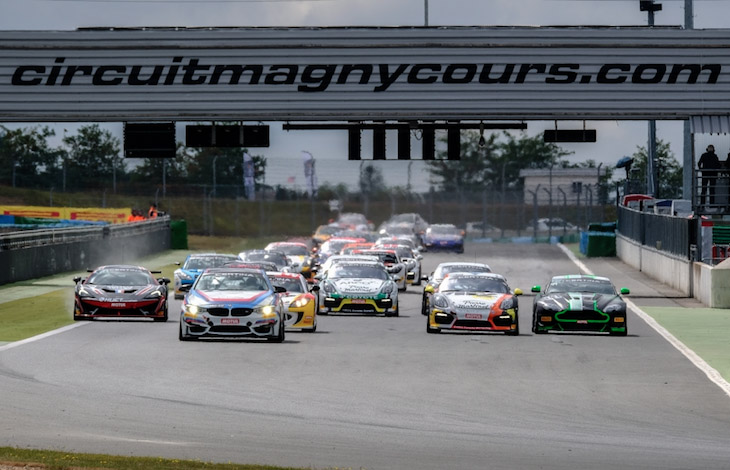 The trio maintained the same order, with a gap of approximately five seconds separating each car, all the way up until the compulsory pitstop window.

Once drivers were swapped, positions remained unchanged until the final seven minutes of the race, when Henry Hassid in the #18 Martinet By Almeras Porsche Cayman Club Sport and Gilles Vannelet in the #30 CD Sport Porsche Cayman Club Sport kept overtaking each other. This led to some damages on Vannelet’s car, which stopped on the start-finish line just two minutes before the checkered flag. “I had an exceptional car today. I was able to reduce the gap with Hassid. He just took me off track,” said Vannelet. The race was red-flagged and he was classified in third position, behind Hassid in the #18 and the winner Frédéric Johais in the #9. Moments after the podium ceremony though, race directors excluded the #30 for not being compliant with the series’ technical regulations. The #3 Energy By ART McLaren 570S GT driven by Bruno Hernandez and Simon Gachet inherited third place as a consequence, the best race result for this car so far this season. 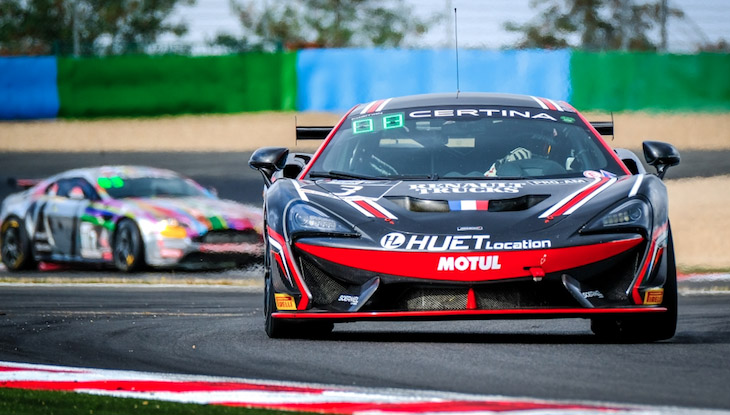 In the Am Category, Tribaudini and Petit won in the #111 CMR Ginetta G55 after overtaking the #6 BMW Team France BMW M4 Ekris GT4 in the final minutes of the race. Their fiercest competitors in the championship, the Lamic brothers’ #54 Vic Team Ginetta G55 suffered significant body-part damages. They finished the race in 24th position overall and 9th in their category.

Next up for the GT4 Southern Cup Series is the penultimate round of the season in Barcelona (Spain) from September 30 to 1 October 2017.