The F4 USA Championship Race 2 at Circuit of The Americas had to be red flagged due to a school bus that had managed to gain access to the live track while the race was still green.

It is still unclear how the school bus, which was empty of passengers at the time got onto the track near turn five and six.

The bus came close to cars which had slowed down after seeing the large yellow vehicle on track, and the race was red flagged immediately when race control became aware of the situation. 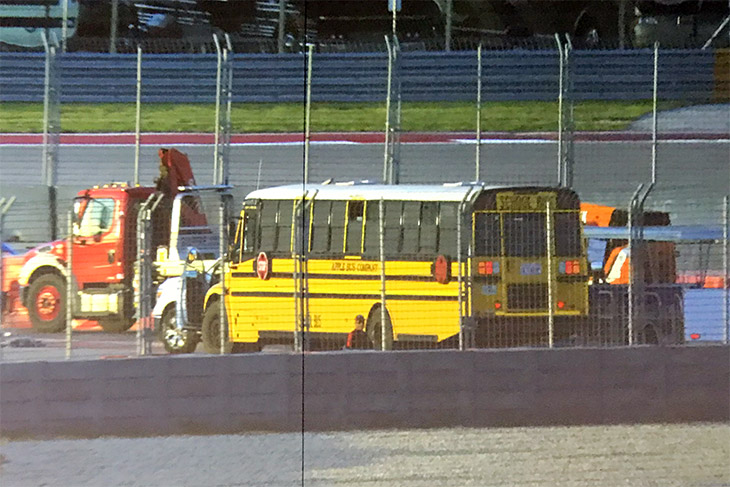 Once the bus had cleared the track it was meet by a Circuit of The Americas course vehicle, at the time of writing no further information has been made available regarding the incident!

(Ed – it seems that the rogue vehicle may be the bus used at the end of track action to collect corner workers from around the circuit and looks to have been allowed to enter the circuit prematurely!)