Two of the most recent LMP2 cars in the 22-car field fought for the win in the first race for the new Masters Endurance Legends series at Spa last weekend, Sean Doyle’s ex-Murphy Prototypes ORECA 03 narrowly edging out the Bob Blain owned similar machine driven by Jonathan Kennard. 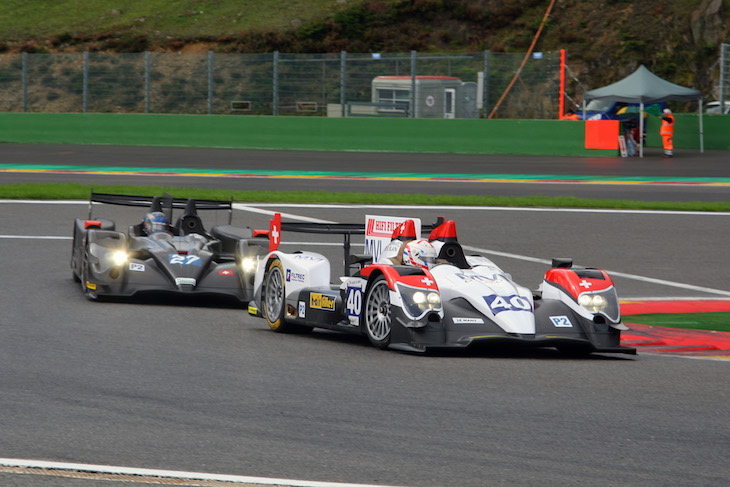 “It was very tricky out there in the wet”, said Doyle, “but really good fun!”

In third and fourth came the first of LMP1 cars, Matthieu Lahaye’s Pescarolo 01 trailing Doyle by 28 seconds while Martin Short ended up fourth in his Rollcentre Dallara SP1, some 45 seconds down on the winner.

A freak burst of rain that momentarily showered the back of the circuit during the opening lap put paid to several of the quick runners, including the pole-sitting Peugeot 908X of Kriton Lendoudis and Nicolas Minassian. Lendoudis along with Christophe d’Ansembourg’s Lola-Aston Martin DBR1-2 and six other cars decided to pit for wet tyres, but those that stayed out made the best bet, as the track had dried out within a couple of laps. 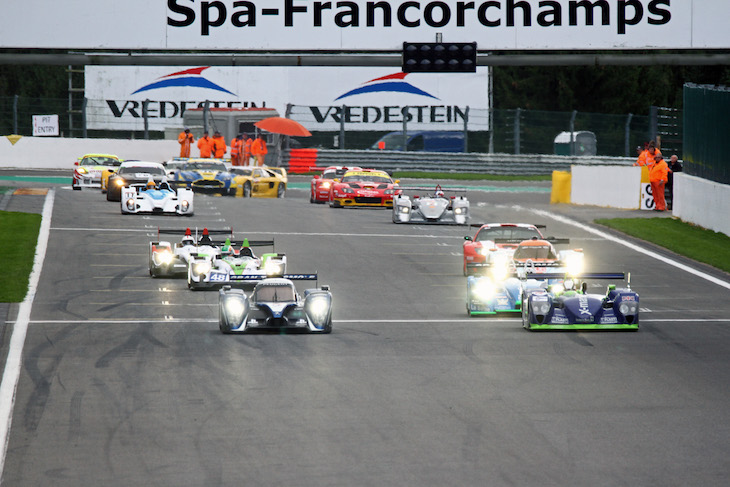 Initially, Martin Short led the way but he was soon overtaken by Doyle, with Kennard following suit on the second lap. Kennard briefly took charge on lap 4 before pitting on lap 5. Remaining stationary for a longer period of time than Doyle two laps later, Kennard found himself trailing the young Irishman again when he rejoined the track. On lap 13, Kennard closed to within three tenths and tried a lunge into La Source before thinking the better of it. Doyle then ran out to a 2.3-second lead at the chequered flag.

“I had one chance into La Source”, said Kennard, “but Sean knows the car better than me, and I didn’t want to do anything stupid. It’s a test day, and we’re here to entertain the crowds.”

Steve Zacchia’s ex-Prodrive Ferrari 550 GT1 was easily the quickest GT1 car, finishing fifth overall ahead of the Lendoudis/Minassian Peugeot, which was also hit by a drivethrough penalty for a starting-grid infraction (mechanics in front of car with less than 15 seconds before release). 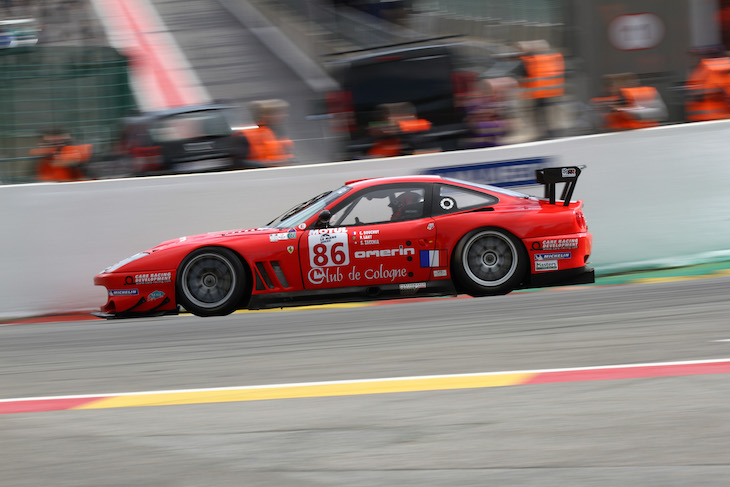 Michel Frey’s ex-Pegasus ORECA 03 was another pre-event favourite who chose to come in for wets after the opening lap. Coming from the back, the Swiss driver was up into fifth by lap 5. However, a stuck rear right wheel during its mid-race pitstop when changing back to slicks ended his challenge.