CoTA has always been one of my favourite circuits on the WEC Calendar. It’s a track with a bit of everything, high speed Maggots and Becketts-esque sections at the start, long straights with big stops in the middle and some tight and twisty stuff near the end of the lap. Set in the bustling city of Austin with a passionate Sportscar following, it really has everything.

The event started off well for Ford Chip Ganassi Racing with both cars near or at the top of the timesheets in all three practice sessions. Andy Priaulx and I confirmed our strong one lap pace by qualifying on the front row with 2nd position which was a great result and put as back in contention for the win after a couple of races at Nurburgring and Mexico City where we have had to play a supporting role. 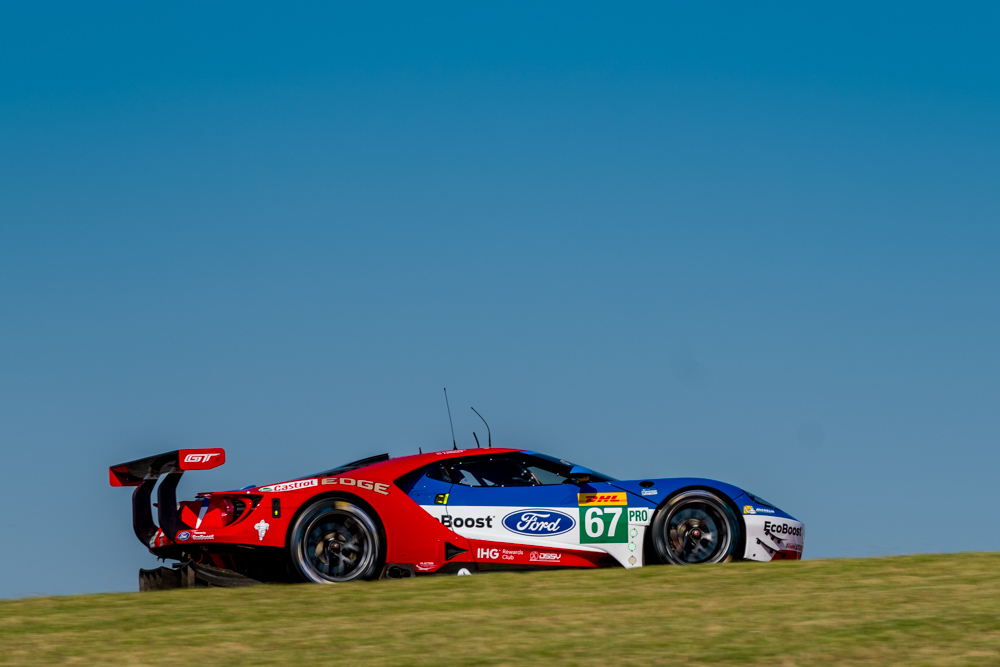 One of the big challenges of racing at COTA is the Texan heat. Come race day and the temperatures were up around 36 degrees Celsius, making for absolutely sweltering conditions inside the Ford GT. This weekend we had a few extra gadgets to keep us cool, such as ice jackets to wear before and after stints to cool the core body temperature down quickly.

Andy started the race and things went downhill right from the first corner where a tag from behind sent us spiralling down the order and we ended the first lap in 8th place which was far from ideal. Andy worked his way past the sister car of Olivier Pla but the pace at the front of the pack had unexpectedly lifted and we were struggling to go with it.

It was super tough and I was constantly fighting the car

We pitted after the first stint 20 seconds down on the lead and I went out on some hard compound tyres for a double stint. We never really got these tyres working and I really struggled from the start. In these situations, you just have to try and get your head down and grind out the stints, but it was super tough and I was constantly fighting the car, which in these conditions makes it very physical. My maximum heart rate was around 170bpm, the equivalent to a fast paced run, so I was definitely working hard inside the cockpit!

After what seemed like forever I handed over to Andy and back on the medium tyres we were definitely closer to the pace but still down on outright speed. We had a wheel nut issue in my pit stop which lost us time but most of this was negated when the safety came out for barrier repairs on the outside of Turn 11. 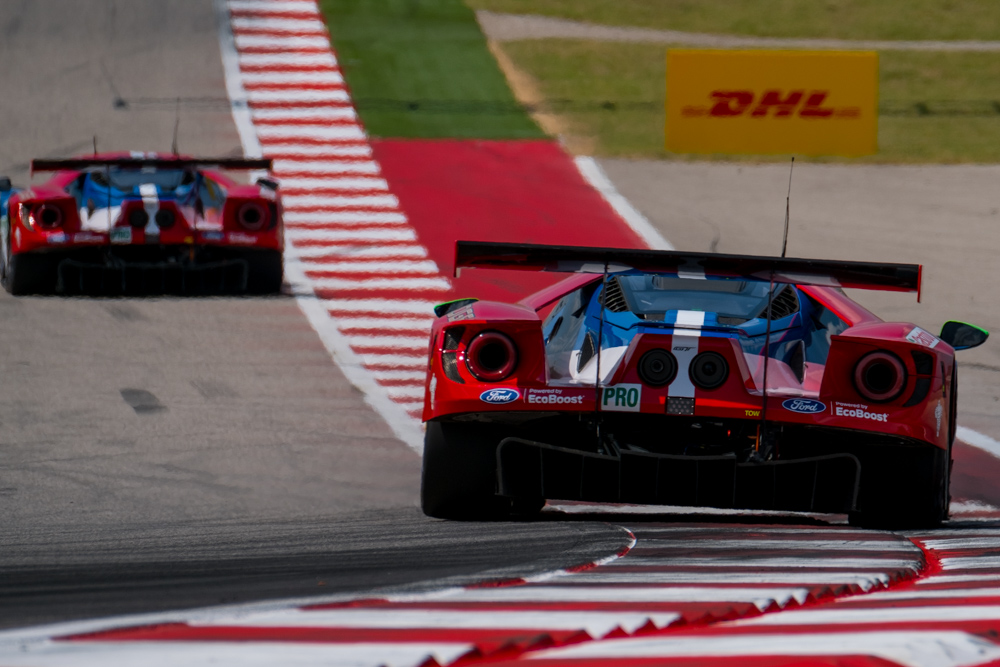 The final two stints were pretty unremarkable if I’m honest. I certainly preferred the medium tyre and was much quicker than in my first stint, closing in on the 91 Porsche we are fighting with in the championship before Andy took over to take the car to the flag. In the end we were only able to come home in 7th place, taking another 6 World Championship points. It was certainly very disappointing and the whole team had hoped for a lot more, especially after such a good qualifying at Ford’s home race.

As a team, we need to go back to the drawing board and work out exactly what went wrong and come back stronger for the Asian leg of the championship. We won at both Fuji and Shanghai last year so we know the car can do it. And the team has gone from strength to strength this year and the atmosphere and passion inside it at the moment is immense.

The attention to detail on the cars and the time and effort going into pit stop practice and overall fitness levels from the two crews is an amazing thing to have witnessed since the start of the program. It is exactly what is needed to take the title.

Luckily the results at COTA went the right way for us so we still lead the championship by 6 points. We’ve had a fantastic start, a slightly shaky middle and now it’s time for a super strong end to the year.