After a solid performance in the season finale at the Circuit de Barcelona-Catalunya Mirko Bortolotti, Christian Engelhart and the GRT Grasser Racing Team were crowned the new 2017 Blancpain GT Series champions. Together with Andrea Caldarelli they also took the Endurance Cup for drivers, while Bentley Team M-Sport claimed the Endurance Cup teams’ title.

This, after the race win in Barcelona went to the #88 AKKA ASP Mercedes-AMG of Felix Serralles, Tristan Vautier and Dani Juncadella, narrowly beating the #17 Team WRT Audi.

“This year was my first season in GT3 racing,” said a jubilant Serralles after winning the race. “Sometimes we were close to the podium this year, but then some mistakes were made in the pitstops, as I am not used to driver changes. What was different today from the other races is that everything went smoothly. It is a special weekend for me, especially with what happened back home. I am sure that ever happy to see a Puerto Rican Flag on the podium.” 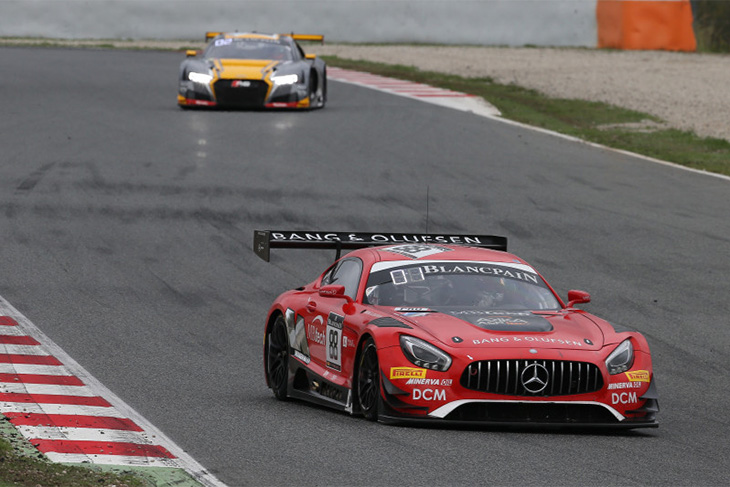 Mirko Bortolotti and Christian Engelhart started the final race of the season with a healthy lead in the overall driver rankings, but in the Blancpain GT Series Endurance Cup they were trailing Bentley trio Andy Soucek, Maxime Soulet and Vincent Abril. In order to have a clean sweep of titles the Lamborghini duo, again sharing the #63 Grasser Racing Team Lamborghini with Andrea Caldarelli, needed to make up eight points.

A less than perfect qualifying for the Bentley trio set them on the back foot, even though Vincent Abril managed to gain a dozen positions in the opening stint. Andy Soucek edged the #8 Bentley Team M-Sport Continental into the top-10 but an intense three-way fight with a BMW and a Jaguar would cause heartbreak for the Spaniard. Halfway through the race the gearbox of the Bentley was damaged and Soucek had to park the car.

The Bentley’s retirement meant that Bortolotti and Engelhart were certain of the overall drivers’ title, and by finishing third in the final round of the season the drivers of the #63 Grasser Racing Team Lamborghini put the cherry on the cake by claiming the Blancpain GT Series Endurance Cup for drivers. 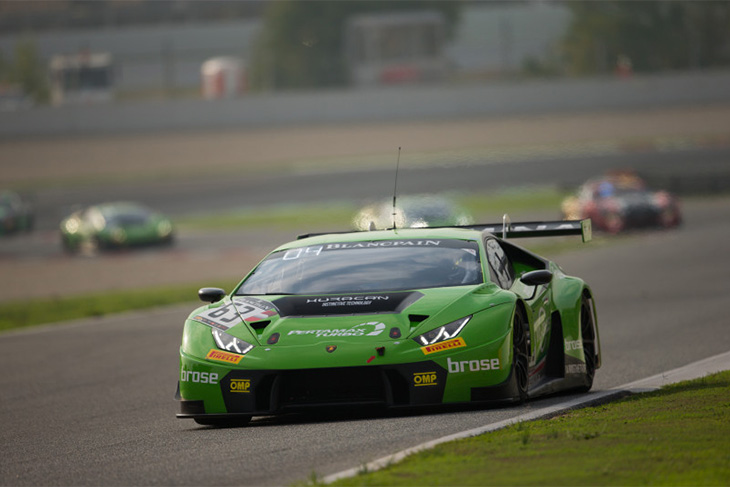 “The beginning of the race did not happen as planned,” said Engelhart. “I lost a lot of positions during the first lap, because of the lack of grip and this is something that we should be working on for the next race. But now, I just want to focus on the fact that we achieved everything that we wanted to and I am really thankful for this.”

Bentley’s director of motorsport, Brian Gush, commented after the race: “Securing the Endurance Cup Teams title is testament to the hard work that every single member of Bentley Motorsport and Bentley Team M-Sport has put in to this season.

“I’m proud of our achievements as a team and we’ll use the energy from this championship win as we start preparations for 2018. We’ll be back next year aiming to go one better and secure the driver’s title too.” 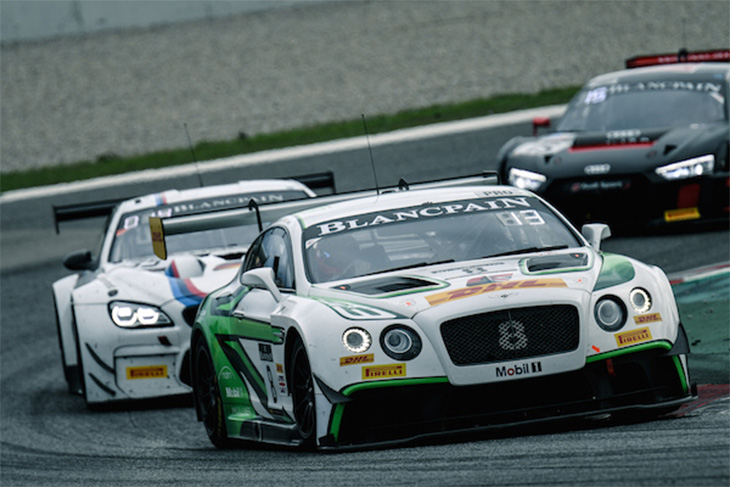 Far in front of the title contenders two cars were at it hammer and tongs in the fight for the race win. Dani Juncadella had taken the #88 AKKA ASP Mercedes-AMG up to first position by the end of the opening stint, Puerto Rican driver Felix Serralles consolidated that position, and just like in last year’s sprint race in Barcelona Tristan Vautier brought the car home.

It wasn’t an easy ride though. In the #17 Team WRT Audi Stuart Leonard, Jake Dennis and Robin Frijns were chasing the red Mercedes-AMG all the way, Frijns even coming alongside in the final chicane of the final lap. However, the Dutchman slid wide, and had to settle for second.

In the Pro-Am Cup the crew of the #77 Barwell Motorsport Lamborghini took a third win of the season. With Hunter Abbott standing in for the injured Adrian Amstutz, Martin Kodric and Patrick Kujala drove another perfect race, just like in Silverstone and Le Castellet. They eventually finished in 16th overall, some 25 seconds clear of the #333 Rinaldi Racing Ferrari of Rinat Salikhov, Daniel Keilwitz and Alexander Mattschull.

Even before the start the latter was sure of becoming Blancpain GT Series Pro-Am Cup winner, and by claiming second in Barcelona Rinaldi Racing takes the teams’ title as well. After the #15 Black Falcon Mercedes-AMG slid into the gravel trap some four minutes from the end of the race, the final Pro-Am Cup podium position went to the #89 AKKA ASP Mercedes-AMG. 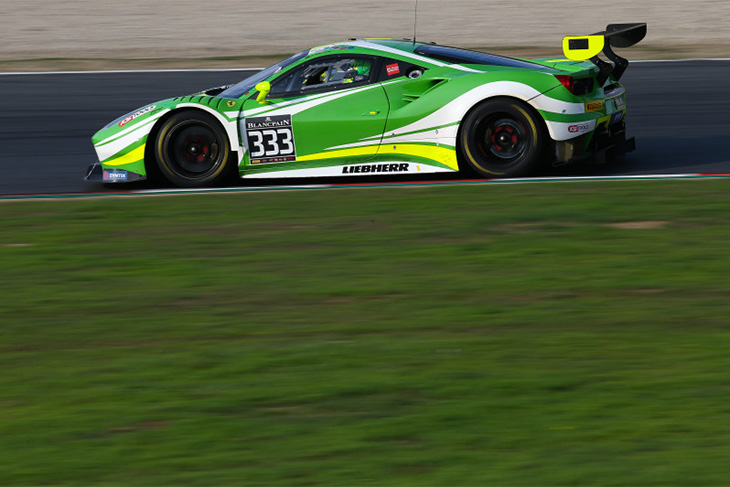 “It was important to me to win the team title as well, as it is a great achievement,” Pro-Am champion Mattschull said. “On the other hand, it is a pity that Daniel is not next to me as he had an injury and was not able to compete one race this season, but we had some great times over the season.”

In the Am Cup the Barcelona race was all about the duel for the endurance title. The crew of the #888 Kessel Racing Ferrari only had to finish to take both the driver and team crowns, but when the car ended up in the gravel trap, that suddenly looked very difficult.

However, Jacques Duyver managed to free the car, and Marco Zanuttini and David Perel brought it home. For the Italian driver it was the second endurance Am Cup win, with Perel adding the title to the 2017 overall Am Cup win. Rino Mastronardi and Pierre Ehret, the only drivers who, before the start could keep the Kessel Racing trio from the endurance Am Cup title, found consolation in taking the Am Cup win in the final round of the season, at the wheel of their #488 Rinaldi Racing Ferrari.