After Porsche finished Free Practice 1 top of the times, Jose Maria Lopez set the quickest time in the afternoon’s second practice session at the Fuji Speedway, the Argentine steering the #7 Toyota TS050 HYBRID to a 1:39.202 in the driving rain.

The time was set early, and was 1.3 seconds faster than the other runners in LMP1, before the session was red-flagged following a big off for Vitaly Petrov in the #25 Manor ORECA. The Russian went backwards into the wall at 100R with 75 minutes remaining in the 90 minute session, causing significant rear-end damage to the car (below). 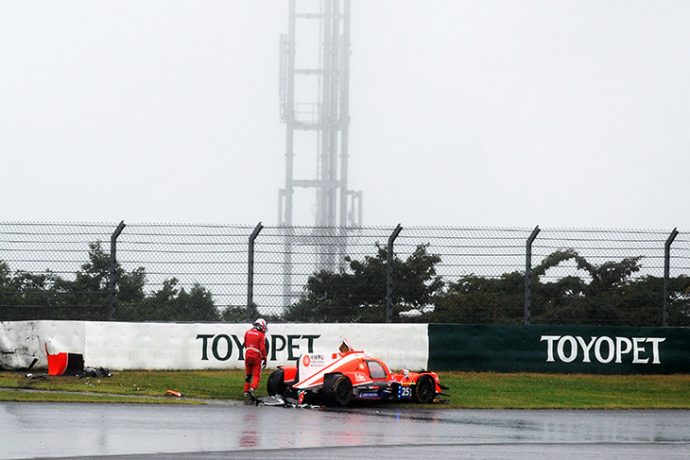 Free Practice 2 didn’t restart for another 50 minutes, with the rain coming down harder and the barriers needing repairs.

Behind Lopez, the #1 Porsche that topped FP1 finished up second with a 1:40.523 from Neel Jani, with the #8 Toyota third. The #2 Porsche, could only manage fourth.

In LMP2, it was Jackie Chan DC Racing topping the times again, this time though, it was the team’s #38 ORECA which led the way, Thomas Laurent setting a 1:47.437, pushing the #31 Vaillante Rebellion ORECA to second after Bruno Senna’s early 1:47.521. 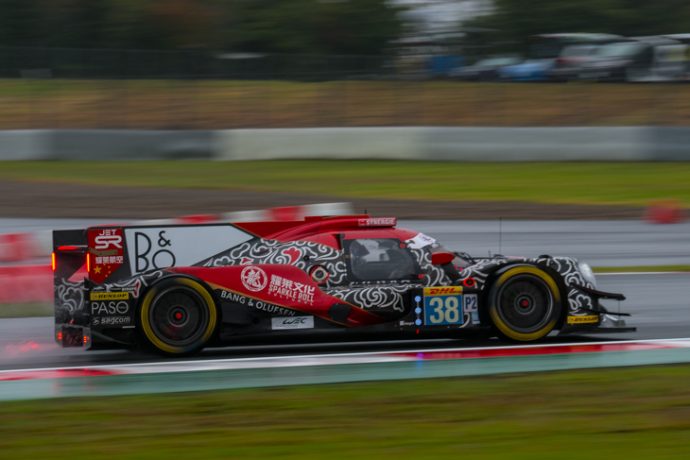 Porsche was fast again in GTE Pro, but Ford’s #66 GT concluded the day’s running with the fastest time in the session. Oliver Pla lapped the Speedway in 1:52.658. 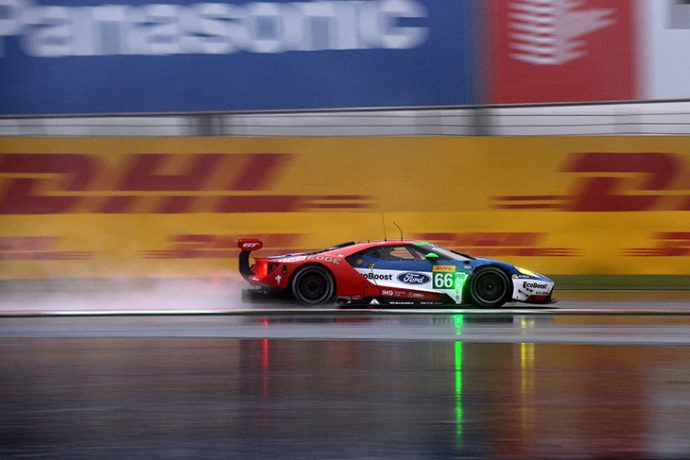 The #91 finished second, Frederic Makoweicki reeling off a 1:52.710 in the opening minutes. The sister 911 RSR took third spot In the class, pushing the #67 Ford – which suffered a small engine bay fire in the pits prior to the session (below) – to fourth. 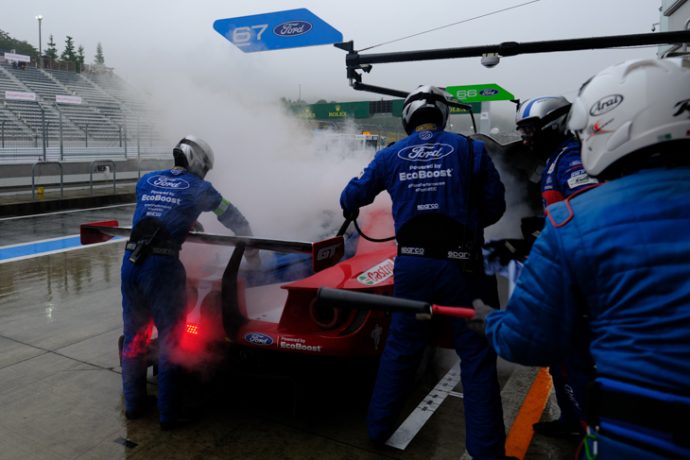 After setting the second best GTE Am time in the first session, Clearwater Racing’s Ferrari managed to go fastest in the second run, local hero Keita Sawa setting a 1:53.381. Spirit of Race slotted in second, with the Gulf Racing Porsche third. 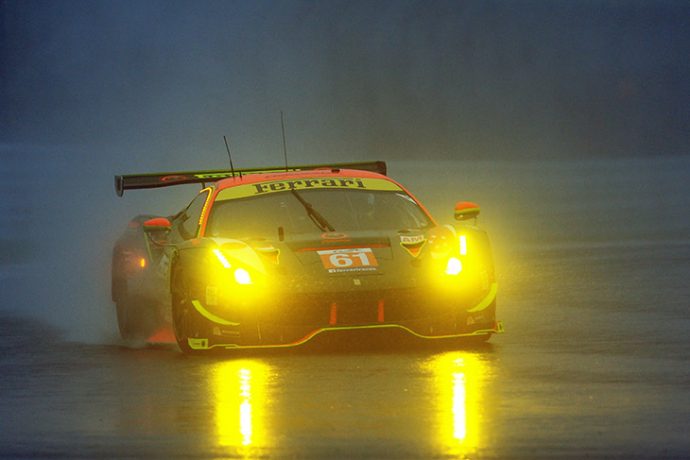 Once again the pacesetters in Am were able to mix in with the top GTE Pro cars on pace, the top two in the pro/am class sitting fourth and fifth in GTE.