21-year-old Australian James Allen is approaching the end of his first season in prototypes and he’s very pleased with how the year has panned out.

After graduating from Formula Renault 2.0 Eurocup where he finished 16th in the 2016 championship, the young Australian moved forward with his dream to drive in the 24 Hours of Le Mans by accepting a drive in the #40 GRAFF ORECA 07 alongside Richard Bradley, Franck Matelli and, for the latter part of the season, Gustavo Yacaman.

The decision proved a good one, with a class win at Spa-Francorchamps in the European Le Mans Series and a sixth place in class at La Sarthe. In light of that, Allen spoke to DSC about his thoughts on the year.

This has been your first year in prototypes and you’re currently sitting third in the European Le Mans Series LMP2 Teams Championship. You must feel very satisfied with the season?

It was definitely a big leap of faith, to do the European Le Mans Series

Did it feel like a leap of faith at the start of the year or were you quietly confident that from what you’d seen, and the research that you’d done, that this was the way to go?

“I’d done a test in LMP2 last year and that went quite well and the team was very happy with me. Some things happened and that team decided to go into the FIA World Endurance Championship and so I was out of a drive. So I had to sign for GRAFF having not driven for them at all. 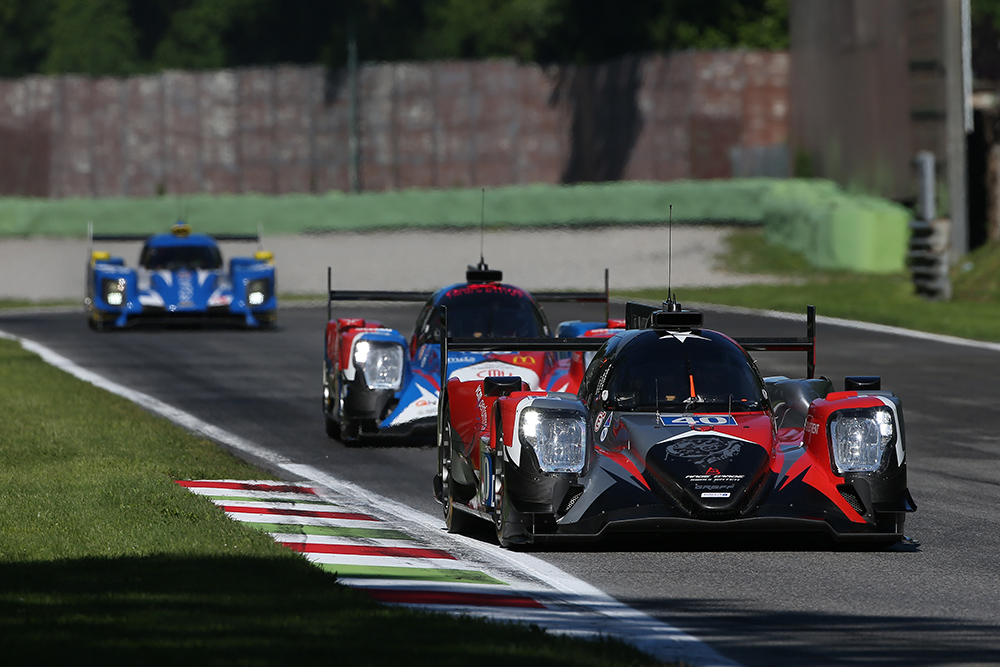 “It was definitely a big leap of faith, to do the European Le Mans Series. The car was also new to me so I didn’t know anything that was going to happen.”

The win at Spa-Francorchamps must have been very special with you in the car when the #40 GRAFF ORECA 07 took the lead in the second hour. Did you feel that the team could hold that position through to the end of the race?

“Yes, I felt quite confident. When I had passed Will Owen in the #32 United Autosports car I felt that I had a lot more pace over the other cars so it felt quite convincing that the team and the car could hold he position to the end.”

Did that weekend feel different for you? Did you go into it thinking that you had good experience in the car and with the pace in the car you just had to bring it all together on the day? So you’re now challenging for second place in the LMP2 Teams Championship. What is your, and the team’s strategy, going in to this race?

“Second is possible but I feel like it’s not what we can do – it’s what mistakes United Autosports would need to make so it’s a bit out of our hands but we will still do the best that we can.”

The change of drivers half way through the season when Gustavo Yacaman became your teammate could have been unsettling. That relationship seems to have gelled well.

I would like to do the European Le Mans Series with GRAFF again, but it’s currently up in the air at the moment

“It was definitely a big shock to see Franck (Matelli) go and it wasn’t ideal – I would have liked Franck to have stayed as I had developed a good relationship with him. But Gustavo has definitely melded into the team very well and he’s doing a good job.”

And now the season is drawing to a close, are you in a position to announce your plans for 2018 or are you still in the planning stage?

“I’m still planning at the moment but I would like to do the European Le Mans Series with GRAFF again, but it’s currently up in the air at the moment.”