New GTE Dunlops for this weekend

Dunlop has brought a new ‘medium plus’ tyre compound for the GTE runners this weekend. At each of the other five rounds in the championship, the teams have had to choose between soft and medium tyres, (A and B) while this weekend the selection will be medium and medium plus, (B and C). 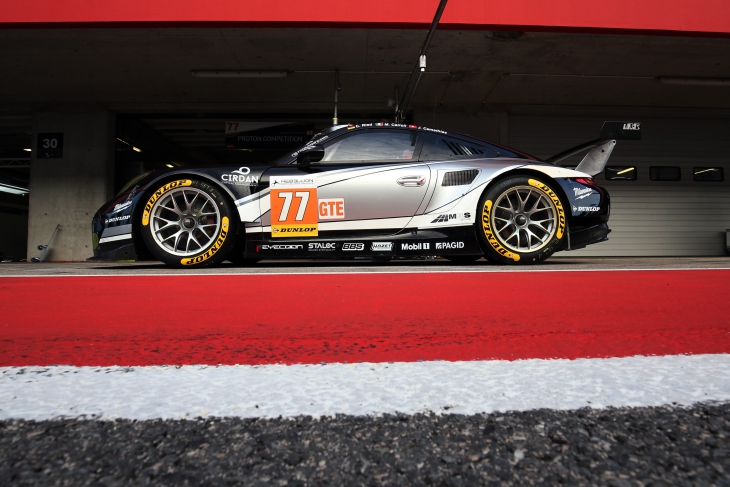 While there was speculation in the paddock as to whether or not the new compound would noticably favour the Aston Martins in the field on pace, as the Vantage is traditionally harder on its tyres, the Ferraris went on to set the pace in qualifying. DSC understands that the #55 Spirit of Race Ferrari hadn’t used any compound other than the soft A this year prior to this weekend, Matt Griffin putting the car on pole in its first Qualifying session on a medium (plus) compound.

Next season, Dunlop plans to bring its 2017 WEC compounds to the ELMS’ GTE class.

By securing a point for pole position yesterday, the #55 Spirit of Race Ferrari of Duncan Cameron, Aaron Scott and Matt Griffin are now firmly in the GTE points battle for the finale, just 10 points off the championship lead. 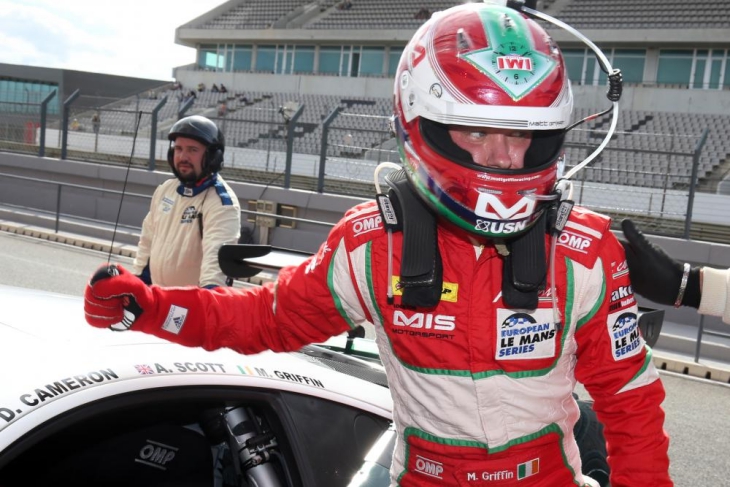 DSC caught up with Griffin, who set the team’s time in qualifying, to get his take on the magnitude of the pole lap:

“My first lap was riddled with mistakes so I just had to put my head down, concentrate and it’s the best lap I’ve ever done in my life!” He said. “And if someone said you had to do it again I’m not sure that I could. It was just one of those magic laps where you think ‘How did I do that?’ To put six-tenths into everybody I was surprised. When your lap-time comes up you think: ‘God!’ So I’ve really got to thank the team. The car was really on point, our strategy for qualifying was on point and I think our strategy for the race is really good.”

“And the pole here is unbelievably critical. It’s not a huge grid but there’s a lot of quality there. If you said to TF: ‘All you guys need to do is finish fourth and the #55 Spirit car wins, you win the championship’. That’s an easy prospect. Now you have to say to them: ‘Right, now you have to finish third’.

“Even if we win now, no matter where anybody finishes, we are guaranteed second place in the championship which is the Le Mans entry which is very important for the team. And there’s six cars so as long as someone else finishes second we can be champion and it puts us in a really comfortable position. And all we need to do is not think about anybody else.”

When asked about whether or note team orders would be in play should the sister car be leading at the end of the race, while the #55 sits second, Griffin said it would be up for discussion.

“At the moment I’d say no but, as and when, that’s a discussion that will inevitably happen inside the garage if I’m in the car. It’s the sort of thing that, as a driver, you don’t want to be involved in anyway but I’m sure if they were leading and we were second, a discussion would take place. How that discussion would go, I have no idea.

“They’ll want to win the race too but we are teammates so – who knows? The slight downside for us is that those guys don’t seem to be absolutely on the pace at the moment. It looks like the Astons seem to be struggling a little bit as well which is a good thing.”

RAM Racing, which set pole for this morning’s Le Mans Cup race in support of the ELMS, has lost its grid slot for “not being in compliance with respect to the fuel analysis.

The Mercedes, driven by Ramon Vos and Tom Onslow Cole, will therefore start at the back of the pack. As a result, the championship-leading Ebimotors Lamborghini inherited pole, and scored an extra point. The Italian team now leads the standings by eight points.

DSC spoke to Nicolas Lapierre, who won the Le Mans Series race in 2010 at the circuit with Team ORECA Matumut (below), about the differences between the circuit since the last time the series came to town. 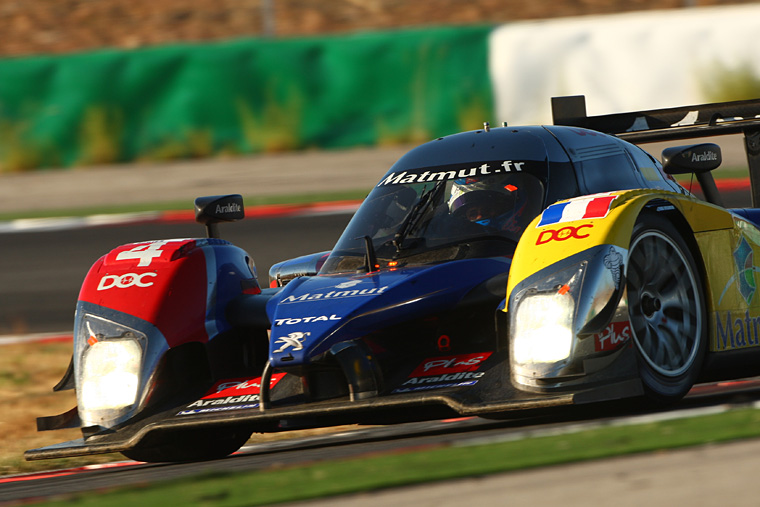 “It was already very bumpy in 2010 but for sure it’s even more now. We have bumps everywhere and it’s pretty bad. On the line it’s reasonable but when you go out of the line to overtake it’s bad but I guess it’s the same for everyone so we just have to deal with it. But it makes it quite different to the other tracks.’

So far this weekend, the LMP2 cars haven’t been able to lap the circuit faster than the LMP2 pole time from 2010, a 1:33.489 by Danny Watts in Strakka Racing’s HPD ARX-01C. Lapierre says the reason the current LMP2s have been unable to eclipse Watts’ time is due to the conditions this weekend.

“The track is more bumpy so it doesn’t help with lap-times, for sure. I don’t think we will go faster at all this weekend because the conditions are not easy. It’s been raining a lot so the track is quite green and it will be quite hot for qualifying so it’s not the best conditions you can have.”

After the excitement of qualifying was over for the afternoon, FIA World Endurance Championship and European Le Mans Series Race Director Eduardo Freitas turned his attention to the rather more serious business of overseeing the series’ inaugural Flamingo Race.

As the paddock of the Autodromo do Algarve, Portimão, boasts the welcome addition of a pool (not widely used this weekend, it has to be said), it was decided to pit the swimming prowess of a team from the paddock, in this instance TF Sport, against a team from the series organisers.

So it was that, at 5.00pm, a group gathered at the pool to witness the first running of a race that demanded that four widths of the pool were completed whilst sitting in, or on, a large pink, inflatable flamingo.

Both teams got off to strong starts but it was the team from the series organisers, comprising of Pascal Dimitri, Jean-Baptiste Debonte and Frederic Patriach, who had the edge at the final turn, beating TF Sport by centimetres at the finish.

The 4 Hours of Portimão is set to start at 13:00 local time in Portugal. You can stream the race live, and access timing and scoring on the series’ website HERE >>>