With just two hours of racing left in the 2017 International GT Open season, it’s still all to play for in the points standings ahead of the finale at Circuit de Catalunya, with just the Am class title settled (the Sports&You Mercedes of Luis Silva and António Coimbra taking the crown).

Leading the standings is Giovanni Venturini in the Pro class, the young Italian driving with Lamborghini customer team Imperiale Racing. Consistency has been the key to his position at the top, having scored points in each race so far this season. His lead is just five points, so with teammate Marco Mapelli, who took over from Thomas Biagi at the Silverstone round, he’ll need two good results to seal it.

“It’s the first time in my career that I am in a position to win a top title”, Venturini said ahead of the weekend, “and I can feel some responsibility on my shoulders, but the best way to approach the decisive round is to do things exactly as we have done so far. The strategy will be the same: do the best we can, especially in Race 1, where we will have only a 5-second handicap.” 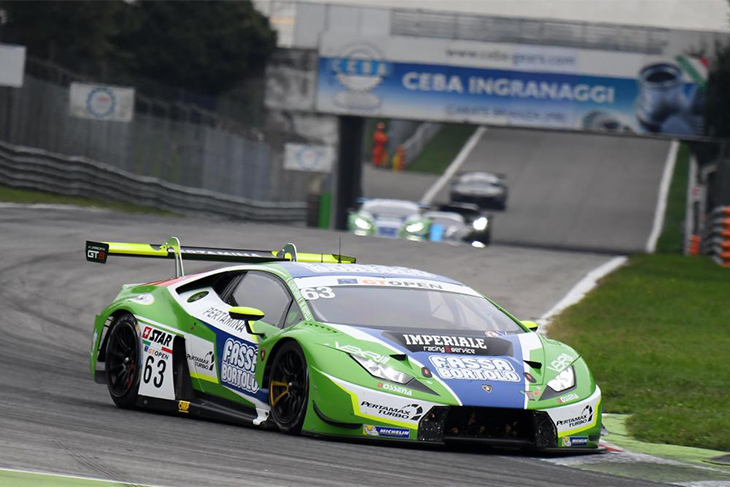 Behind, Teo Martin BMW drivers Fran Rueda and Victor Bouveng, have 92 points, the pair of 21-year-olds aiming to take their first GT Open title after putting themselves in with a chance after winning races at Paul Ricard and Budapest.

They’re not the only pair in contention, chasing Venturini, as Albert Costa and Phillipp Frommenwiler are in the hunt too, just 14 points back, after a highly successful first season racing with the Lexus RC F in the series as part of the Swiss Emil Frey Racing team. This season they’ve won three races, and scored Pole Position twice, so expect them to be on the pace this weekend too, with Costa racing on familiar territory in his home nation.

“We are extremely motivated and will fight until the end. We have prepared this decisive round very thoroughly, I’m just out of the simulator, and we’ll get there without stress, as we are in the hunter’s position,” Costa said. “Of course, being on my home track that I know perfectly, and having some extra testing sessions on Thursday, should be a plus to have the car perfectly set-up.” 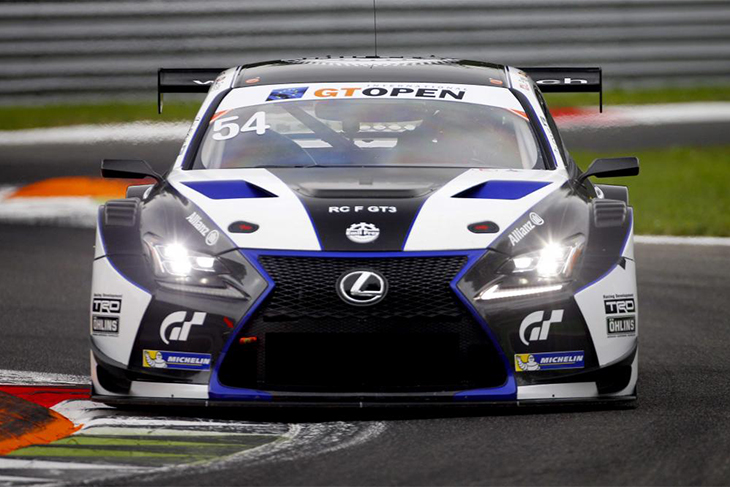 Thomas Biagi, former teammate of Venturini is also in the fight, paired with Raffaele Giammaria in Imperiale Racing’s seconds car. He’s 16 points behind. He, like Venturini, will have back up for the two protagonists racing with Imperiali, as Blancpain Endurance Cup champion Christian Engelhart will race with Vito Postiglione in the team’s third Huracan.

Further back, mathematically, the Spirit of Race pair of Miguel Ramos and Mikkel Mac is clinging on to a spot the title race too, but things will be quite difficult for them, with a 19-point deficit to erase; there are still 30 points still on the table though.

In the Team’s Championship, it’s the same two teams at the top, Imperiale Racing on 82 points, ahead of Teo Martin on 80.

Unlike in Pro, the Pro/Am title race is almost settled. Rob Bell and Shaun Balfe, in the Balfe Motorsport team’s second season racing with McLaren have racked up three class wins this year, and are just two points away from sealing it. Barring a disaster, it’s therefore unlikely that the lead will change before the winners are crowned.

Should disaster strike however, Piergiuseppe Perazzini, joined by Marco Cioci in his AF Corse Ferrari 488, is the only candidate who can mop up the spoils.

Looking beyond the title race, there’s plenty of British interest on the 26-car entry list. Returning to the grid are Jordan Racing with its Bentley Continental GT3 and FF Corse after missing the races at Monza.

Notably, Johnny Mowlem is back with Ivor Dunbar in the latter outfit’s Ferrari 488 GT3. Mowlem has been busy since his last GT Open trip, racing with his Red River Sport clients across the UK in GT Cup and Britcar; his most notable achievement scoring the Ferrari 488 Challenge its first ever win in a non-single make race last month, racing in GT Cup with teammate Bon Grimes. 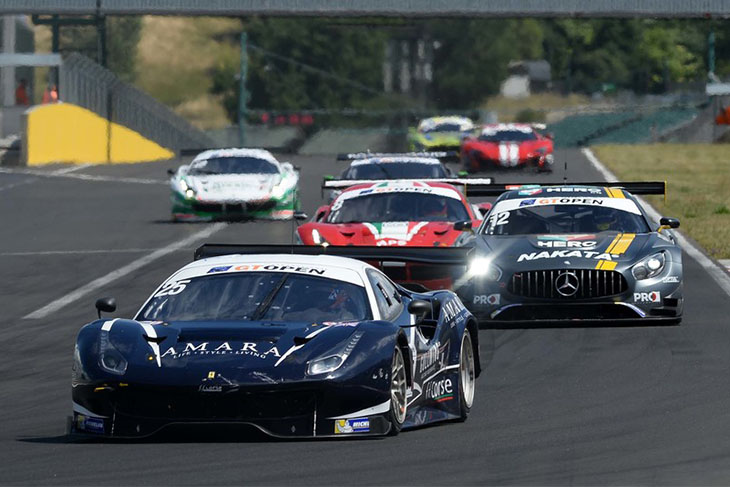 He’ll be looking to end the season on a high, coaching Dunbar, who has improved notably over the course of his first GT Open season.

Wessex Vehicles will also be in field with the race-winning pair of Craig Dolby and 2017 British GT champion Seb Morris.

As a duo, it was an impressive debut in the series last time out, winning Race 1 at Monza (below). This weekend will be a exciting end to the plucky team’s expanded GT Open programme this year with the Reiter Engineering-designed Lambo, which has seen it compete at four events with Dolby and a rotating supporting cast of Thomas Enge, Morris and Riki Christodoulou. 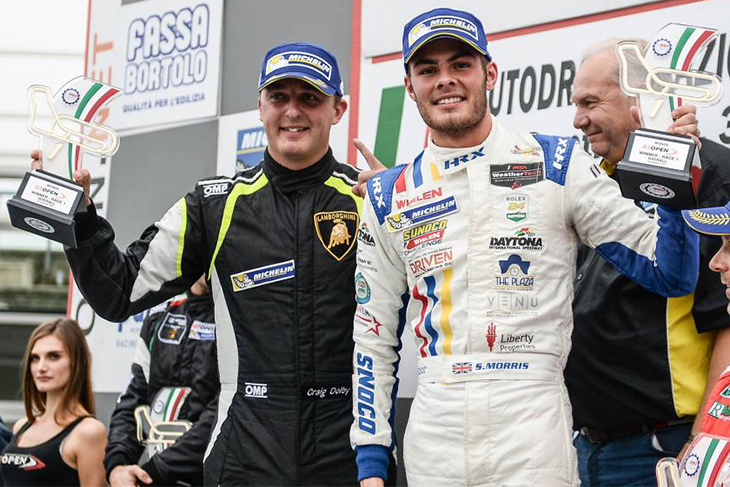 Another British team traveling to continental Europe for the races is Optimum Motorsport, set for its series debut. The Wakefield-based team, which has years of experience racing in British GT, Blancpain as well as the Le Mans Cup, will race with an Audi R8 LMS for former British GT champion Bradley Ellis and a currently unconfirmed teammate. Rinaldi Racing and Senkyr Motorsport are also notable additions to the list.

Elsehwere, this weekend will see Antonio Flex Da Costa race with Teo Martin for a third time this year, with Lourenço Beirão in the #51 BMW. Newly-crowned BES co-champion Andrea Caldarelli is also back driving the SF Ferrari, alongside Fu Songyang, while Allam Kodhair joins the Drivex Mercedes crew once again for a fourth time, to race with Marcelo Hahn.

The first race of the weekend is set for 16:00 on Saturday, with the second a day later on Sunday at 14:15, local time in Spain.