Russell, a familiar figure to this day to many in the IMSA paddock as one of DSC’s regular pit reporters back in ALMS days, has, since then, taken up club racing, latterly in his #33 2009 Porsche Cayman S.

The Cayman carries the livery of the TAG Heuer branded Supercup Porsche that Mika Hakkinen drove in the early 1990s before winning back-to-back Formula 1 World Championships in 1998 and 1999. 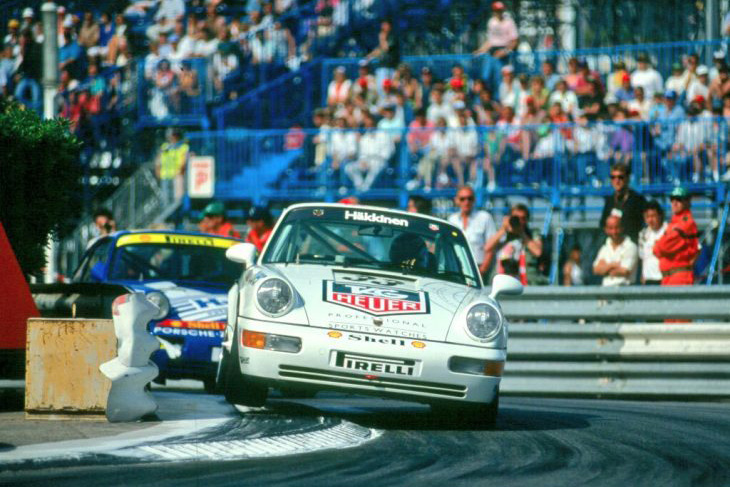