Well my second trip to Shanghai International Raceway netted me my second win! It was a terrific race for the Ford Chip Ganassi Racing team and it really required a full team effort to get the job done.

I wasn’t sure whether the win was in our grasp after qualifying when we were only 4th. I understand some of our rivals ran two new sets of Michelin rubber but even still, the gap was quite big at around 6 tenths and recently we’ve been qualifying on the front row of the grid. However, we were quite happy that our race set up was stronger than our one lap pace suggested and we went into the race.

Andy started the race and we were down to 6th before we knew it as his side of the grid was slightly delayed when the start was given and our team mates in #66 and the #71 Ferrari got past on the run to turn one. Andy didn’t panic and in a race dominated by tyre wear, he slowly got himself back in the race, repassing the #71 Ferrari and handing over to me in 5th place. 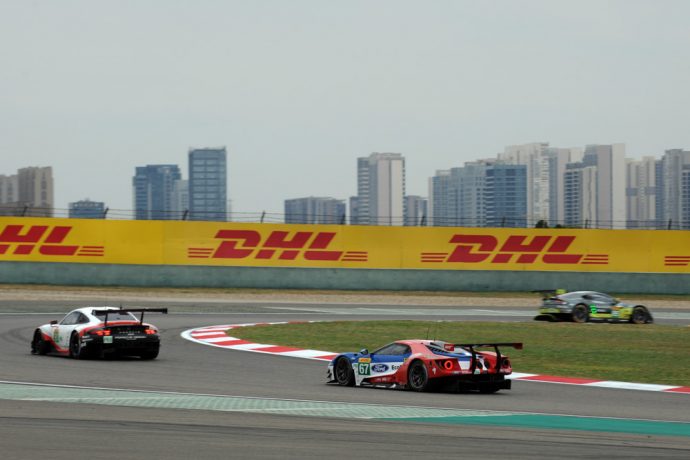 I was immediately in a battle with the #95 Aston as soon as I clicked the pit lane speed limiter off. He had pitted a few laps before but slick work by the Ford crew managed to get me out side by side into turn one and I could wrestle 4th position away. I started to catch the #91 Porsche but while I could close up to the back of the 911, passing was very difficult. Acceleration isn’t currently our strong point and I had to be content with looking after the tyres and handing the car back to Andy in 4th.

In the third hour of the race the leading Porsche of Kevin Estre had an engine problem and was out which moved us up to 3rd. Up front Andy was right with the leaders and he stayed in the car for a double stint, the team rolling the dice with another fresh set of tyres at the pit stop. This point of the race was critical as we needed to make this advantage count before I finished the race on a less than ideal tyre strategy. Andy pushed on hard and we passed the #66 with the undercut when they pitted a few laps later. After catching the #91, Andy made a fantastic pass round the long right hander on the back straight and managed to pull away to a 20 second gap before handing over to me with about an hour and a half to go. 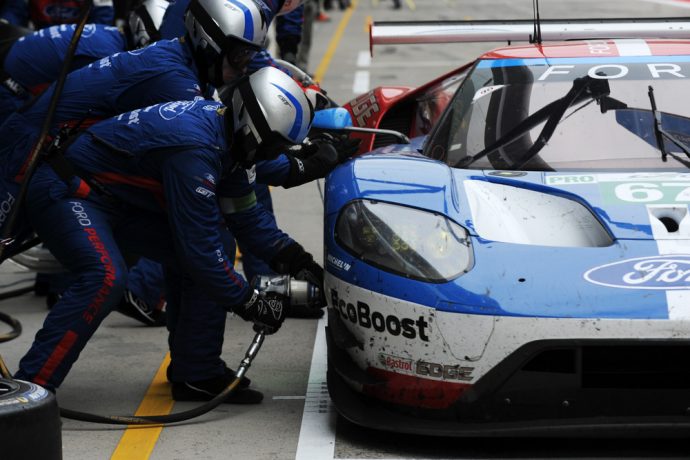 With old tyres versus new on the #91, the tables were turned as I started to get hunted down by the Porsche. He sliced through Oli who was also now struggling in the #66 and was filling my rear view camera screen before I knew it! But I knew if I could keep him behind for as long as possible this would help when I would have fresher tyres at the end of the race. What ensured was a battle royale, with Richard Leitz doing everything to pass the widest Ford GT in history! He was down the outside of me on multiple occasions but I always managed to place the car in the right position to just about fend him off. I really had to use all the experience I have learnt from when I first started in karting when I was 8 years old. 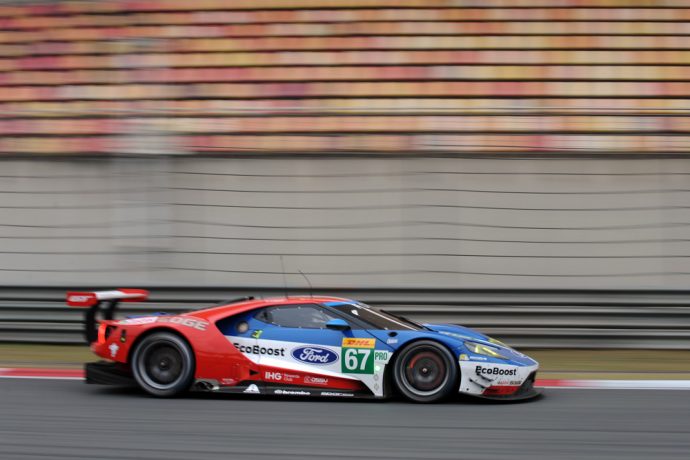 After what seemed like a whole stint of defending, I managed to pull about a second gap (which seemed like an eternity), then when coming onto the back straight I saw in my mirrors a Toyota P1 car fully sideways and no sign of the Porsche. I kept my head down and was informed the Porsche had pitted and taken two tyres. We boxed about 5 laps later, therefore taking on less fuel for the final 25 minute dash to the line and also putting on some fresh tyres. I came out 5 seconds ahead and on the first lap I did a 2.03 lap time and the car felt like a rocket compared to the 2.06s I had been doing at the end of the previous stint! With the Porsche’s tyres now past their best, three super quick laps out the box were enough to put the race to bed and we ended up winning the race by 11 seconds.

The relief and happiness on the slowing down lap was amazing. It’s been a long time since Le Mans where we had our last really good result. We’re 7.5 points from the championship lead, meaning a win in Bahrain with pole position will be enough to take the title. Not much then! In all seriousness it is going to be tough, but I’m very happy to be in the fight and we’ll do everything possible to make it happen. 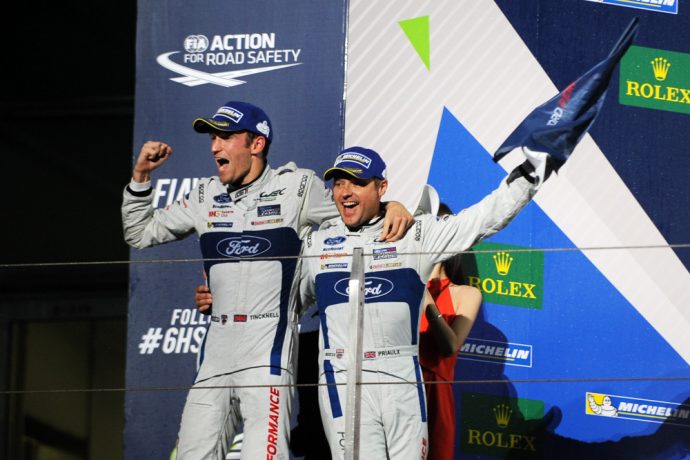