The team will field Henrik Hedman and Ben Hanley as part of their line-up with a third, Pro driver, still to be named aboard what will be the first US-flagged LMP1 team in WEC history.

Following last month’s announcement of the team’s intention to enter the LMP1 class in the WEC, whose 2018-2019 ‘Super Season’ will include the next two runnings of the Le Mans 24 Hours, the DragonSpeed team has been examining the available options for both chassis and engine. 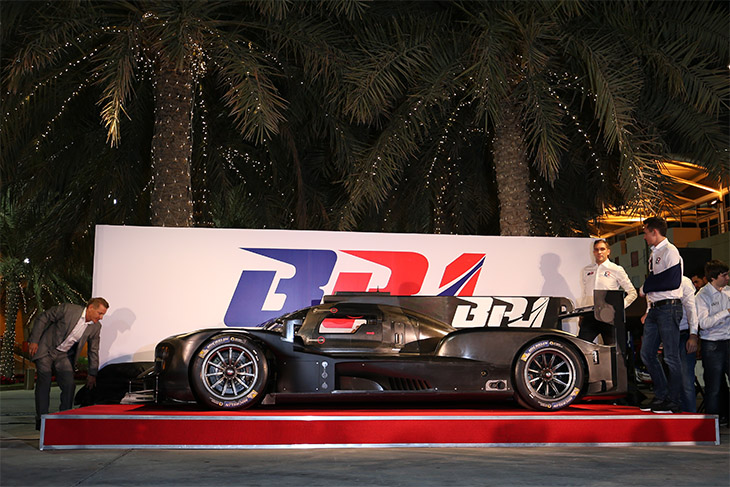 The first BR1 was unveiled in the paddock at Bahrain today ahead of the final round of the 2017 FIA WEC tomorrow.

“After looking carefully at an impressive range of options to enter the LMP1 class, we’ve concluded that a combination of the new Dallara BR1 chassis and a purpose-designed Gibson V8 normally aspirated engine will give DragonSpeed the best opportunity for racing success. We expect the car and engine to be delivered in time for testing prior to the pre-season Prologue Test in April, with more testing before the season gets underway at Spa in May. We’re under no illusions as to the scale of the challenge – in fact, that’s why we are stepping up. The entire team can’t wait to get started.”

“We are delighted that DragonSpeed have selected the Dallara chassis for what promises to be a spectacular next WEC season. The opportunities in LMP1 for 2018-2019 are enormous and adding a successful championship-winning LMP2 team to the premier class will add another layer to an already very interesting mix for the ‘Super Season’.”

“It is very good news that one of our most successful LMP2 customers has opted to remain with us for LMP1 and we are delighted to be able to continue this excellent partnership and look forward to tackling the challenge of LMP1 together. We are working hard to ensure that the required combination of power, fuel efficiency and strong reliability is available from the moment the DragonSpeed Dallara-Gibson goes on track.”