Neel Jani and Nick Tandy combined to secure Porsche its final LMP1 pole position in the WEC with the 919 Hybrid, the pair setting a 1:39,383 time in the #1 Porsche in today’s WEC Qualifying at Bahrain.

The best lap from the two was a blistering 1:39.084 from Jani in the second half of the session, prompting the team to put Tandy back in the car for a second stint after the Britain made an error on his first flying lap. Jani’s time was half a second clear of the other drivers in the class, a perfect showing in the German marque’s final Qualifying session in the LMP1 class.

“We only went back out because Neel did such a good lap,” Tandy said. “I made a big mistake on the my flying lap, luckily I could correct it later. It’s a good start to our final weekend.”

Second on the grid will be the #7 Toyota TS050 HYBRID, driven by Jose Maria Lopez and Mike Conway in Qualifying, the pair setting a 1:39.646. The second row of the grid meanwhile, will be the #2 Porsche ahead of the #8 Toyota.

And in LMP2, Signatech Alpine took the honours, championship contender Gustavo Menezes and Andre Negrao combining for a 1:47.227 time. The point keeps Menezes in the title fight, though he’s still 22 points back, and will need to win tomorrow and hope the #38 Jackie Chan DC and #31 Rebellion ORECAs falter. 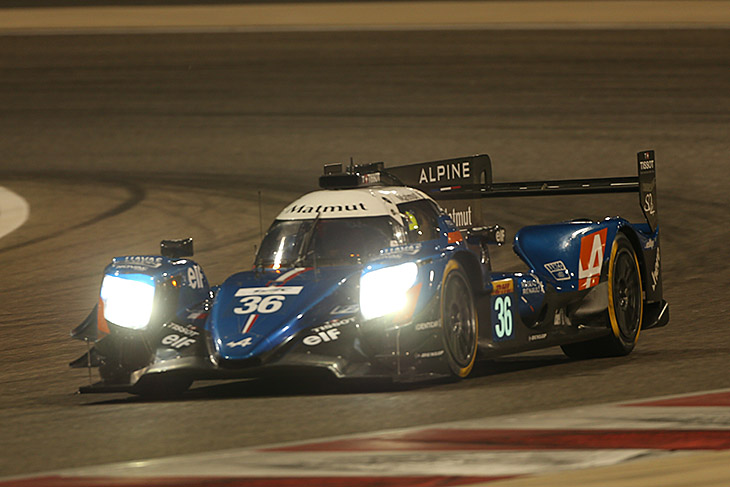 “We started the weekend in a bad way with the set up, but we’ve corrected it today,” Negrao explained. “Over one lap the car is amazing, we’re still fighting for the championship, we’re really far back but we’ll keep fighting.”

Behind, the top three was completed by the other two LMP2 challengers, #38 Jackie Chan DC Racing 07 Gibson slotting in second, with the #31 Vaillante Rebellion ORECA third.

In GTE, the #71 AF Corse Ferrari of Sam Bird and Davide Rigon will start tomorrow’s race from Pole position, the duo setting an average of 1:56.033, with a fastest time of 1:56.021 set by Rigon early in the session. Notably, the combined time from them is almost a second quicker than last year’s Pro pole time. 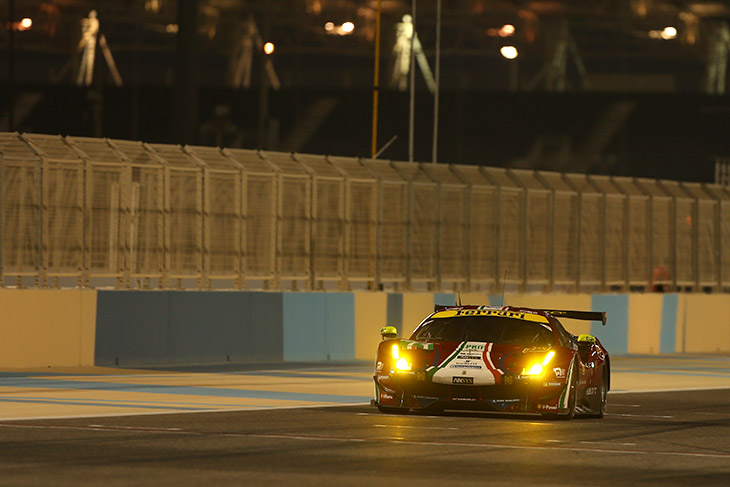 “We’re delighted, Davide did a great job, his time was a pleasant surprise, then the pressure was on me to perform,” said Bird after the session. “I was a little nervous, but I’m really happy I did a good job.”

Completing the front row will be the #97 Aston Martin Vantage, Darren Turner and Jonny Adam setting a 1:56.372, three tenths off the pole time.

First of the championship challengers on the grid will be the #67 Ford GT of Andy Priaulx and Harry Tincknell, who pushed hard to score the extra point, but ultimately will start third, four tenths slower than the lead Ferrari.

The #51 Ferrari, which is leading the GTE Pro standings, will start fourth, ahead of the #95 Vantage which will line up fifth on the grid. The fastest Porsche – the #91 which is challenging for the title – meanwhile, will start a lowly sixth.

GTE Am meanwhile, saw the Aston Martin Racing scored crucial point with its seventh pole of the season, the #98 crew edging further to the title ahead of tomorrow’s race. With a 2:00.111 combined time, Paul Dalla Lana, Pedro Lamy and Mathias Lauda are now 11 points clear at the head of the standings. They just need to finish at least fourth to seal it. 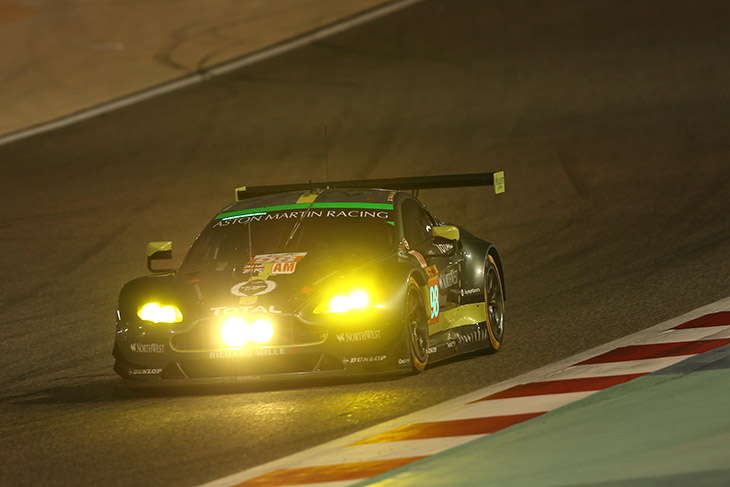 “It’s getting really close out there, there’s a tenth separating the top three cars,” Dalla Lana said. “The car was really nice this was my first low fuel tyre run. I didn’t get the most out of the first lap, but I did enough to get pole in the end.”

The Clearwater Racing Ferrari will start second, two tenths adrift of the Pole time, with the Dempsey Proton Porsche third.

Only four of the five GTE Am teams made it out in the session, the Gulf Racing UK crew forced to skip Qualifying after the fire in this morning’s practice. The team is confident it will be back out for the race tomorrow though.