Brazillian driver Pietro Fittipaldi is set to test a Porsche 919 Hybrid in tomorrow’s WEC Rookie Test at Bahrain, after sealing the 2017 World Series Formula V8 3.5 title in yesterday’s race. In addition to that, he’s also become the final World Series champion, the long-time Renault single-seater championship not set to run after this season. 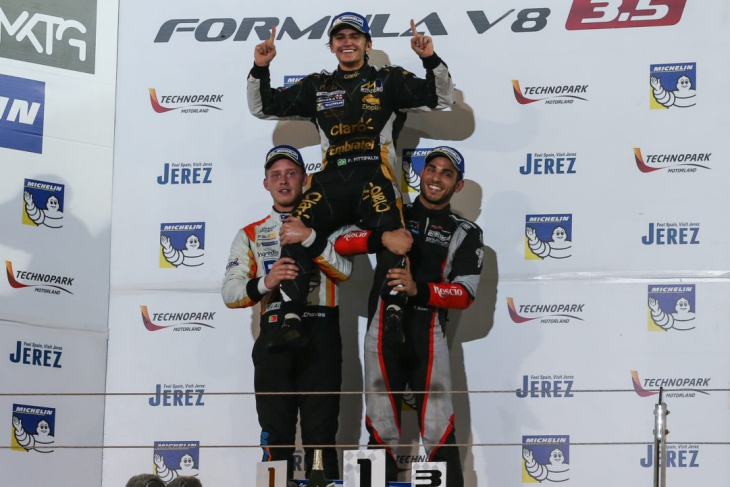 “I’m ecstatic for this title!” Fittipaldi said. “When I realized Matevos stalled on the grid I knew I had a chance to be crowned champion today. I tried to attack Henrique in the first laps, and then I decided just to keep going until the end. It has been an amazing season with the team, they are like a family for me and I wanna thank everybody for the support, not only the Lotus team but Escuderia Telmex as well.”

Today’s final World Series Race at Bahrain will settle the remaining two Rookie Test spots, which will be taken by the second and third place finishers in the standings.

The hard fought, and until Shanghai, super tight GTE AM title battle has seen a significant twist overnight as the #86 Gulf Racing UK Porsche squad have been dealt a 1 lap penalty after not taking part in qualifying, the team working to solve a problem that had twice seen the car suffer a fire to the rear under Full-Course Yellow conditions. 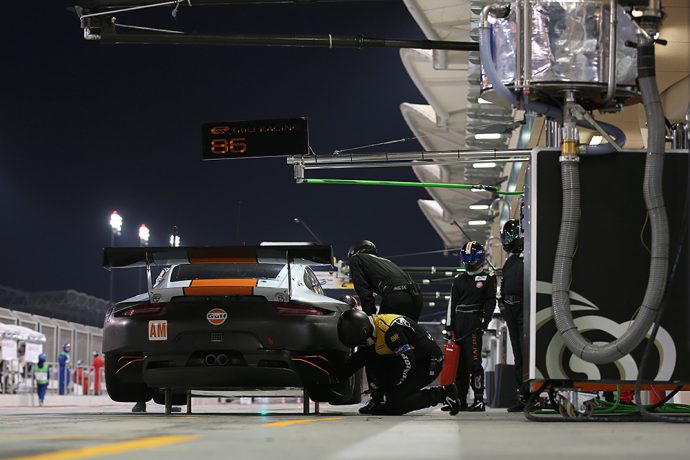 That puts the championship-leading #98 Aston Martin in a strong position, 11 points clear in the Championship and needing only to finish fourth in a five car class field to clinch the title.

How the title fights currently stand

The #36 Signatech Alpine could also play a part, would need trouble to hit both the cars ahead in the standings to turn around their points deficit (currently on 139) but could be a confounding factor even if they don’t take the crown.

In the Drivers standings the significant points are identical for the teams, but some drivers are in the top three cars are not in a position to lift a title after missing races during the season – Bruno Senna and Julien Canal would be champions if the #31 triumphed after Nico Prost missed the Nürburgring round whilst on Formula E duty.

All three #38 drivers are on an identical score but in the #36 Signatech Alpine only 2016 Champion Gustavo Menezes is in the hunt after Nico Lapierre raced twice with Toyota and Andre Negrao replaced Matt Rao earlier in the season.

Three teams are in the title hunt, and so are their drivers in the Drivers standings too.

The #51 AF Corse crew sit on 146 points, 13 clear of the #91 Porsche team, fourth or better will do for the Teams Championship for the Ferrari.

Also still in with a chance is the #67 Ford, a further 2 points astray.

The Drivers Championship though is much tighter.

Alessandro Pier Guidi and James Calado lead on 135, just two points ahead of Fred Makowiecki and Richard Lietz with Shanghai winners Harry Tincknell and Andy Priaulx still in the hunt on 127.5 though failing to secure pole means that even if they win, second would be enough for Calado and Pier Guidi

Still mathematically in the hunt though requiring widespread misfortune elsewhere is Davide Rigon on 114.5. Sam Bird’s New York Formula E adventure costing him half a point and counting him out of the title running.

After a title fight that had been ludicrously close for much of the season the cards fell well for the #98 Aston Martin crew in Shanghai who, courtesy of pole position yesterday, now hold an 11 point lead in the Teams standings – 4th position will do tonight. They sit on 173 points to the #77 Dempsey Proton Porsche’s 162, and Clearwater racing’s 161.

In the driver’s standings the points sit in the same order, though with different points totals.

Paul Dalla Lana, Pedro Lamy and Mathias Lauda sit on 167, 11 clear of Christian Ried, Matteo Cairoli and Marvin Dienst.
Clearwaters Mok Weng Sun, Matt Griffin and Keita Sawa are still in with a mathematical chance too, though require bot the crews ahead to hit trouble. 147 sees them 20 points astray.

We’ve been reminded by DSC’s ace snapper Peter ‘Pedro’ May that today marks the 13th anniversary of our first meeting. Founding Ed Malcolm Cracknell and I met the fun-sized ball of photographic enthusiasm at the Britcar night race at Brands Hatch. 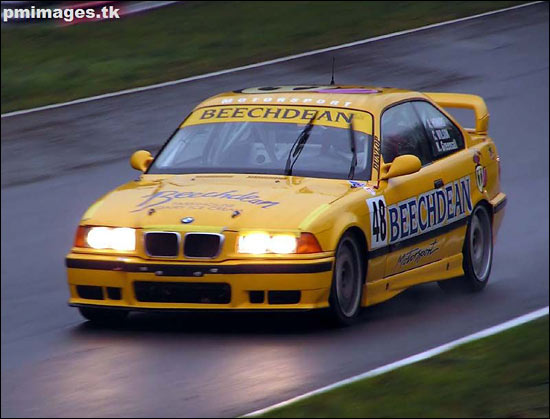 Here’s his first image published (above) on DSC – a Beechdean-backed BMW M3 – with Nigel Greensall and Andrew Howard (of course) on the driver roster – in an odd coincidence the accompanying text notes that Greensall, having clinched the Open race win, was due to fly the following day to Bahrain for the inaugural GT Festival at the then very new circuit!

Verstappen takes the new Vantage out for a spin

Red Bull Racing Formula One driver Max Verstappen joined Aston Martin’s Dynamics Chief Engineer Matt Becker for a taste of how the new Vantage (the base for the 2018 GTE model, to be launched next week) handles the track.

Here in the paddock as a tribute to the Porsche 919 Hybrid, which is set to race one final time in Bahrain this weekend before the Porsche LMP1 programme comes to an end, is a 919, with one half made of lego. 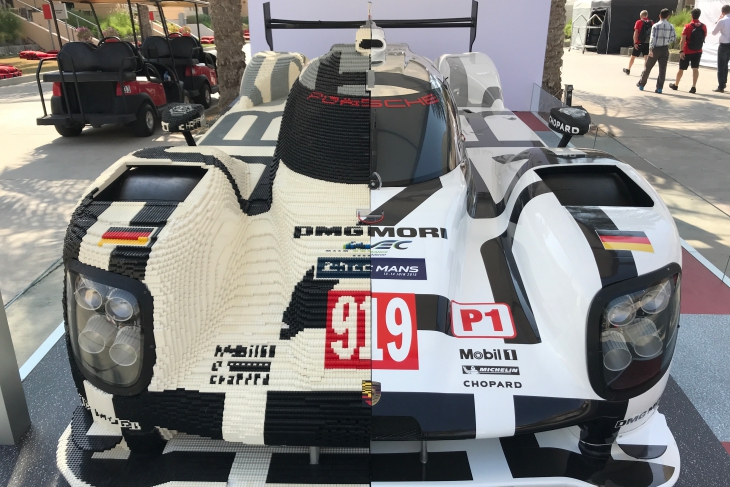 SMP Racing has tweeted out a picture of the new 2018 BR1 LMP1 on-track, showcasing the car’s blue and red front lights in the shape of BR Engineering logo.

What do you think about the design of the headlights on the Russian prototype of LMP1 class – BR1 with BR Engineering logo? By the way, it was created by the design engineer from Russia Artem Bazurov.
—#smp #smpracing #brengineering #br1 #bahrain #prototype #LMP1 pic.twitter.com/lFF1E3x6Gp

Read DSC’s piece about the car’s launch last night in the paddock HERE.

Today’s 6 Hours of Bahrain is set to begin at 16:00 local time in Bahrain. It’s set to be streamed on the FIA WEC App with commentary from Toby Moody, Allan McNish and DSC Editor’s Graham Goodwin, as well as covered in full for free on radiolemans.com.