The 2017 British GT champions capped off the season in style on Friday, receiving their trophies and awards at the historic Palais Brongniart in Paris, France, as part of SRO’s 25th Years of GT Racing celebrations.

The best of the GT3 and GT4 classes were present, Team Parker Racing’s Seb Morris and Rick Parfitt Jnr, as well as Will Tregurtha and Stuart Middleton of HHC Motorsport collecting their silverware.

Both pairs left with multiple trophies. It was a busy evening for Parfitt Jnr who collected his Blancpain Gentleman Trophy prize – as well as the Pro/Am class trophy alongside Morris.

“Andy Soucek was the first person to greet me at the door and offered his congratulations. That means a lot coming from a driver of his calibre. It’s been an amazing year, it’s always an utter privilege to compete in British GT, and – all being well – I’ll be back to carry #1 in 2018.”

Equally, Middleton and Tregurtha collected the GT4 Silver Cup trophy and Rookie of the Year awards, while the duo they replaced as overall champions – PMW Expo Racing/Optimum Motorsport’s Graham Johnson and Mike Robinson – picked up the GT4 Pro/Am Cup title. 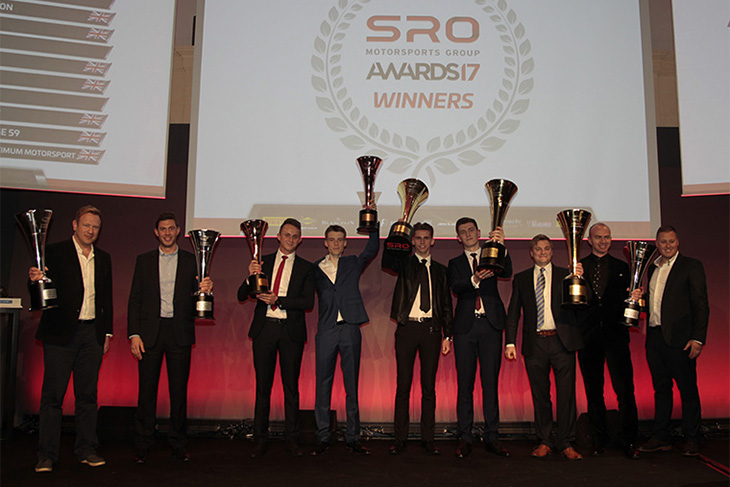 There were also appearances on stage by Barwell Motorsport’s Mark Lemmer and HHC Motorsport’s Charlie Kemp who collected their respective GT3 and GT4 Teams’ titles. Phil Keen and Joe Osborne meanwhile, were confirmed as 2017’s GT3 and GT4 Sunoco Fastest Drivers of the Year.

For Osborne (pictured below with Tolman teammate David Pattison), who unfortunately was unable to attend, Friday was very special, the Tolman Motorsport driver becoming the 2017 Allan Simonsen Award winner. The award, which was first handed out in 2013 after his passing, recognises the speed and spirit of a driver whose performances might have gone unnoticed during the season. The award’s previous winners include Nick Tandy, Phil Keen, Alex Sims and Jonny Adam. 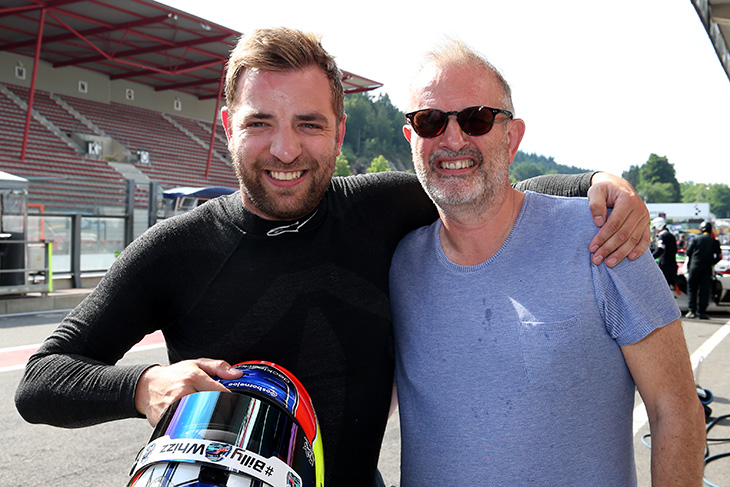 “This is a really personal award for me because I considered Allan a friend,” he said. “I used to live with his brother Benny when we worked together at Bedford Aerodrome and Allan would come and stay from time to time. I was just starting out in racing but Allan was always very honest and pushed me to better myself. Then, when I joined British GT, he continued to offer advice and became something of a hero of mine in the paddock.

“So it’s nice to be recognised as having the same qualities as Allan. I don’t think I’ve been much quicker than previous seasons but one thing that has changed is my attitude towards racing and maybe how I present myself. I guess that didn’t go unnoticed. Of course winning the GT4 championship would have been nice, but I genuinely would have swapped it for the Allan Simonsen Award. I feel incredibly honoured to have won it.”

British GT’s final standalone prize of the evening – PMW Expo Team of the Year – recognised a squad that had excelled during periods of success and adversity. Throughout a rollercoaster campaign, Track Club experienced both. 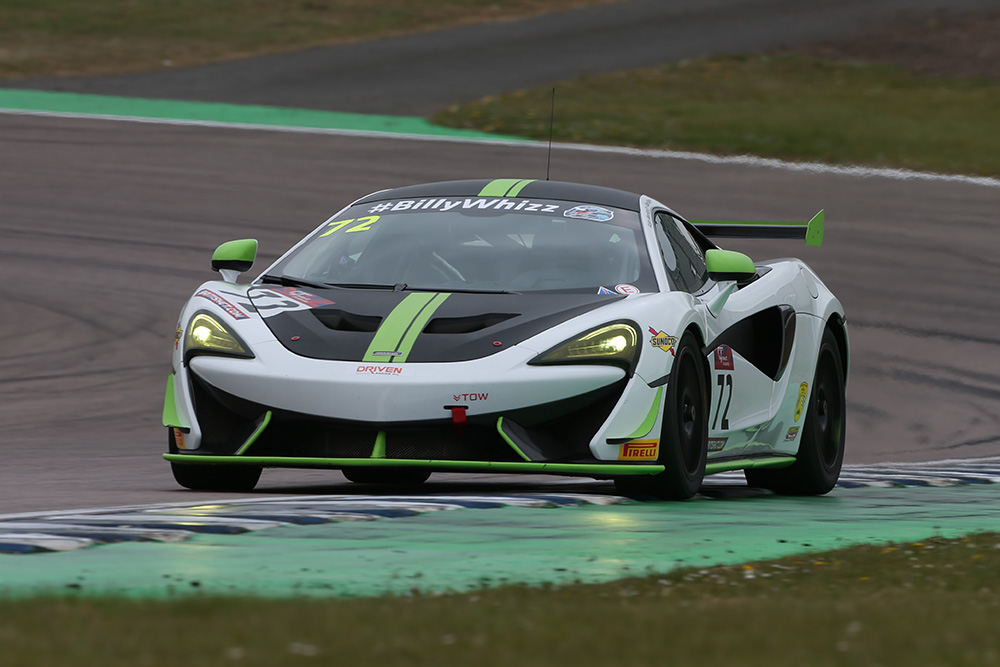 The team, along with drivers Adam Balon and Adam Mackay, made an immediate impression at Oulton Park by winning on debut, and claimed a second outright GT4 victory of the season at the championship’s blue riband Silverstone 500. However, while speed was never in short supply, reliability issues and bad luck seemed to stalk Track Club’s McLaren, and never was that better demonstrated than at Spa where the team worked tirelessly to cure a persistent turbo problem.

While others suffered their own fair share of setbacks, the judging panel felt Track Club’s all-round contribution marked them out as worthy PMW Expo Team of the Year winners.