Jackie Chan DC Racing had almost the perfect result at the 4 Hours of Fuji, round 2 of the 2017/2018 Asian Le Mans Series at Fuji Speedway.

A second consecutive win for the #8 Oreca 05 Nissan crew of Stephane Richelmi, Harrison Newey, and Thomas Laurent was backed up with third for the sister #7 car of David Cheng and team debutant Jazeman Jaafar.

The pair were split though by the #37 Team BBT Ligier JS P2 Nissan after a very strong race for the Anthony Xu Liu, Pipo Derani and Davide Rizzo combo. 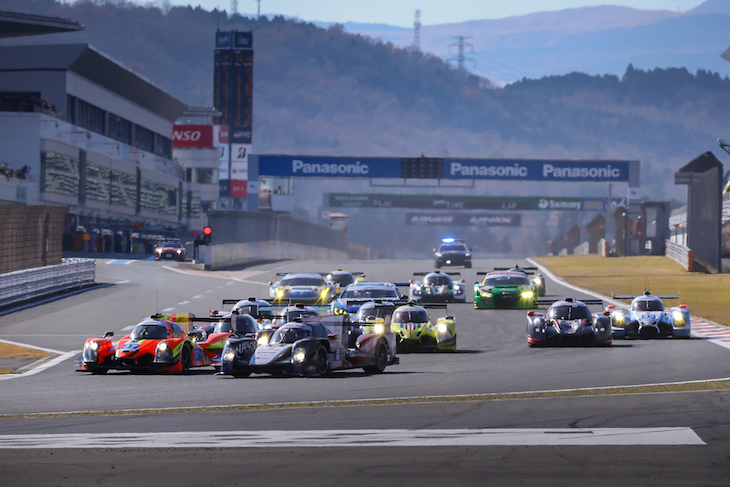 Turn one saw Liu trying to hang on to the lead earned by Derani’s pole position on Saturday but under assault (of the racing variety) from both Jackie Chan DC Racing cars, The Ligier fended off the #7 of David Cheng on the apex of T1 but Richelmi had the run around the outside and made the move stick, the #8 pulling away as Liu was left to defend from Cheng, the two going wheel to wheel, Cheng trying around the outside with the pair on the edge of adhesion on cold rubber on a cold track, the mildest of touches on the rear of the Ligier saw the car go around, Liu stating clearly post stint that it was “one of those things, a pure racing incident.”

He’d drop to the rear of the field but then mount a fightback of impressive quality for a man in only his second LMP2 outing.

That saw the #37 back into the top five before the first pit stops and into contention in the top 3 when Pipo Derani took to the track, the Brazilian star took the car to the lead, Harrison Newey by now in the #8 left for the second consecutive race tasked with a chase down. Both men were quick, Derani edging out the young Englishman but beginning to lose ground as the life went out of his two stint old Michelins. He handed over the car to Davide Rizzo for a double stint to the finish with a sub 30 second advantage over the newly installed Thomas Laurent. Despite the Italians best efforts it would not be too long before Laurent was through and clear, eventually pulling away to a comfortable margin at the flag. 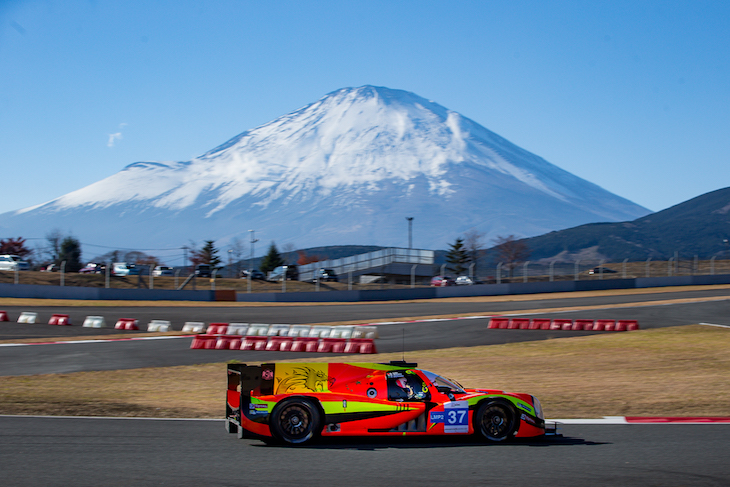 The #7 would have a lonely race, Jazeman Jaafar proving a handy late signing with some spirited lappery in the second half of the race, playing, at times a spoiling role to keep the Ligier guys busy with their mirrors, the Malaysian set to return for the final two races in the Series. 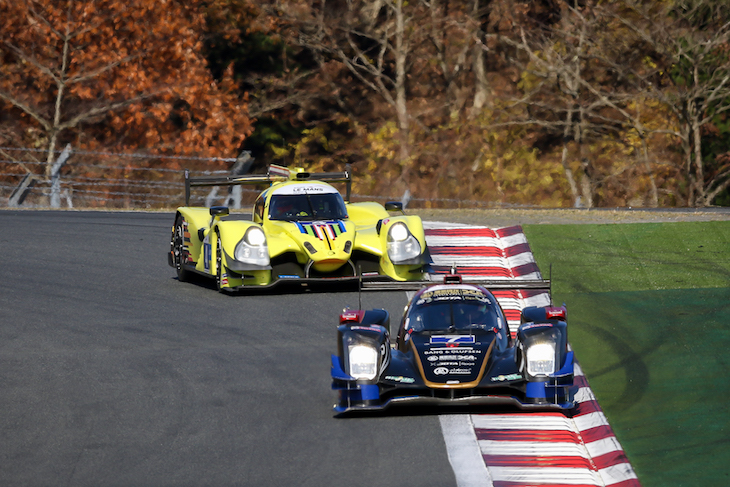 The #4 ARC Bratislava Ligier had another encouraging run, Rik Breukers getting onto terms with David Cheng in the early running, and eventually getting by the #7, Miro Konopka later losing out early in his stint, the #4 thereafter involved in a lengthy tussle with the #33 Eurasia car, Marco Asmer and Scott Andrews both pacy in the #33 until disaster struck, the car pitting into retirement with a suspected crankshaft failure, the ARC Bratislava crew then back into fourth to the flag, Konstantis Calko bringing it home. 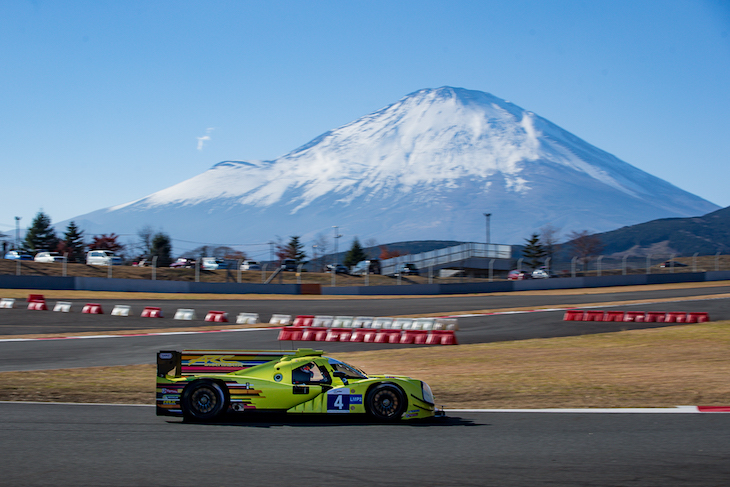 The #25 Algarve Pro effort was steady and error-free for both Dean Koutsoumidis and Ate Dirk de Jong, both men learning their way in an LMP2, at times finding their pace was seeing them involved in other people’s tussles.  It’s early days for both, and a late stumble that again saw third driver John Graham unable to join them didn’t help but the pair brought the #25 Ligier home safely to claim the Bronze Cup. 8th overall behind the LMP3 and GT class winners, all three class winners finishing in the top six.

LMP3 saw dramas throughout, the #1 WIN Motorsport Ligier leading after the first corner and holding an early lead in the hands of Philippe Descombes, the strong run would be ruined though by terminal engine woes as the first pitstop window approached.

Next to hit trouble was the #99 TKS Ginetta, a 10 minute stop to sort an electrical niggle that proved to be a faulty connector on the steering wheel, the car would later have another long stop with clutch woes. Game over you would think? 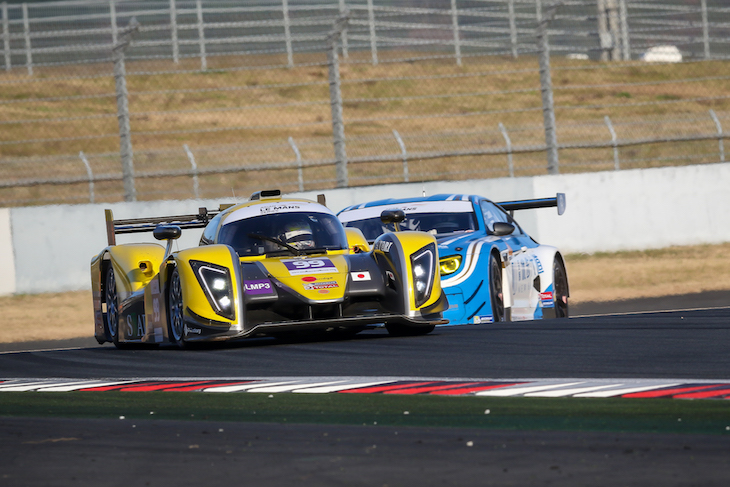 The #11 Taiwan Beer GH Motorsport squad found good pace, but also found trouble, repeatedly, a spin, a pitstop penalty and, late in the race when running second, terminal reliability woes, another one bit the dust.

The Zhuhai winning #18 KCMG Ligier had led early on and held a healthy advantage despite a spin at T10, with Josh Burdon still to come it looked set for a good day, until the car ground to a halt in the second hour, no drive, Eduardo Freitas wisely opting to protect the car with local yellows, the track conditions still so cold that in his judgement putting the field under Full Course Yello was more likely to cause issues when the race went back to green. The #18 was towed to a place of safety and that was that for the Championship leaders.

The #65 Viper Niza racing car ran well up the order with James Winslow in the early running, and thereafter plugged along with little drama whilst others floundered. That would eventually prove to be good enough for second on a day when consistency of any sort paid off. 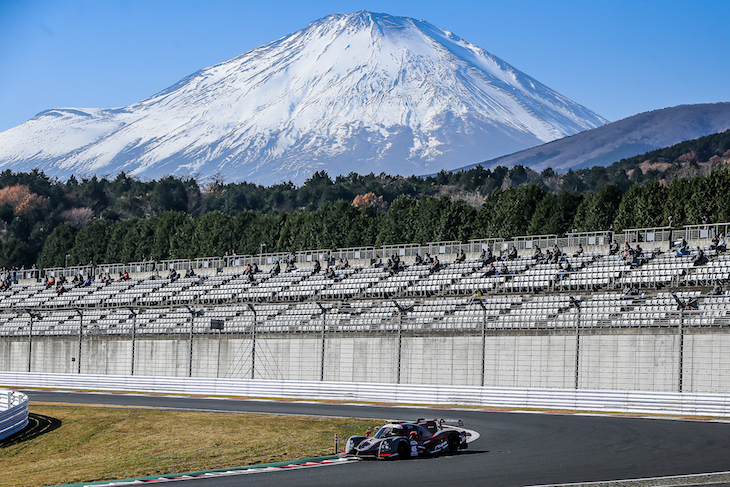 The #6 Jackie Chan DC Racing Ligier of Patrick Byrne and Guy Cosmo would come out on top, Byrne stumbling only once, caught out at tricky Turn One by a slow LMP2 braking far earlier than they normally would, a half spin dropping the car back from what had looked at that point like a growing opportunity to challenge for the lead.  That eventually came after Cosmo took the wheel, though the final hour was a worrying one as the experienced American was fully aware that the car had an issue in the engine bay, a broken exhaust manifold suspected, the driver expecting a failure at any point that simply did not come. The conservative run for home would be enough. 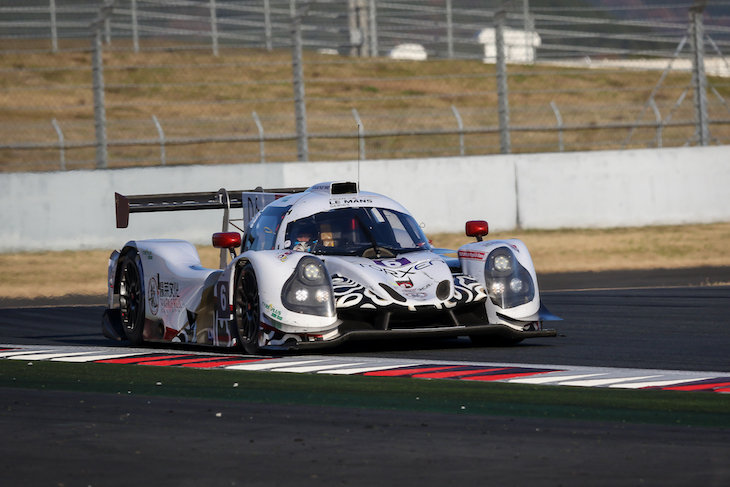 That left the final step of the podium which, unfeasibly, went to the much delayed #99 TKS Ginetta, despite finishing 17 laps down on the class winning #6, the ever cheerful Shinyo Sano astonished at the result and happy to bring his two young charges: Yuta Kamimura and Takuya Shirasaka, to their first international podium finish.

The GT class saw the #66 TianShi Racing Audi R8 LMS GT3 take a commanding lead from the start courtesy of the team opting to open their account with pro driver Massimiliano Wiser whilst the FIST Team AAI strategy was to begin the race with their Gentleman Drivers; Junsan Chen in the #91 BMW M6 GT3, Lam Yu in the team’s new Ferrari 488 GT3. 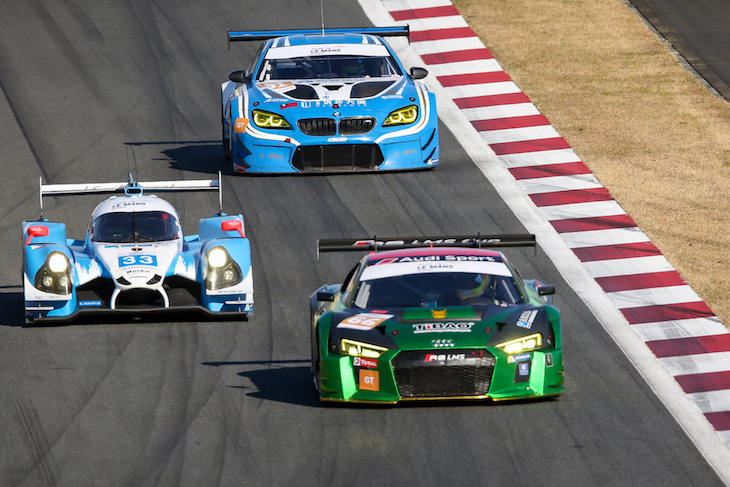 Wiser made good early progress though the extent of his advantage was thwarted just a little by getting involved with squabbling LMP3 and LMP2s as he made good his escape from the chasing AAI boys.

Predictably it all changed when the first driver changes occurred, Peng Liu aboard the Audi had no answer to the charge from Ollie Millroy (Ferrari) and Chaz Mostert (BMW) the Aussie V8 Supercars ace nibbling away at the advantage of the Ferrari man whilst both reeled in the R8. 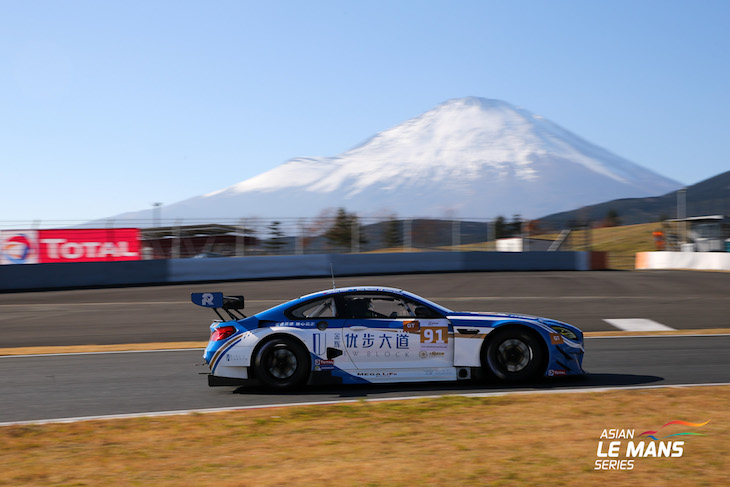 By the time the final driver changes came along the AAI pair were well in control, Jesse Krohn in the BMW taking the lead in the pitstop from Marco Cioci in the Ferrari, the BMW man itiially able to hold off the Italian’s charge.

Into the closing stages though and the M6 was dealt a stop and 2 second hold penalty for an early race short pit stop that was just enough to allow Cioci through into the lead, the #90 car had pushed immediately again as the penalty was announced, the 488 braking into T1 as the BMW emerged from pit lane, with no time left for the order to be reversed again. 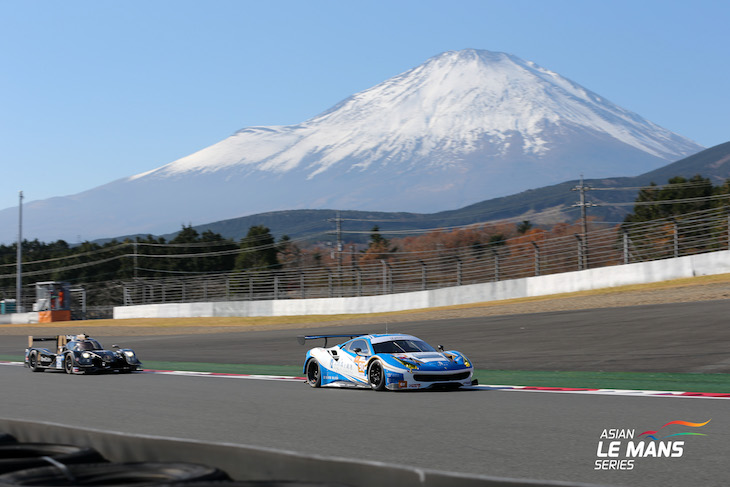