The 1992 World Sportscar champion and Le Mans winner Derek Warwick, along with the Automobile Club de l’Ouest, were among those honoured at this year’s Autosport Awards, held Sunday night in London’s Grosvenor House Hotel on Park Lane.

Warwick was the surprised (and self-professed slightly tipsy!) recipient of a Gregor Grant Award for lifetime achievement in motorsport, awarded in recognition of both his recently concluded presidency of the BRDC and his tireless and ongoing efforts to support and advise young British driving talent.

ACO President Pierre Fillon accepted the John Bolster Award for outstanding achievement in motorsport on behalf of the organisation. The honour was bestowed to recognise the 85th running of the 24 Hours in 2017 and Fillon was quick to dedicate it to the club’s members, staff and volunteers, in particular the hundreds of marshals who make the race possible every year. 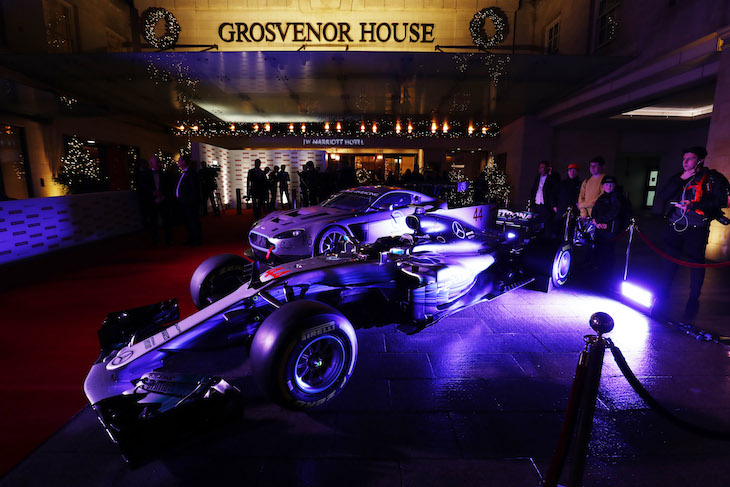 No contemporary sportscar stars walked away with silverware on the night, although Ferrari GT aces Sam Bird and James Calado were both nominated in the British Competition Driver of the Year category (scooped by Lewis Hamilton) and the Porsche 919 Hybrid was nominated in the International Racing Car of the Year category, which was claimed by Hamilton’s title-winning F1 Mercedes.

British GT’s Seb Morris and Phil Keen were both up for the National Driver of the Year gong, which was won by Euro F3 champion (and now McLaren test and reserve driver) Lando Norris.

Other winners on the night included Sebastien Ogier and M-Sport’s Fiesta WRC for Rally Driver and Rally Car of the year respectively, Honda MotoGP wizard Marc Marquez for Rider of the Year and Formula 2 champion Charles Leclerc for Rookie of the Year.