Ginetta is delighted to announce the appointment of Quirin Bovy as its exclusive distributor for Central Europe (above). With over 35 years of experience in the motorsport industry, Bovy’s company, S.A. PROJET D2 will be the sole distributor of Ginetta G55 GT4’s and G40 GT5’s in Belgium, Austria, Germany, Switzerland and the Netherlands. Bovy will also be able to sell Ginettas into France on a non-exclusive basis.

Ewan Baldry, Ginetta Technical Director said: “The demand for Ginetta products across the globe is growing as a result of our incredibly successful 2017 across the entire Ginetta range. Our service and support in the UK is second-to-none and we now need to expand that level of support into the rest of the world.

“We have been working with Quirin Bovy for some time to clearly identify which championships and territories needed official Ginetta representation to continue our winning ways. We are delighted to have Quirin on board as our representative in Central Europe and are sure he will do a great job.”

“I have a great history with motorsport, but still like to look for new challenges and experiences,” said Quirin Bovy, Ginetta Distributor for Central Europe. “I am delighted to be starting the next chapter in my motorsport biography with Ginetta. They offer a wide range of cars for all level of competition and their motorsport ladder from karting all the way to the Le Mans 24 Hours is fantastic, there’s no one else in motorsport who does that. I’m very proud to be a part of this fantastic motor racing family.”

Bovy first made his name in motorsport in the seventies, when he raced in European F3. He has achieved a number of race wins in Endurance and GT competition, including the Spa 24 Hours. More recently, Bovy has dedicated his time to the development of the motorsport industry. As an experienced motorsport consultant he has successfully managed racing teams and set up a number of championships.

G55 GT4 accepted in Trans Am

Adolpho Rossi, Ginetta’s new East Coast distributer has secured homologations for the G55 GT4 in the Trans Am series’ TA3 Class. This adds yet another series to the roster of accepted G55 GT4 entries in the USA, which already boasts the Pirelli World Challenge, NASA and FARA championships. 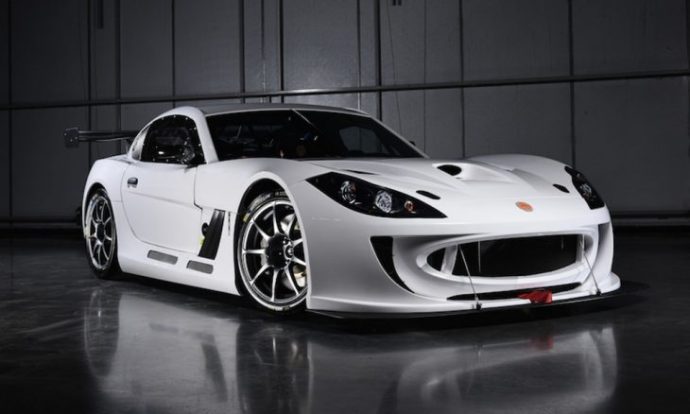 The Trans Am Series presented by Pirelli is marketed as; ‘America’s Road Racing Series’ and dates back to 1966, making it almost as old as Ginetta itself (did we mention we turn 60 next year?) The series is split across four classes; TA, TA2, TA3 and TA4 with grids of 70 plus cars. If that wasn’t enough, the championship takes in some of the USA’s most iconic circuits, including Sebring, Homestead-Miami, Indianapolis, Road America, Watkins Glen, Circuit Of The Americas and Daytona International Speedway, so we know it’s going to be one heck of a ride.

This latest news continues our international expansion, and you only need to look at the G55 GT4’s results to know why. A winner on the international stage, in the four years since the G55 GT4 car replaced the G50 GT4 in 2014, the Yorkshire marque has taken around 100 wins in some of the globe’s biggest GT4 race series.

We’ve stood on the top step at the Dubai 24 Hours five times in six years and the Mugello 12 Hours three times in three years. Not only that, but the car claimed a first and third in class on its Motul Sepang 12 Hours debut last season, two wins in the TCE series and class victory in the Euro GT4 Southern Cup. A Ginetta GT4 has also won British GT seven times in the past 10 years.

At the tail end of last month, the Ginetta G57-P2 achieved a remarkable feat, the sports prototype breaking the outright lap record at the South African circuit Kyalami.

RESULT! 🙌🏼 P2 and the new outright Kyalami lap record in the first Pirelli Sports and GT race – 1:43:212. ⏱🚗💨 What a debut for Simon Murray in his new Ginetta G57. We salute you! #weareginetta

The feat was achieved while the car was competing in a an hour long race in preparation for a full SA Endurance Racing season next year with Johannesburg racer Simon Murray.

In related news, Ginetta also announced an evolution of the G57 this week, the G58, which will be seen in public for the first time next month.

Ginetta customer team Optimum Motorsport has confirmed its entry to the 2018 Dubai 24 Hours in the GT4 SP3 class with its G55 GT4. The British team will be hoping to win the class a fourth time in six years when it heads to the Middle East next January. 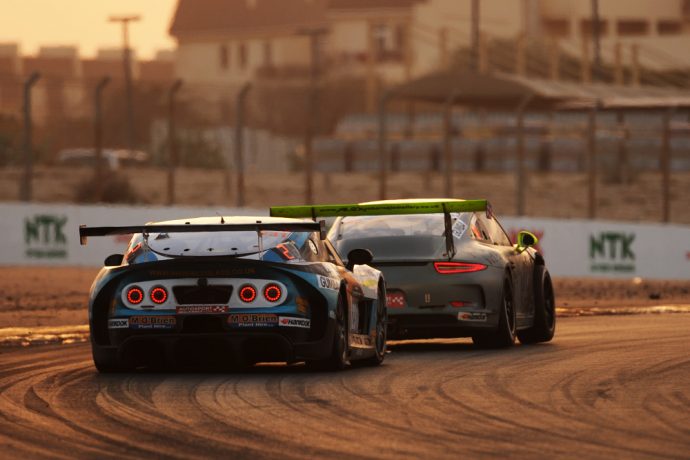 The G55 returns with an all-British driver line-up with Ade Barwick and Will Moore back to defend their title. Barwick competed with Optimum motorsport throughout the year in the 24H Series, notching up three podiums and a win from his five starts as well as securing the Dubai win last year with Moore.

The duo is joined by Charlie Hollings and Marc Brough. The former last competed in Dubai in 2015 where he finished seventh in the GT3 class with a BMW Z4 and recently turned his hand to driver coaching. Brough meanwhile is in his first season of racing having competed in the 488 Challenge and sees the opportunity of racing with an Optimum as a stepping stone on his aspiration of competing in the 24 Hours of Le Mans.

“We’re really looking forward to being back in Dubai,” began team principal Shaun Goff. “We’re chasing our fourth win six years, so we have reason to be optimistic heading into the Christmas break. We’ll never underestimate how tough this event is though. Anything can happen over such a long period of racing, but we hope to come away with some silverware. The guys have a great deal of experience here in general, so we’ll be pushing hard and we hope to start the season off in the best possible way.”

Seb Priaulx, son of Ford WEC racer Andy Priaulx, is set to compete in next year’s British F4 championship with Arden. The 16-year-old, who was vice champion of the 2017 Ginetta Junior Championship and won the 2016 Ginetta Junior Winter Series, will take his maturing skills and move into single-seaters next year as he climbs the junior motorsport ladder, after two successful years with the Yorkshire-marque. 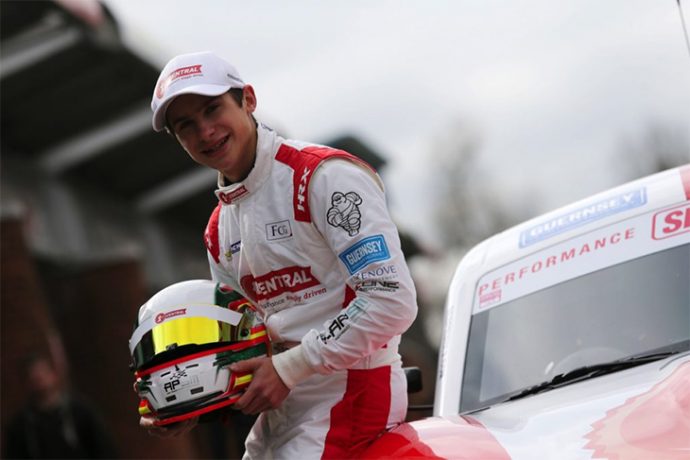 Over the course of his two seasons racing in Ginetta Juniors, Priaulx won 10 races and scored 22 podium finishes.

“I learnt so much, Ginetta were great, and HHC Motorsport were a great team to work,” Priaulx told DSC. “The Ginetta Junior series is so competitive, I can’t think of any other series at this sort of level that compares. It teaches you car control, and how to handle pressure, which I did when running for the title. I didn’t get it, but you have to take it on the chin and learn. Now, onto the next step, F4!”

Look out for a full interview with Priaulx about his season in Ginetta Juniors, career aspirations and desire to race with his Dad, soon on DSC.