As the ACO announce that entries for the 2018 Le Mans 24 Hours will be accepted from 18 December the guardians of the world’s greatest endurance race are facing what many might see as a ‘nice to have’ series of choices coming into the 2018 season with numbers in the FIA WEC and the ELMS looking set to be very healthy indeed.

That though looks set to have potential for a looming issue facing the Selection Committee for the Le Mans 24 Hours in June.

After the anguish and quick-fire change in the FIA WEC that has followed the year on year withdrawals from competition of first the long standing Audi LMP programme and then Porsche’s world-beating effort, there’s a real irony that the World Championship’s grid numbers for the 2018/2019 ‘Super Season’ could very well see a significant boost from this season’s 26 full-season cars.

It’s all part of the numbers game that contributes to just about every discussion on who will, and who won’t, step up to the plate for the next season of racing

And there’s no place where the numbers matter more than the grand-père of them all, the Le Mans 24 Hours.

The numbers game for the Le Mans 24 Hours has long been an important part of the commercial structure of an international endurance racing season, whether in the days of feast (90+ cars requesting entries in recent years), or famine (back to the bad old days of 1992 when 28 cars started the great race) – or indeed 2017 when the initial 60 car entry was ‘supported’ by just two reserves.

An entry at Le Mans in the modern era can be make or break even for a multi million euro/dollar/pound programme so it’s no surprise that one of the themes of many a conversation with racing people for some weeks has been the question of whether or not their chosen 2018 programme places them well, or otherwise, for a fair shot at an invitation in June.

The numbers for 2018 make very interesting reading, and may help to explain at least in part just why there has been such an insistence on an upper limit to FIA WEC entries for the coming season, currently explained simply as being related to available garage spaces.

Current indications are that the likely season entry total for 2018/19 is at or around the maximum 32-34 – that then accounts for more than half of the available Le Mans entries – the number capped at 60 with the only recently expanded garage infrastructure and with no plans currently apparent to extend that further.

Add to that the currently allocated Automatic Entries: 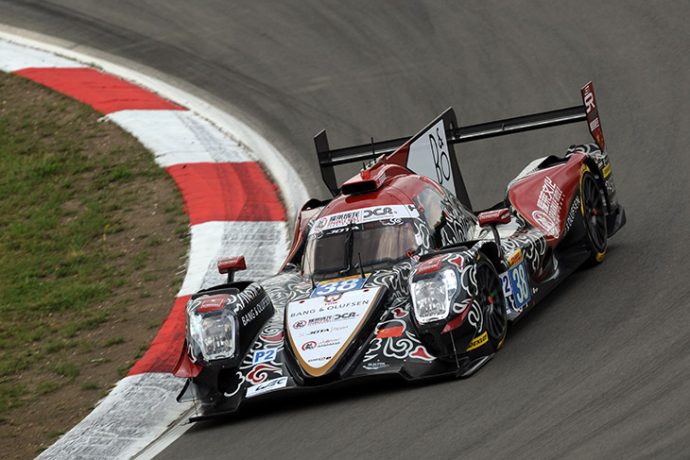 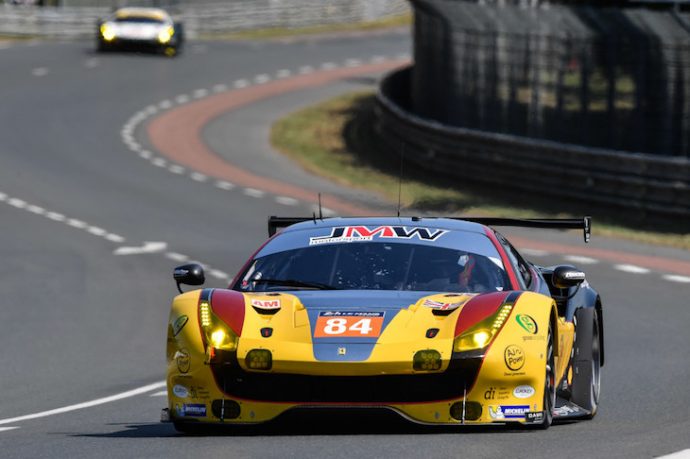 GT3 Champions: Ebimotors – Entry in LM GTE Am
(There is no auto entry for the LMP3 Champion) 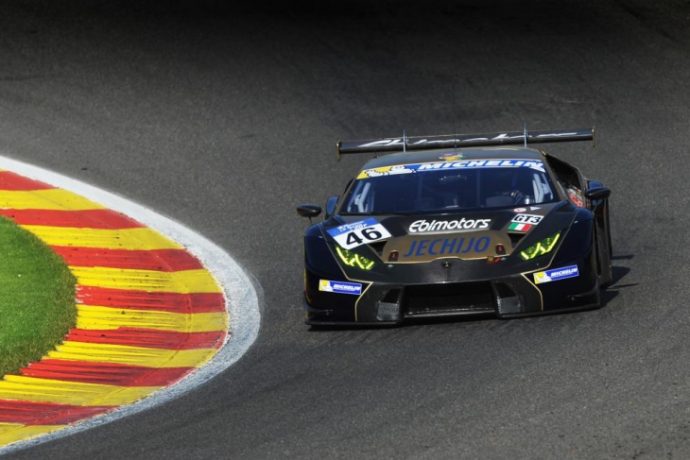 So far then we are at 45-47 cars that would be entitled to take up entries without troubling the Selection Committee.

Then add in the likely GTE Pro requests from the IMSA GTLM ranks, and with the factory interest in the LMP1 class featuring just Toyota there will be real pressure to boost the GTE Pro field both for the high quality on-track action it can muster – and the commercial benefits of the car makers, and their suppliers and sponsors – activation. 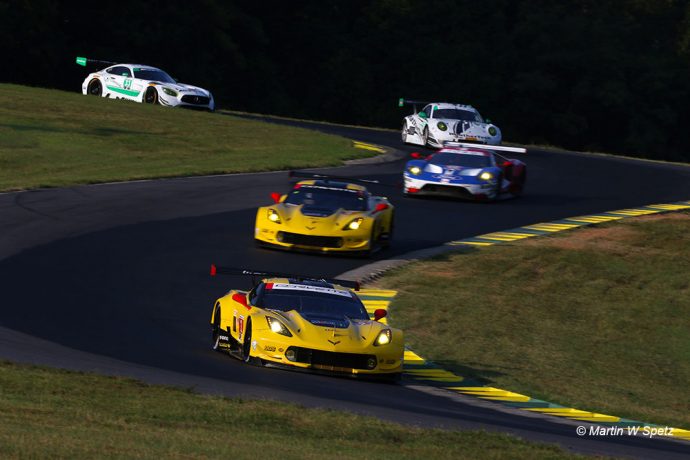 That though does not take into account any of the likely 13-15 car ELMS LMP2 field with the exception of a single G-Drive car and a single United Autosports car both earned through Auto entires explained above.

Neither does it take account of more than two of the ELMS GTE field (with the likelihood that the ACO/ LMEM will be attempting to divert some of the expected WEC LM GTE Am class ‘overflow’ to the ELMS next season), JMW and TF Sport both earning Auto entries as explained above). That brings the potential for disappointment for additional entries for the likes of AF Corse/ Spirit of Race, Proton Competition and some Aston Martin customers too!

In terms of the Garage 56 car for 2018, though Don Panoz and co. told DSC at Le Mans this year that it’s “the candidate for Garage 56 next year” with its Green4u concept, in a statement to DSC just today, Green 4U/Panoz’s explained that the programme has “not officially been granted a future Garage 56 slot, whether 2018 or beyond”. However, Green4U explained that discussions, are still ongoing. 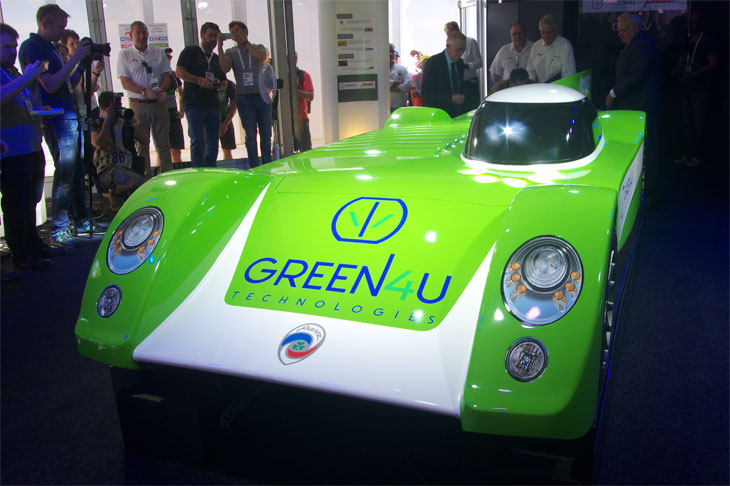 Even if the FIA WEC entry numbers fall short of the anticipated totals above those cars are, for the most part, most likely to emerge as ELMS full season entries – the net effect is therefore the same – fewer auto entries, more choices for the Selection Committee but ultimately the same number of potentially disappointed LMP2 and/ or GTE Am teams!

Then in the GTE camp 2016 ELMS GT Champions Beechdean/AMR (though they remain a WEC GTE Am prospect), Spirit of Race/AF Corse’s ELMS customers and a likely pair of Proton Competition Porsches are also amongst the likely ELMS entrants that cannot be remotely certain of a Le Mans entry in 2018.

To put the issue in context: if the figures above are correct then absolutely no more than half of the cars listed above will be at Le Mans under their own team name, and possibly as few as one in three. And if the ACO decide to try to get as close as possible to parity of numbers between the combined LMP grid and combined GTE grid then that is potentially bad news for the GTE teams currently without an allocated entry, the auto entries plus the IMSA GTLMs seeing the totals sit at c.14 GTEs vs c.6 LMP2s.

Crucially, it also doesn’t include any additional entry requests from the IMSA or Asian LMS full-season entries, plus new LMP2 and potentially GTE entrants fro ELMS, all featuring significant players, several of whom are known to be interested in potential Le Mans campaigns. 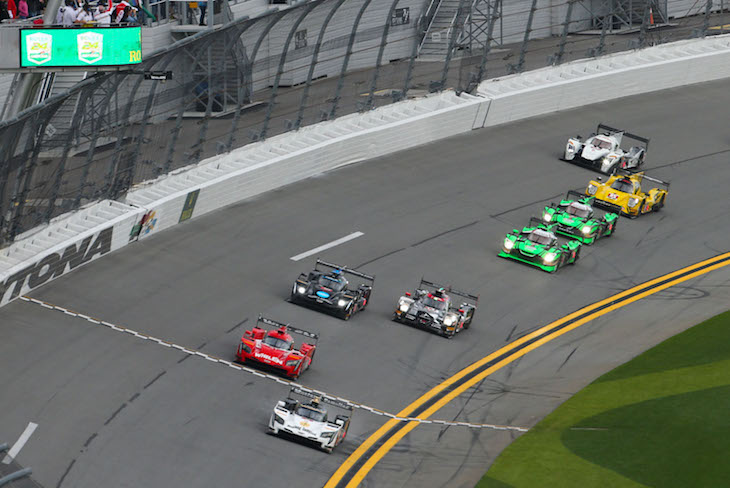 One spin-off effect is that JMW Motorsport and Jackie Chan DC Racing may find themselves in high demand, JMW having a pair of Auto entries in the bag (for their 2017 Le Mans GTE AM win and as ELMS GTE Champions) The team would have to enter a second car somewhere though for a full season to take up both entries, Jackie Chan DC Racing having the potential for up to five (two full-season WEC entries, a Le Mans win in 2017 and currently riding high in two classes in Asian Le Mans). The restriction on two per team is unlikely to be a barrier – the Asian Le Mans Series effort has a different name to the FIA WEC team and the 2018/19 effort will be different again!

Depending on the decisions of the WEC Selection Committee TF Sport may also have two entries (one for second place in the 2017 ELMS and the other via a full-season WEC slot) though as with JMW above it would have to enter two cars in ACO Championships in 2018 to take up both.

Whilst some will say that the potential embarrassment of riches is not an issue, that it is a marker of the health of the endurance racing scene and the enduring appeal of Le Mans, there are other points that remain to be proven. This includes the sustainability of the current strength of the ELMS, particularly in LMP2, in a period where a full-season commitment is far from a guarantee of a Le Mans place.

In short, there will be many in the ELMS that will be hoping that the predicted numbers for the coming season in the FIA WEC prove to be wide of the mark…