DSC spoke to 16-year-old up-and-comer Seb Priaulx earlier this year, just before the start of the 2017 Ginetta Junior Championship season, to get an impression of his confidence levels and excitement ahead of his debut full-season campaign with the Yorkshire-based marque.

Eight months, eight pole positions, seven wins and a second place finish in the championship standings later, he’s opted to take his developing skills to single-seaters, securing a British F4 drive with Arden. He feels that the skills he’s developed along the way have been vital in his development, and have prepared him well for 2018.

“I feel really happy with myself, I had a good season, did the best I could,” he reflected. “I won races, four in a row, we had ups and downs but that’s motorsport, we powered through it. You can’t win all the time, I had to take second and take it on the chin.

“It was very hard, Ginetta Juniors is really hard, I had good competition. The level is as high as it’s ever been in the series, and because the car’s are so evenly matched and nimble, it meant you couldn’t really get a break away, it’s tough to gap the field. But it makes you a better driver, you’re not just driving around following the car ahead, because it’s so difficult to nail a perfect lap in a G40 you’re having to always defend hard and make daring moves. 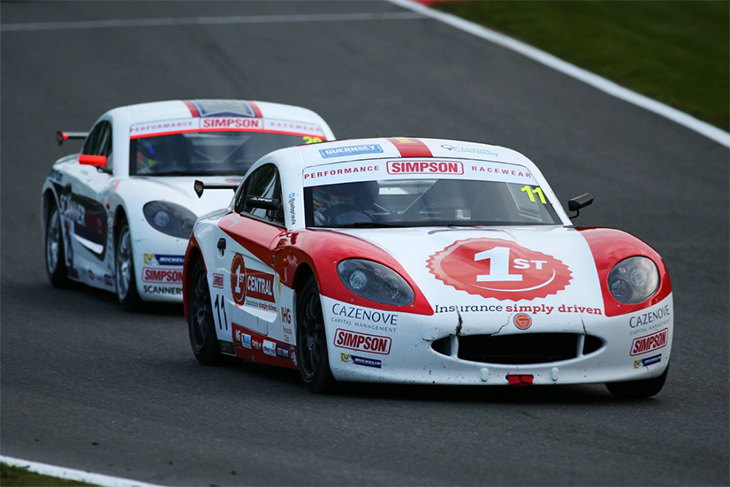 “I don’t think racing gets much harder than that, all racing is hard, but it’s like NASCAR pack racing on road courses sometimes, having a good sense of awareness is really important.

“But the biggest thing I’ve learned this year has been how to deal with championship pressure. And also, what it’s like to be under the spotlight, which is what happened mid-season when we had to change engine. You’ve got a lot of people looking at you have to perform, I think I was able to treat each race separately.”

During the season he was forced to change teams, from JHR to HHC Motorsport. But that he said, wasn’t too difficult, even in a series which is all about small margins, working with different people didn’t affect him too much.

“HHC were very good at the end, it worked well. And I really enjoyed working with them, I warmed to the guys quickly and also learned so much from them. They helped me out with driver training, and general coaching as well, so it was actually a positive. They gave me a great car all the time. So really, changing team wasn’t too bad, I wasn’t phased by it and it made me a better driver by the end of the season.

“I only won one race with HHC in the end, we didn’t have the speed at times, but I’m happy.

Priaulx’s ultimate goal is to reach F1, but he’s realistic, and has plenty of other challenges in motorsport his radar should his journey to the top be unsuccessful. However, even with just a few tests under his belt in F4, he’s already on the pace and feels confident he can compete right away next year in a very different environment. 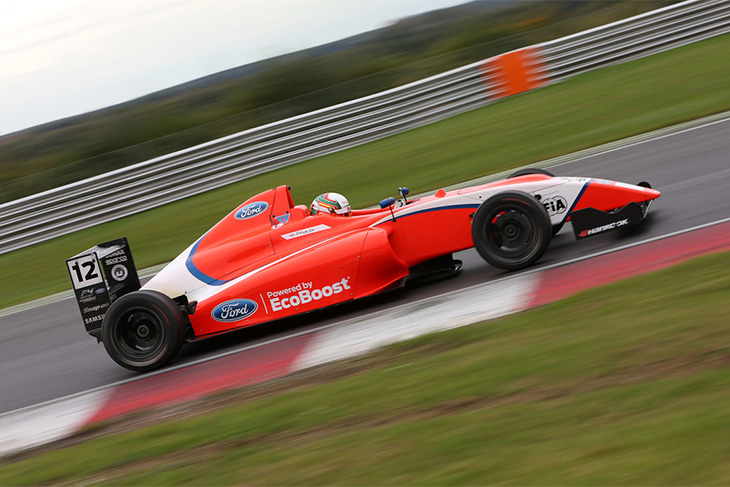 “G40s are really hard to drive, and that’s intentional, but that’s not to say that F4 cars aren’t also. No cars are easy to drive when you’re pushing them to the limit, they just feel different. Before signing with Arden, I’d done Formula 4 testing, and it’s a different sort of challenge in single-seaters, because the grip level is very different – in Juniors you’re always sliding around on the Michelin road tyres. But At the same time, an F4 can bite you when you’re on the limit.

“I can’t wait to get stuck in, I wanted to do F4 in 2018 because I felt capable. And Arden too, are an extremely good team, I know the tracks and will have good teammates that will push me.

No cars are easy to drive when you’re pushing them to the limit, they just feel different

“There’s nobody stopping me from getting to F1 aside from myself, it’s all about my performances, because budget aside, if you’re good enough you can still make it. And if I don’t make it, what you learn from single-seaters can take you elsewhere, because you get good recognition. If you’re getting paid to race that’s all you can do, so GTs would be a good place to be as well.

“What would be great is to drive with my dad at Le Mans. I’d love to do it, but I need to go one step at a time.” 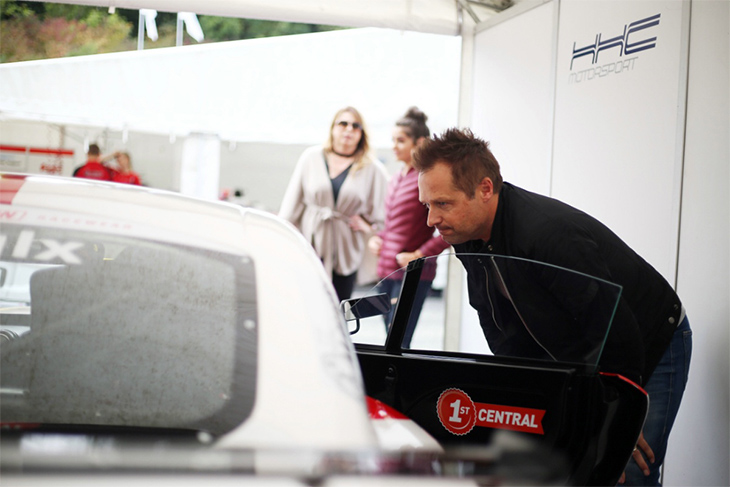 Outside of racing, Priaulx has been a grafter. Aware that he has to push hard to be able to race, he works at a car dealership to help out with paying for his racing and develop a work ethic. With that extra effort, he hopes that he can become a well rounded driver, which in turn could make the difference and help him turn pro.

“When I’m not racing I’m working in a car dealership, valeting cars and helping out just to get my work ethic. I need to learn what the real world is like, and I enjoy it. It’s not as enjoyable as racing, but you’ve got to take it on the chin, you’ve got to fight for it and put the time in. Everyone else my age is looking to work, so why not me too? Just because I go racing doesn’t mean I don’t need to work.

“It was my decision, I wanted to earn money. I don’t want my mum and dad always paying for things, I wanted to know what it’s like. It’s hard!

“But I want to keep going racing that bad, I’ll do whatever it takes.”