The GT Pro class #11 Kessel Racing Ferrari of Michael Broniszewski, Davide Rigon and Miguel Molina is set to start the 7th running of the Gulf 12 Hours from pole position, after the trio combined for a 2:09.450 average in Qualifying at Yas Marina.

“The car is very good but I had traffic, and lost two or three tenths in the last sector,” said Rigon to Radio Show Limited after the third session. “I’m happy, tomorrow is an important race. Now we will work on our car and see.

“The LMP3s are much lighter than us and faster in a straight line, it will be a tough race, we will be strong though, we hope to stay on top.”

Joining the Kessel 488 GT3 on the front row will be the #9 GRAFF Ligier JS P3, which missed out on pole by just 0.034 after Alexandre Cougnaud, Scott Andrews and Adrien Chila set times. It was however, a time good enough to see them score the LMP3 Pro/Am class pole.

“It was a good way to get things rolling,” Andrews said after the first session when asked about his time.

“It was a tricky session with the red flag and we struggled with front-temp. We only just got it in. But it’s a good way to get it started. Basically, if you get a clean lap you have to nail it because the traffic is impossible.”

The aforementioned red flag in the came with just under four minutes remaining in the first session after an incident between the #1 GRAFF Ligier (below) of Neale Muston and #27 GP Extreme Renault R.S.01 of Road Goethe. 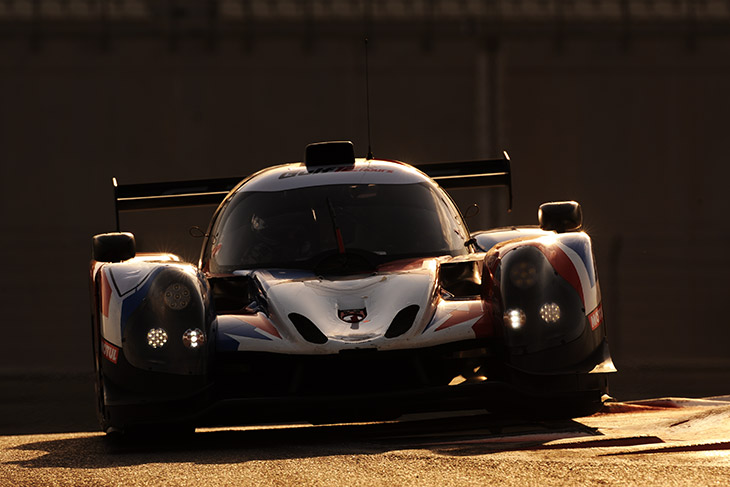 The two collided at the penultimate corner, leaving the Ligier with front-left nose damage and the Renault with damage to all four corners and in the barriers facing the wrong way.

Goethe, speaking to Radio Show Limited afterwards, was frustrated by the accident, revaling that Muston had hit him while trying to get past.

“I was committed to the penultimate corner, and I felt a big hit from behind, then another hit when I was into a spin, from an LMP3,” he said.

The Ligier would go on to set times in the other sessions and qualify 16th, the Renault meanwhile, was forced to skip the rest of Qualifying while the mechanics repaired the damage.

Further down the order in seventh spot was the #6 GRAFF Ligier, which notably was responsible for the fastest single lap time of the three sessions. Joshua Burdon set a 2:07.459, which was also the fastest lap of the meeting so far, giving the car a real boost in its average.

The Australian explained after, that his lap came as a surprise. 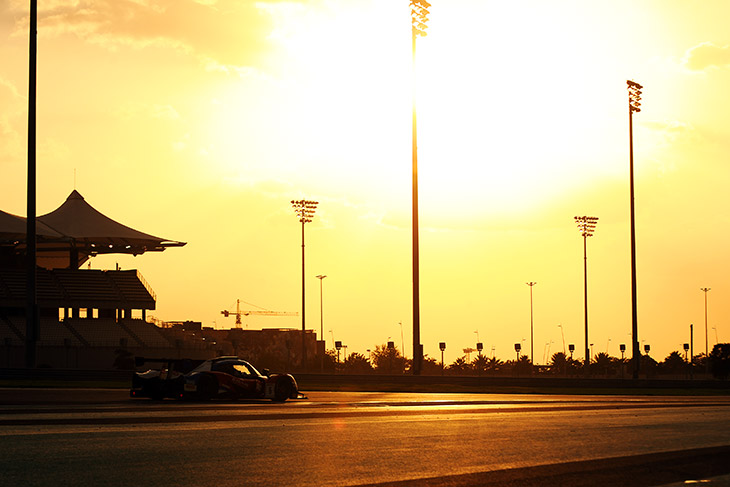 “It was good, a little unexpected, I didn’t do a lot of practice, I went in a bit blind, I got some space, got a couple of laps in.”

The #46 TARGET Racing Lambo will start from GTX1 from Pole, and 14th overall, the #14 MRS GT Porsche will start out front in GTX2 and 18th, and the Generation AMR Aston Martin will lead the way in GTX3 from 25th on the grid.

Tomorrow’s two-part Gulf 12 Hours is set to begin at 09:19am tomorrow morning local time, running until 15:10. It will then resume at 17:45 and finish at 23:45. It can be streamed live on the Gulf 12 Hours Youtube channel, with commentary from Radio Show Limited.