Bentley Motorsport has announced that it will be retaining five of its six 2017 works drivers for M-Sport’s 2018 Blancpain Endurance Cup and Intercontinental GT Challenge campaign with two new 2018 Continental GT3s. The addition to the marque’s driver stable is 22-year-old Frenchman Jules Gounon, who won the 2017 ADAC GT Masters title and 2017 Spa 24 Hours.

Gounon (below) takes the spot filled by Oliver Jarvis in 2017, who will race with Mazda in IMSA next season. The remaining five drivers, Guy Smith, Steven Kane, Andy Soucek, Maxime Soulet and Vince Abril, have been retained. 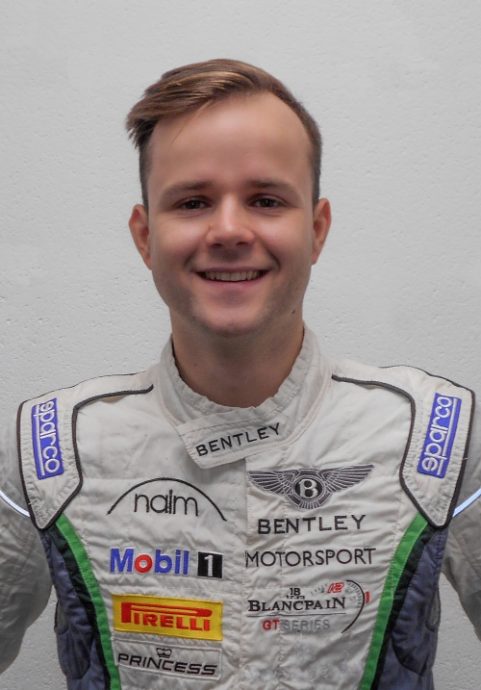 Bentley’s Director of Motorsport, Brian Gush, comments: “Consistency is key for endurance racing so to have five of our drivers back to continue their long-standing relationships with us allows us to get stronger year-on-year and is testament to the loyalty within our team.

“Jules [Gounon] has shown that he has the pace and maturity to fit in to a leading team, despite only being 22 -years-old, and we’re looking forward to supporting him as he develops his career. We’re all looking forward to arriving in Bathurst in February and getting 2018 underway.”

The 2018 season kick starts with Bathurst 12 Hours and, for homologation reasons, the team will race with will the outgoing Continental GT3.

The all-new Continental GT3, based on the new Continental GT road car, will make its debut in Monza for the opening round of the Blancpain GT Series and will used to complete the Intercontinental GT Challenge races at Spa-Francorchamps, Laguna Seca and Suzuka.