Any new season presents a whole host of interesting stories for us to report, and for DSC readers to enjoy. Amongst those most eagerly awaited are tales of new teams, new programmes, and new looks.

P1 Motorsports steps up after a year in the IMSA Protoype Challenge and Lamborghini Super Trofeo series to a GTD programme for the quartet of enduro races that make up the IMSA Weathertech Sportscar Championship’s North American Endurance Cup.

The team have chosen a Mercedes AMG GT3 for the challenge, fielding a trio of their current driver roster: Kenton Koch, Robby Foley, Juan “JC” Perez, together with the addition of Loris Spinelli. 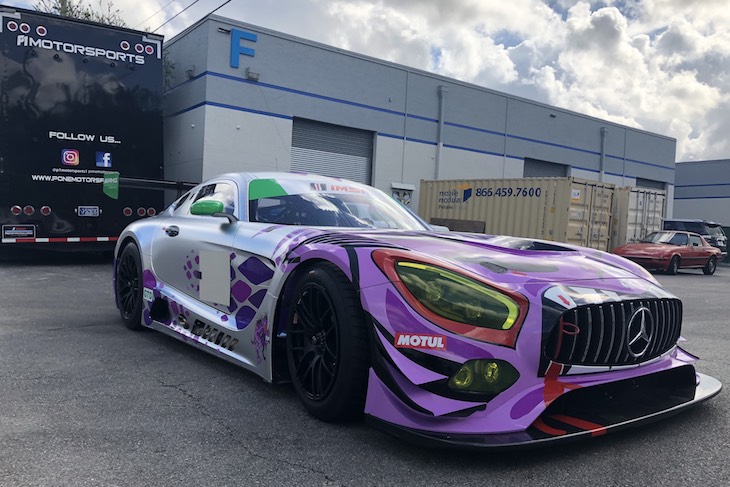 And there will be little chance that their effort will be missed. Livery guru Andy Blackmore was commissioned to produce a look for the car that included the mythical ‘Chupacabra’ a beast that attacks and drains the blood from its livestock victims (look out GTD competitiors!). 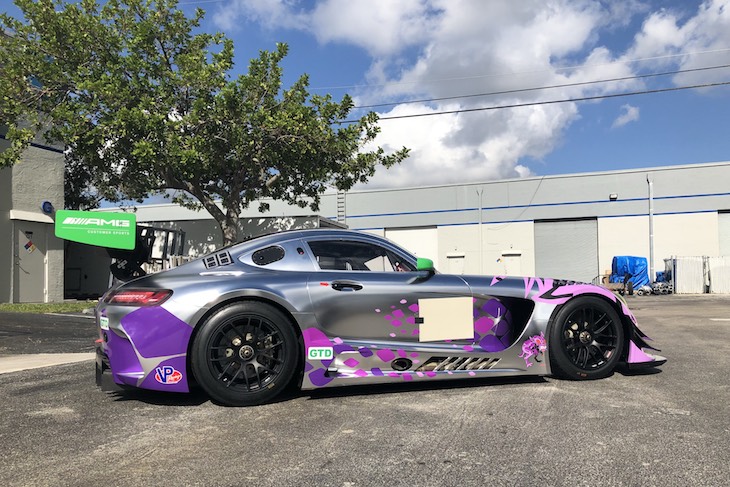 The car looks stunning, a worthy addition to a good-looking GTD field and will be seen in public next week at IMSA’s ‘Roar Before the Rolex 24 Hours’ test. 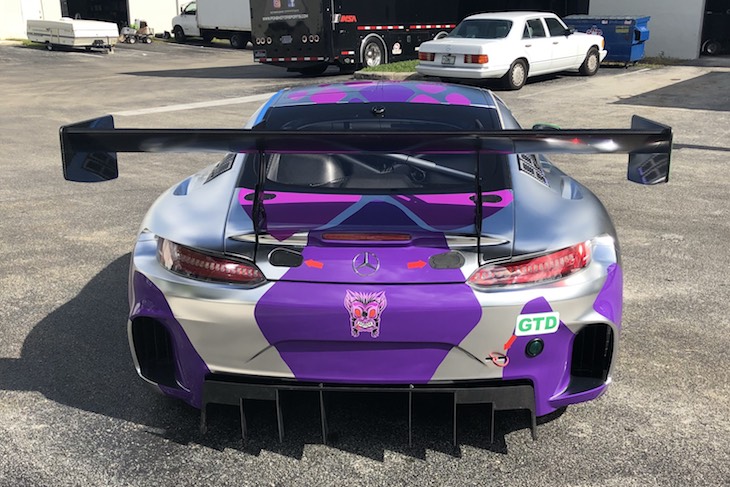 Pictures copyright of and with thanks to P1 Motorsports