The two biggest sportscar news stories on Thursday at the Autosport International show in Birmingham’s NEC were of course the Ginetta LMP1 launch and the unveiling of the Invictus Games Racing Jaguar GT4 project. 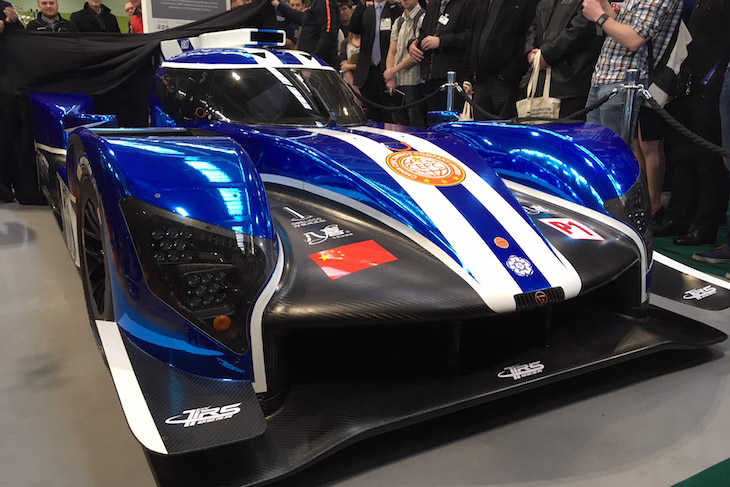 DSC grabbed some time with TRS Manor’s Graeme Lowdon after the hubbub of the Ginetta LMP1 unveil had died down to discuss the details of his squad’s plans for the 2018-19 FIA WEC ‘Super Season’.

“We’re still evaluating whether it’ll be one or two cars,” he told us. “Obviously the deadline’s getting nearer in terms of the full-season entries, so we’re just coming up to some final decisions on that. One car for the whole season and an extra one at Le Mans is certainly possible, but that’s a later decision. There’s also the possibility of race-by-race entries with a second car, which is allowed under the championship rules, but we’re still evaluating that.”

Lowdon remained tight-lipped about the lead car’s driver line-up (and what engine the team would be running), but did say “There’s been a huge amount of interest from drivers, which is great. It’s given us the opportunity to look to put together a really top line-up.”

And will the team’s partners want to see some young Chinese talent at the wheel? “TRS in particular have done a huge amount to promote motorsport in China and they’re experienced,” said Lowdon. “They realise it’s not all about driver, it’s about the whole team. We’re working with quite a bit of talent from China in all different areas of the team. And if there’s a quick Chinese driver we could run, then that’s a great opportunity. The one thing they have to be is quick, though!” 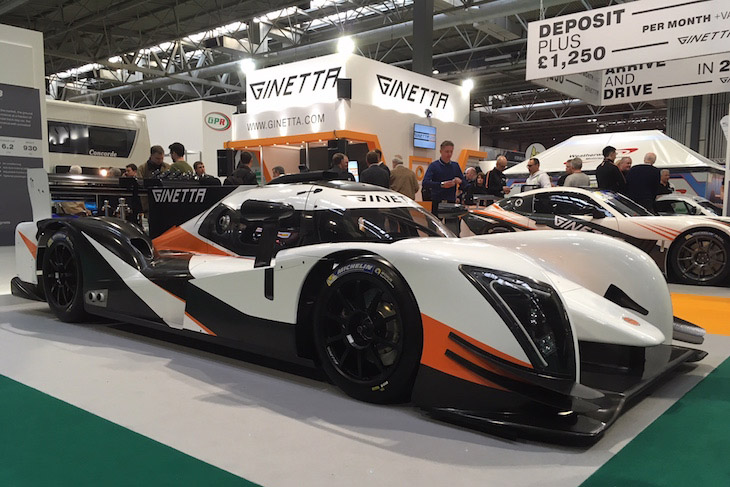 Also on the Ginetta stand, next the G60-LT-P1, was the new G58 high-end trackday machine (above), which has now been confirmed to come with an engine developed in-house by Ginetta itself.

The firm’s technical director Ewan Baldry explained the move: ““It follows a logical progression. After the LMP3, with the G57 we wanted to take full control of the engine, so we used the Chevrolet block, but it was all developed and mapped in-house, with our own electronics and wiring loom, so it was easy for us to support it properly.

“The next obvious step was to do our own engine, so we did! That’s the Ginetta attitude, a can-do approach. We wanted to sell a car that contains our engine so we can stand by it, develop it, work on it invest in it for our own benefit. Potentially we could do it in some of our other cars. It’s less appropriate and realistic for the lower GT models at the moment, but never say never – if this goes smoothly, which I hope and expect it will, then it would give us the confidence to do that.”

As regard the concept of the G58 itself, Baldry says: “It’s been customer and experience-driven. We sold a surprising number of G57s in the US to guys who don’t race and have no plans to race. They’re just members of trackday clubs and simply want the fastest thing available.

“Their feedback in terms of the performance of the G57 has been fantastic, but they wanted to take their mates out in it. We did have a sort of ‘passenger area’, but we just thought we’d go one stage further and put two proper seats in it. We’ve also got guys who run their cars in places like Nevada in crazy temperatures, so we’ve had to do a new cooling package for that, as well as an air-conditioning package.

“We’ve now got a car that’s capable of doing close to modern LMP2 lap times, but with air-con, ABS and traction control. Lawrence [Tomlinson] was against ABS at first, but we had a customer in Hong Kong with a big collection of cars who said ‘put ABS on it and I’ll buy it’. He has over 300 race or track cars and he just wanted the ultimate thing – he’s on the Ferrari FXX programme as well, but he says the G58 is his favourite car, he loves it!” 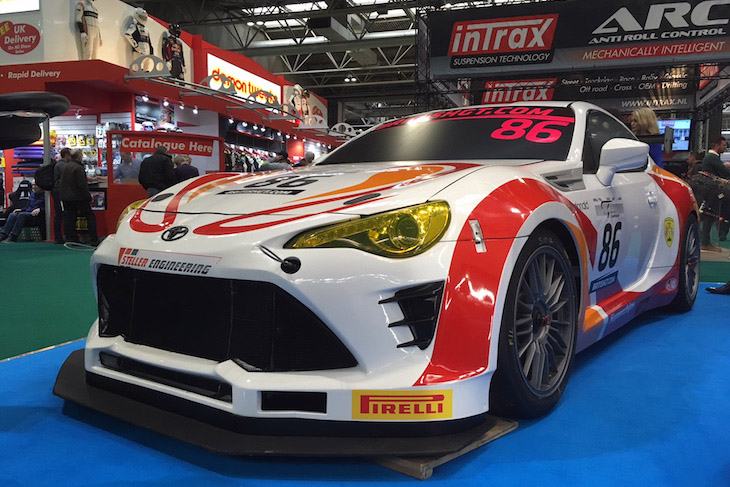 The final point of interest for sportscar fans at the show was GPRM’s Toyota GT86 GT4 (above), taking pride of place on the Travel Destinations stand. DSC previously caught up with GPRM boss Gary Blackham at the Donington British GT finale last year and he was on hand once again to discuss the latest progress of the privately developed car. It has now been GT4 homologated after running in the British GT invitational class last year and will take part in the BoP test at the end of February.

“We have one customer ready to buy, but we’ve kept him at arm’s length – we didn’t want to be trying to keep a customer up to speed with our development work. He’s sitting on the fence very patiently and hopefully by the beginning of March we’ll know where we stand and we can look at selling cars. We’ve got a couple partly built already, so if someone wanted to debut part-way through this season, that wouldn’t be a problem at all.

“We’d like to try and get a car out to the States and out to the Middle East by the end of the year, possibly running it ourselves as a showcase or possibly forming a partnership with somebody. It’s a popular car in the US, as a Toyota and a Subaru. We could potentially rebadge it if a customer wanted, it’s homologated as a ‘ZN6’, so it can run as either brand.

“Depending on the BoP, we hope to have a very competitive package. We’ve got several people we’re talking to about driving it, it’s looking pretty good.”