This weekend’s Rolex 24 Hours at Daytona is the last professional race for American sportscar racing legend Scott Pruett. After 50 years, he’s decided to hang up his helmet and move on.

While it wasn’t an easy decision for Pruett, a five time Rolex 24 winner and five time Grand Am title winner, he told DSC yesterday that he feels the time is right for his run in motorsport to come to an end.

“The biggest thing for me now, is keeping my head in the game to savour every moment,” Pruett said. “It’s easy getting focused 100% on the car, and not enjoying it. I’m trying to blend taking it seriously and enjoying it. The outpour this week from fans has been overwhelming, humbling, and that’s inspiring me to want to take this all in.”

The biggest thing for me now, is keeping my head in the game to savour every moment

In the Floridian endurance classic, he’ll share the #15 Lexus RCF GT3 with Jack Haksworth, David Heinemeier Hansson, and Dominik Farnbacher, and has high expectations, explaining to DSC that 3GT Racing should be in the mix at the end this time round, a challenging debut at the Rolex 24 last season.

“We’re in good shape for the race. We qualified fourth but will start third because of a penalty to another car. We’ll have a great race. 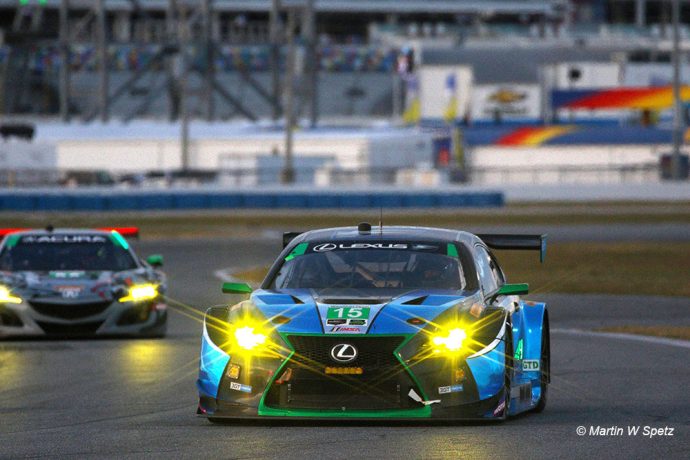 “This race is going to be so different to last year’s race. Last year, it was Lexus’ first year in GTd, and the first year in racing is never pretty, that’s the reality. So we knew last year that we would have to just get the most out of it, but that it was going to be an incredible learning experience for everyone. What we know about the car now, how we run it, has changed. Everything now is more efficient, and we know what we need to be doing.

“Comfort and understanding go hand in hand, instead of being reactive, we’ve been pro-active so far this weekend.”

Prior to the race, Pruett was awarded a core sample of the Daytona start line and a photo book full of memories, from the circuit organisers. Despite that, and the reaction from the paddock all week, the fact that it’s his last race still hasn’t hit him yet.

“It hasn’t sunk in,” he admitted. “It sort of did when they gave me a piece of the track, it’s good to leave with a piece of Daytona, than leave Daytona in pieces I guess! It was a wonderful gift. But you know, it’s been business as usual. It’s just odd that I’m not looking ahead to Sebring.

“For the last five years people have kept asking me when I’m going to retire. And I guess that towards the end of last year I thought that there’s nowhere else I can go now, there’s nothing more I can achieve above what I’ve already done. I could win my 14th championship, or get my 89th win, but I’m close to my family now.

“So it all came together, I spoke with Lexus, they embraced it and made me a brand ambassador for another three years.”

Upon retirement, Pruett says he’ll focus on family life, as well as his personal vineyard, which will keep him occupied on weekends. 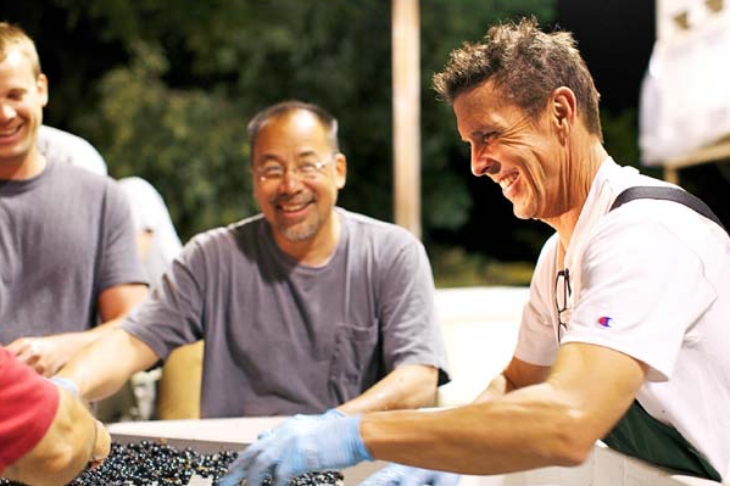 “I’m looking forward to it, and I’m going to run Pruett vineyard, it’s very small, I pin all the vines, I do all the making because I don’t just want my name stamped on it. Those of us in the industry know Wine Spectator, they’re the experts, and they rated our 2012 vintage the highest in the world, with 96 points. That’s surpassed my expectations, so it’s something that I’m going to enjoy.

“It’s such a departure from racing too. In wine, it’s all about working on something that takes years, whereas in racing, I’ve concentrating on fractions of seconds for the past 50 years.

“I’ll still come to races though, I’ll work with Lexus on its road car side too, I just won’t be racing.

“Looking back now, there’s not one moment that stands out, the thing I’m most proud of is getting out of this industry with my integrity, people valuing me and my respect for my family. And that means more than any race win.”