Subaru and R&D Sport will once again collaborate in the GT300 class with a full-on factory effort with their #61 Subaru BRZ (above).

Makoto Shibuya of Subaru Technica International (STI) has been appointed the team’s general manager. The driver lineup for 2018, however, remains unchanged from previous seasons, with Takuto Iguchi and Hideki Yamauchi returning for their fourth season together.

With these refinements, Subaru strives to finally capture a long-elusive GT300 championship.

VivaC Team Tsuchiya have reverted back to their original name, Tsuchiya Engineering, in advance of the 2018 season. This comes as title sponsor VivaC is currently involved in a massive ¥15 Billion (JPY) bankruptcy case involving fellow construction equipment reseller ProEarth.

It won’t deter the plans of the team that won the title in 2016, with ace driver Takamitsu Matsui returning to pilot their Dome-constructed #25 Toyota 86 MC. 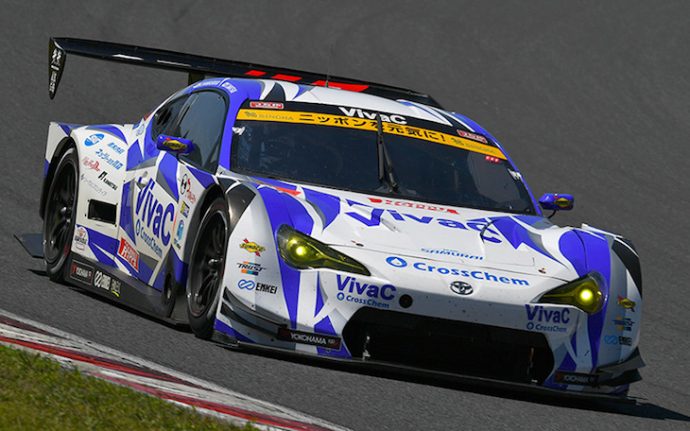 For 2018, they have also recruited Toyota Young Driver Program (TDP) prospect Sho Tsuboi, formerly of LM Corsa, to drive alongside Matsui. Tsuboi was the inaugural FIA F4 Japanese Champion in 2015, and in 2017, he finished runner-up in the All-Japan Formula 3 Championship.

2016 Porsche Carrera Cup Japan champion Tsubasa Kondo will return as their third driver, and is expected to participate in both the long-distance rounds at Fuji Speedway this year.

Porsche’s efforts in GT300 will once again be led by D’station Racing, and Pacific with Gulf Racing, fielding a pair of Porsche 911 GT3-Rs. 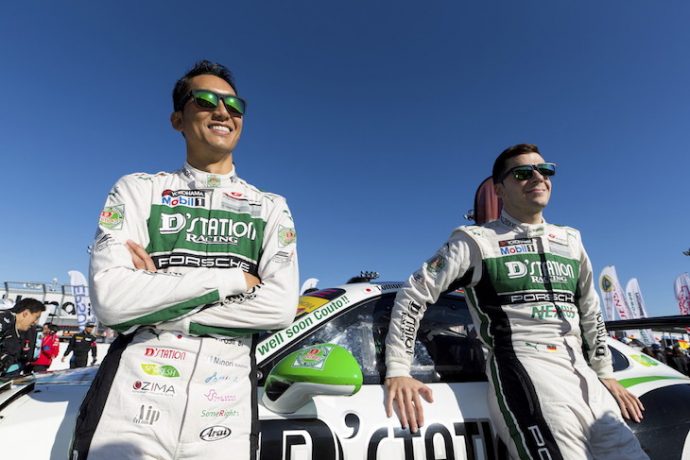 D’station Racing will carry the 2018 Evo package on their entry, which has now changed from the number 33 to 7 this year, the number vacated by the departing BMW Team Studie.

Tomonobu Fujii and Sven Müller will return as their primary drivers for 2018, and Müller, who celebrated his 26th birthday last week, will run all eight rounds after only having a partial slate to work with in 2017.

For the third straight year, the #9 Gulf NAC Porsche 911 will have an all-new driver lineup, with Rintaro Kubo coming over from apr Racing, and last year’s Super Taikyu ST-TCR co-champion Keishi Ishikawa moving from Rn-sports.

They replace the departing Jono Lester and Kyosuke Mineo, who both announced their departures in January via social media. 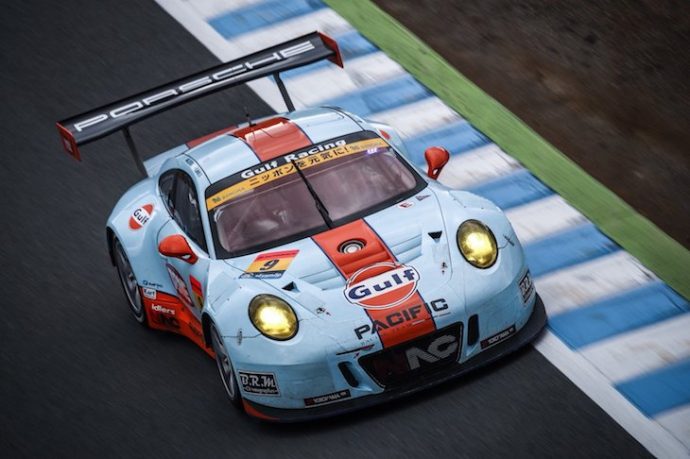 There’s been no confirmation as to whether or not Pacific with Gulf Racing will run the 2018 Evo package on their car.

EIcars Bentley continues on for 2018 with first-gen Contintental GT

Fans of the outgoing first-generation Bentley Continental GT3 will have another chance to see it in action as EIcars Bentley announced their return to the series in 2018. 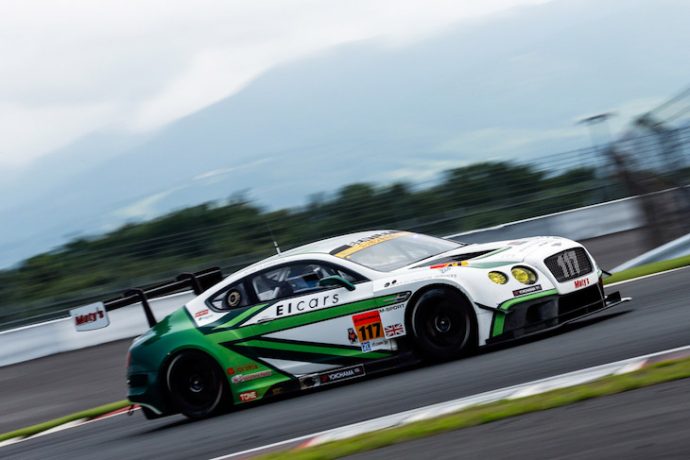 GT500 race winner Yuji Ide will once again partner multi-time Super Taikyu champion Ryohei Sakaguchi, hoping to improve on what was very much a learning year in 2017.

With the announcement also comes the news that the team have parted ways with Hiroyuki Teramoto and the Teramoto Technical Office (TTO) for 2018.

And just this past weekend, EIcars Bentley announced that second-generation racer Ryo Ogawa – son of the late Toyota racing legend Hitoshi Ogawa, would join them in the first pre-season test at Okayama, with the long-term plan being a long-awaited Super GT debut.

Including these teams and the announcement of the confirmation of four Nissan GT-R NISMO GT3s, the GT300 grid is now up to 20 cars, 18 with confirmed drivers for this season – though we still await announcements from the likes of Audi Team Hitotsuyama, K2 R&D LEON Racing, and JLOC among other noteworthy squads.

Those final places on the grid will likely fill up during the two official pre-season tests, the first held on March 17-18 at Okayama International Circuit, the second from March 24-25 at Fuji Speedway, and DSC and Super GT World will cover as much of it as possible!