CJ Wilson Racing have confirmed on today’s edition of Midweek Motorsport on the Radio Show Limited Network that the team has entered an Acura NSX GT3 in the GTD class of the 2018 WeatherTech SportsCar Championship. 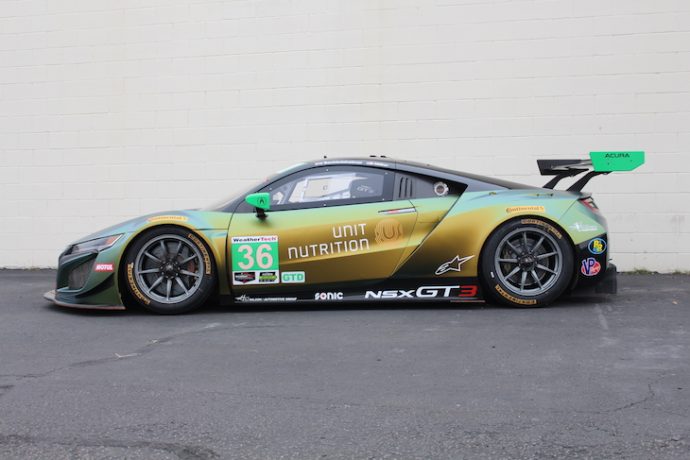 Marc Miller and Till Bechtolsheimer are confirmed as drivers with additional names to be added to the programme at a later date.

The initial race programme will consist of the final three races of the North American Endurance Championship (The 12 Hours of Sebring, the Six Hours of the Glen, Petit Le Mans) with further IMSA events likely to be added to the programme in the coming weeks. The car is currently at Sebring international Raceway ready for the IMSA test tomorrow and Friday. 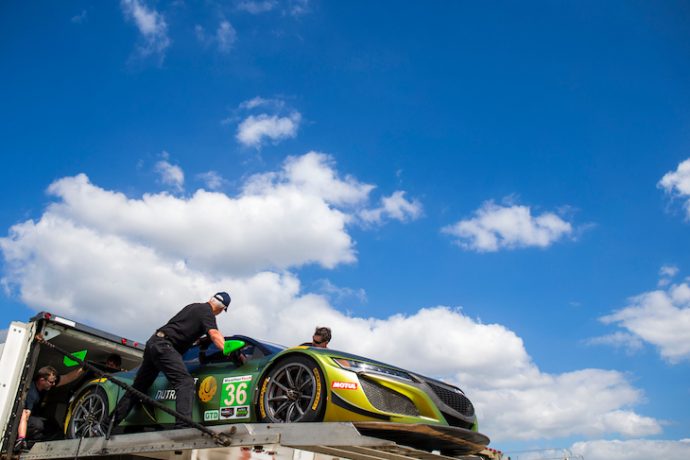 In addition CJ Wilson Racing is actively pursuing opportunities with drivers and partners to run the California 8 Hours, the Michelin IMSA SportsCar Encore and Creventic’s 24 Hours of COTA event in 2018.

Andris Laivins, Team Manager On Acura: “CJ and I were both teens in the 90’s when the original NSX came out; it was up there on the fantasy car list with Porsches and Ferraris and it’s pretty cool to be running it’s successor now.

“We are jumping in as one of the first customers of HPD and Acura for this car after its development year in 2017, and I’ve just been blown away by how great they’ve been since we started talking last summer. 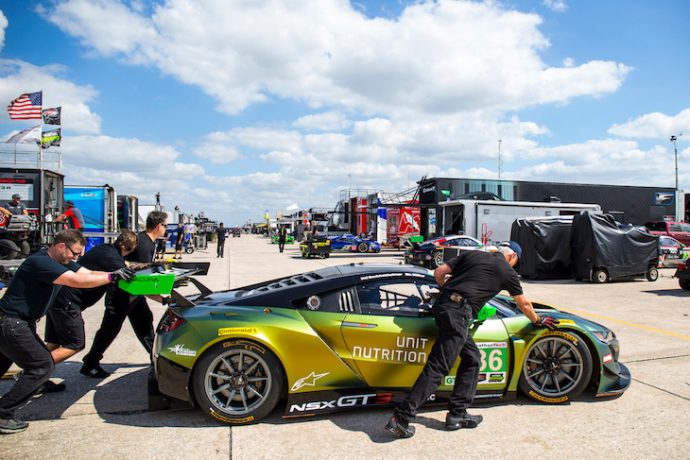 “Interestingly, in a lot of ways the Acura NSX is an American car, built in Ohio, and the GT3 project is fully supported by HPD in the US.  It’s made dealing with Lee (Niffenegger) and Steve (Eriksen) super easy, with an entire support and parts infrastructure in this country.  On top of that, the guys that put in all the hard development work at Michael Shank, Realtime, and HART have gone out of their way offering all kinds of help to get us up to speed.”

On team progression: “CJ Wilson Racing started in Mazda MX-5 Cup and running the 25 hours of Thunderhill, and the plan was always to grow at our own pace to eventually campaign a proper GT car.  Honestly, it’s been a tough off-season working to put this together, but I couldn’t be happier to finally get out there in the deep end.

“We have a lot to learn, and we’re going to do it at our own pace; I think our years in the Continental series were critical preparation for the technical and commercial challenges in Weathertech. 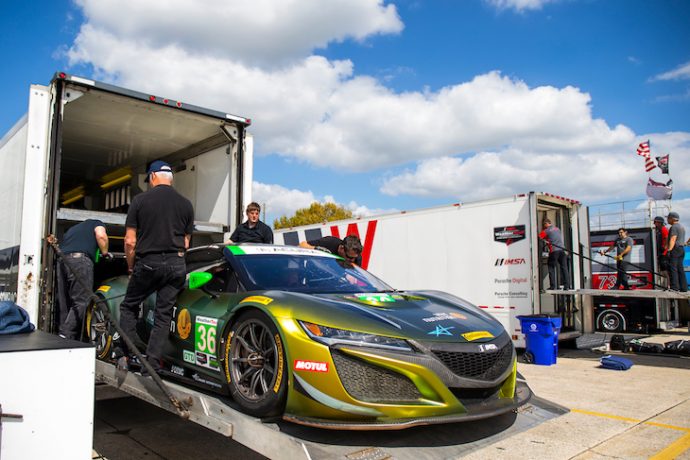 “Right now, the plan is to run the remainder of the Patron NAEC, and hopefully add on a couple other rounds as we go.  Last fall, as we approached Thanksgiving, it became clear that putting a proper effort on track for the Roar and Daytona was going to be tough, and the last thing you want to do is show up to the biggest race of the year unprepared, so we made the tough choice to sit it out and keep working.

“We also have our eye on some of the post-season endurance races like the Michelin IMSA event, the Intercontinental GT race in Monterey, and the COTA 24 Hour; we’ve had a bunch of customer inquiries on that front in a couple of categories.  Now that we have a proper GT3 machine in the stable, it’s natural to run it as much as we can.”

CJ Wilson, Team Owner: “As a young kid watching IMSA races it was always my dream to race in the premier sportscar series. It looks like I still have some time before I race in WeatherTech but happy for Marc and Till to take on the toughest track in the country in the NSX.

“We have been aiming to get into this paddock for years but now the real fight begins to see what we can do against the much more experienced teams.

“So we felt like, hey, if we’re going to go in and spend X amount of dollars, maybe we’re better off spending that in GTD, and getting our feet wet, and taking a real run at this and being where we want to be, which is having a chance to compete with the best teams in the Western Hemisphere.”

“Between Realtime and Shank the last two years, if you look at that cumulative data, they’ve put a lot of miles on these cars and they’ve figured a lot of stuff out. HPD has been very helpful with that.

“Well, I think the Acura proved last year that it was competitive. They had a lot of different successes at different tracks, different types of tracks with Catherine [Legge]  and Andy [Lally] driving. I think they did a great job of showcasing the speed of the car.”

Marc Miller, Driver: “I have had a long tenure at CJ Wilson Racing where what seems like a short time ago I was helping out the MX5 Cup program to provide good cars for customers, then to run in the second MX5 Continental Tire Series car to aid in development. Fast forward to series wins and championship contending years in both ST and GS we are now making the next transition for our team into the WeatherTech Series. I have been lucky enough to be involved in the WeatherTech Championship over the past couple of years and now seems fitting that our CJ Wilson Racing team can focus on this next step as well. 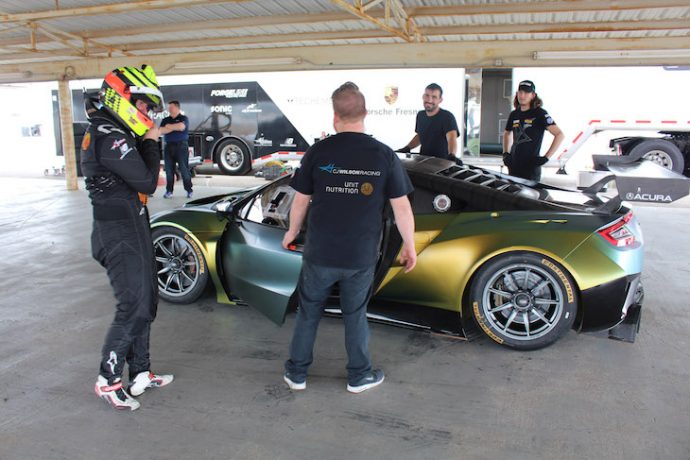 “Having missed the Rolex 24 and ROAR tests, we do have an uphill climb not having the amount of track time or experience compared to the competition. Our focus is to treat this season as a learning experience and hopefully make some solid impressions against a very sturdy GTD field.

Till Bechtolsheimer, Driver: “The move to WeatherTech Championship is a big step for the team and an even bigger step for me but I couldn’t be more excited. Competing in GTD has been my goal for some time and I hope my time in GS has given me a solid foundation. The 2018 season is all about learning and finding our feet in a hyper competitive series. 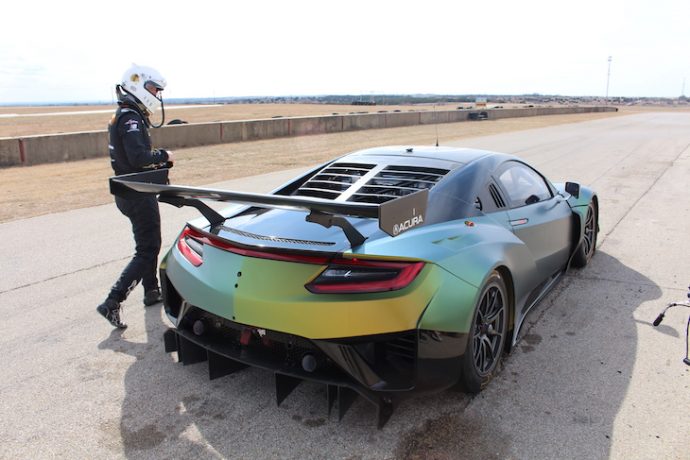 “It’s hard to believe I’ll be lining up on the grid of the Sebring 12 Hours in just a few weeks. It’s one of the most iconic races in the world and one that I had always hoped I would get a chance to participate in. I hope that some time in the car at the Sebring test will help get us ready for the challenge.