SMP Racing has announced via twitter that French LMP1 veteran Stephane Sarrazin is set to compete with the team during the 2018/19 FIA WEC season in one of its BR1 AER LMP1s (below).

This move marques Sarrazin’s departure from Toyota Gazoo Racing, after the Frenchman competed with the Japanese factory team from the inception of its WEC LMP1 programme back in 2012. 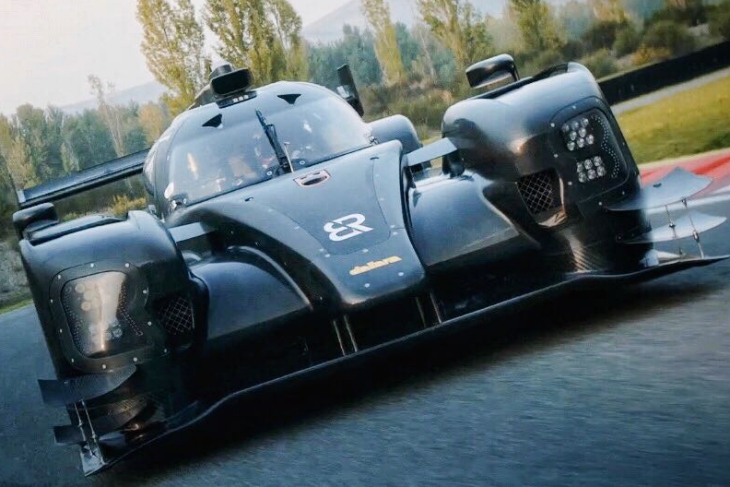 It’s also Sarrazin’s return to full-time FIA WEC competition, after the 42-year-old moved into a reserve driver role at Toyota in 2017, competing in just one race for the team at CoTA, which Anthony Davidson (the team’s new reserve driver for 2018/19) missed.

During his time at Toyota, Sarrazin made 42 race starts, and scored three poles and three wins. His sportscar career has seen 16 starts at Le Mans

SMP Racing has now confirmed three of its six full-time WEC drivers, after the Russian outfit revealed that ex-F1 driver Vitaly Petrov and IndyCar driver Mikhail Aleshin would compete, by naming them in on the full-season WEC entry list.

“I am pleased to welcome Stephane into the ranks of SMP Racing,” said Boris Rotenberg, founder and head of the SMP Racing programme. “This is a truly universal driver, who will drive his 17th and 18th marathons in Le Mans under the Russian flag. I am sure that the invaluable experience gained by Stephane in Toyota, who fought desperately for the absolute championship for more than one year, will help us in the debut in the category LMP1 on the Russian prototype from BR Engineering. The first results of teamwork we can evaluate in three weeks, during the tests in France. ”

“It’s great that I joined the SMP Racing team this season,” said Stephane Sarrazan. “This is a new challenge and an excellent experience for me after six seasons of working with Toyota.”

“With SMP Racing, I have known for a long time – this is a strong and experienced team. And I am convinced that we will achieve all the goals set by speaking on the new BR1 car of the LMP1 class. To do this, I will put all my strength, all my positive attitude and accumulated experience.”

‘The whole team would like to thank Stéphane for his enthusiasm and dedication during six seasons of high-level competition and wish him well for his new challenge, racing for the SMP Racing team in WEC.’

Hisatake Murata, Team President: “Stéphane is one of our original Le Mans drivers from 2012 so we have experienced many emotions together. He brought experience and determination to our project, contributing significantly to the development of our team and technology. For this we sincerely thank him and wish him well for the future. We are looking forward to competing with Stéphane again in WEC this season, which we expect to be an exciting one for endurance fans.”